Iran: Arrests and Imprisonment of Rights Activists in Different Cities 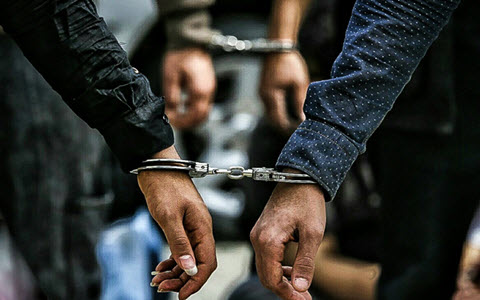 NCRI – The Iranian regime’s security forces arrested a Teacher’s guild activist in Tehran and a Gonabadi dervish in Qom.

Amir Ali Mohammadi Labaf, a dervish of Gonabad, was arrested by the security agents on Monday, September 18, in front of Judiciary department in Qom. In 2006 he was sentenced to 5 years imprisonment, 74 lashes and five years of exile on charges of disturbing the public’s minds and creating inquietude as well as insulting the sanctities due to performing prayers at the meeting of dervishes. The sentence was then enforced.

On the other hand, Mokhtar Asadi, a member of the Teachers’ Guild Association in Kurdistan province, was arrested on Monday in the Public Prosecutor’s Office of the so-called Holy Martyrs in Tehran. He was summoned by telephone for talks on the bail, but was detained at the prosecutor’s office and transferred to Evin Prison for a one-year imprisonment. Assadi was sentenced to one year in prison last year.

During the past few days, a number of teachers’ rights activists, including Mahmoud Beheshti Langroudi, secretary general and spokesman for the Teachers’ Guild Association of Iran were arrested.

Previous articleMrs. Maryam Rajavi Welcomes the First Testimony by a US President Underscoring the Need for Change in Iran
Next articleIranian Child Laborers; Driven out for Not Having a Birth Certificate