Iran: Baha’i family not allowed to bury their child 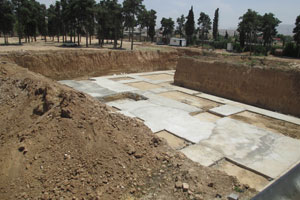 NCRI – The parents of a 12-year-old girl who passed away last week in the city of Tabriz have not been allowed to bury their daughter after authorities found out that the family belongs to the Baha’i community.

Mahna Samandari, who suffered from a form of paralysis that impaired the use of her hands, died a week ago.

Earlier in August, the Iranian regime’s Revolutionary Guards Corp (IRGC) resumed its demolition of a Baha’i cemetery in Shiraz, Iran, after pausing for several months in the face of international pressure, the Baha’i International Community reported.

IRGC has removed human remains from the graves of some Baha’is in the cemetery, placing them in an open canal to make way for the construction of a new cultural and sports complex.

In this historic cemetery, established in the 1920s, 950 members of the Baha’i community have been buried. They include ten women who were executed by the Iranian regime in June 1983.

The Iranian Resistance condemned this heinous act as part of the trend in intensifying suppression and violation of human rights in Iran that, since the start of Hassan Rouhani’s presidency a year ago, has taken on an unprecedented scale with over 1000 executions.