Iran: Brutal and Medieval Punishment of Youth Arrested During the Fire Festival in Mashhad 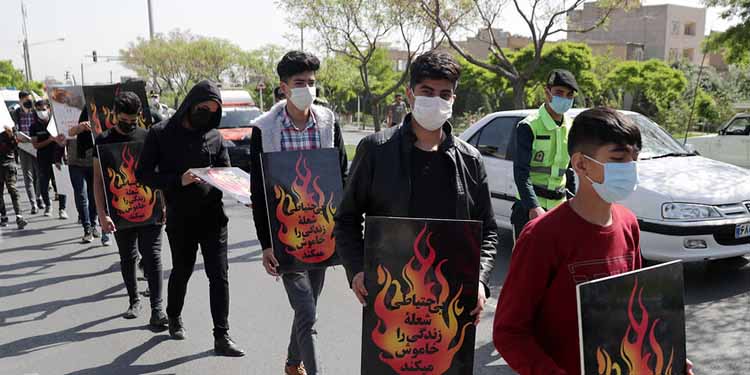 In a disgraceful attempt to publicly shame and humiliated those arrested during the fire festival (Chaharshanbeh Souri) on March 16, 2021, the mullahs’ regime paraded 34 young men in the streets of Mashhad, capital of the northeastern province of Khorasan Razavi on Thursday, April 22, 2021. These young men were forced to march into the streets of Mashhad while carrying signs in which they apologized. . According to state media, this inhuman and medieval punishment was carried out “in the presence of Judge Hadi Shariatyar, Deputy of the Revolutionary Prosecutor’s Office of Mashhad.” The state-run Hamshahri newspaper described the disgusting act as “parading the accused in Fire Festival” into the streets of Mashhad as part of “pre-emptive measures by the deputy for social affairs.”

The victims, some in their teens, were being driven around the city surrounded by dozens of members of the State Security Force (SSF). The theatrics was designed to intimidate the public in a desperate attempt to prevent the outbreak of popular uprisings. On Tuesday, October 6, 2020, in another criminal act, the clerical regime tortured and humiliated five young people in public by labeling them “thugs” and parading them on a car in the Moshiria area of Tehran, which aroused widespread outrage.

By torturing and humiliating the youth in public, torturing political prisoners, executions, and lengthy prison terms, the clerical regime wants to prevent the outburst of public outrage. Such efforts, however, only exacerbate the people’s hatred toward and disgust for the regime. The Iranian Resistance urges the United Nations Secretary-General, the UN Human Rights Council and the UN High Commissioner for Human Rights, and the relevant UN rapporteurs to condemn these inhumane crimes and medieval punishments, and to refer to the dossier of systematic and egregious human rights violations in Iran to the Security Council and to bring to justice the leaders of this regime for their continuing crimes against humanity. 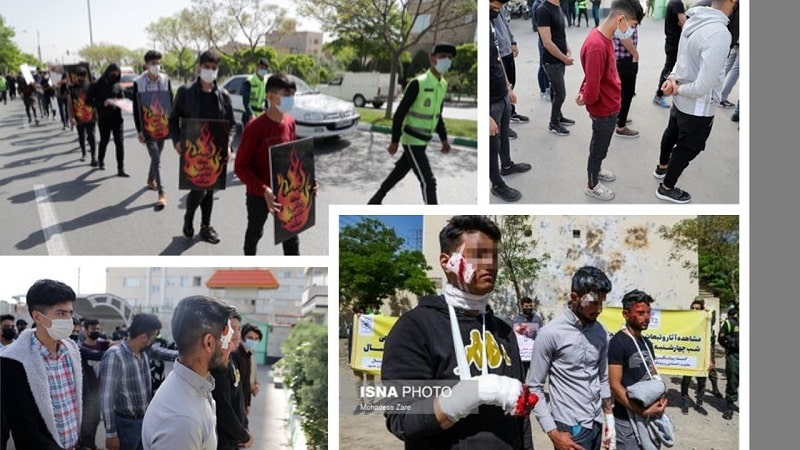 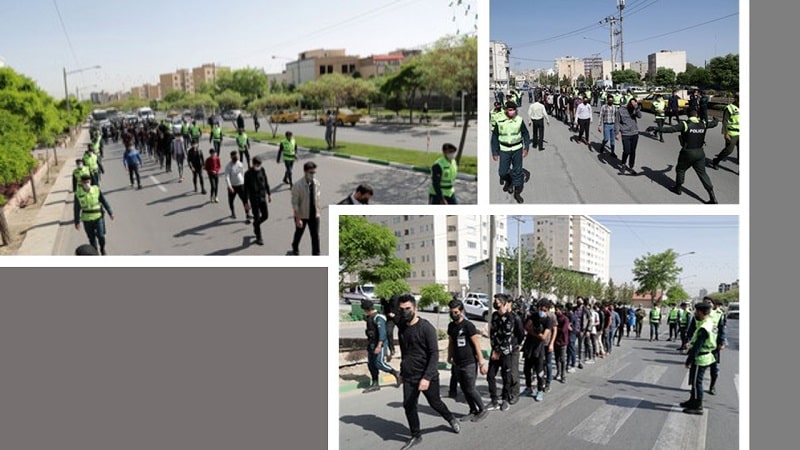 Secretariat of the National Council of Resistance of Iran (NCRI)
April 23, 2021