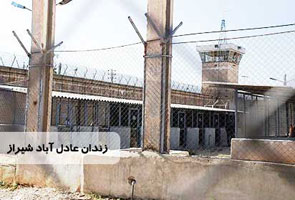 NCRI – A sentence of four years imprisonment with physical torture has been confirmed on political prisoner Kasra Nouri by a court in the Iranian city of Shiraz.

Mr Nouri, 22, a campaigner for the rights of Gonbadi Dervishes, was first convicted five months ago of propaganda against the government, acting against national security and insulting the Supreme Leader.

His appeal against the sentence has now been rejected.

Also, in Rajaei–shahr Prison in Karaj, prisoner Shahram Pourmansouri has been beaten by wardens for going on hunger strike in protest to inhumane conditions at the prison.

Mr Pourmansouri has been in prison for 13 years. His brother is also jailed and both were under the age of 18 at the time of their arrest.

Previous article
Iraqi forces amassing in Camp Ashraf threaten remaining Iranian residents with massacre
Next article
NCRI – An attack on Syria would be considered an attack on the Iran, Syria’s deputy Foreign Affairs Minister Faisal Meghdad has warned. His comments come as the Iranian regime has pledged its full support for Bashar al-Assad’s embattled regime and insist