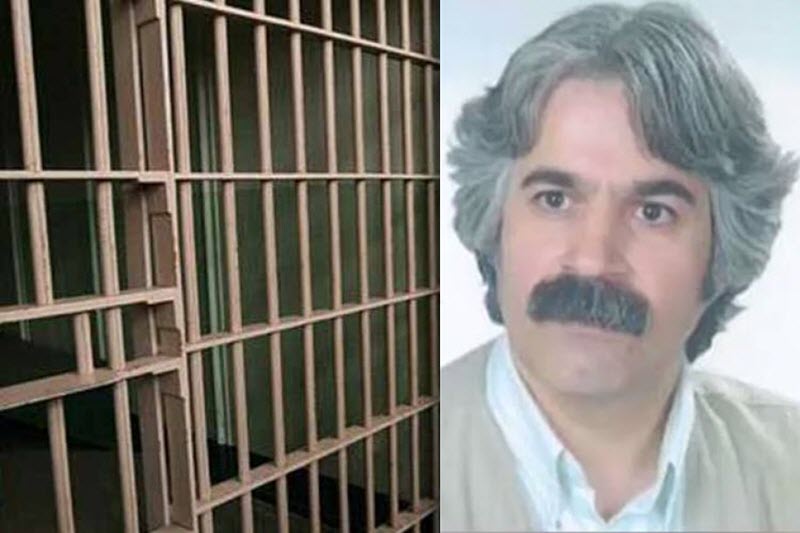 On Monday, February 11, as Iran marked the 40th anniversary of the 1979 Revolution, Mehdi Farahi Shandiz, a teacher, started to chant about the torture and executions carried out by the mullahs since they stole power.

Following that, Farahi Shandiz, 57, was moved from hall 6 to solitary confinement in hall 14 in Karaj Central Prison.

Farahi Shandiz, a labour activist and private high school tutor, is serving nine years in prison for three separate charges of “insulting the supreme leader”; six years are for charges brought against him since he has been in prison.

He was first arrested in May 2009 for taking part in a gathering on International Labor Day. He was detained for nine months; most of which he spent in solitary confinement in the Intelligence Ministry’s Ward 209 at Evin Prison.

Then, he was arrested again in June 2010, charged with “insulting the supreme leader”, and severely tortured at the Kahrizak detainment facility in southern Tehran. He was released on bail two months later.

Reportedly, he shouted ‘death to Khamenei’ in frustration, following his repeated failed attempts to retrieve his personal belongings confiscated during his first arrest.

In May 2011, he was sentenced to three years in prison and began his sentence in January 2012. He has never been released.

When he was in Evin Prison, the guards would often make up a reason for him to be sent to solitary confinement so that they could assault him.

During these attacks, Farahi Shandiz would often shout ‘death to Khamenei’, which the guards reported and resulted in two more charges against him.

On Iran’s National Student’s Day in December 2018, Farahi Shandiz sent a message to his compatriots to encourage them to keep fighting the good fight and keep protesting against the Regime.

He wrote: “Presently, under the evil shadow of the religious dictatorship, it is the students who are uniting with the unprivileged workers of our country by chanting, ‘We are the children of workers, we will stand by their side’. The religious dictatorship has no other solution than to arrest and torture workers who have taken to the streets to reclaim their most basic rights.”

He then expressed support for the students who joined the protests led by workers of Haft Tapeh and Ahvaz Steel Company, calling it ‘a new chapter in creating a society’.”

He wrote: “I am proud of these students. I encourage you to stay true to the principles of freedom and strive to establish a society based on freedom of thought and expression. Don’t let the university, the holy bulwark of freedom, be occupied by tyrants.”