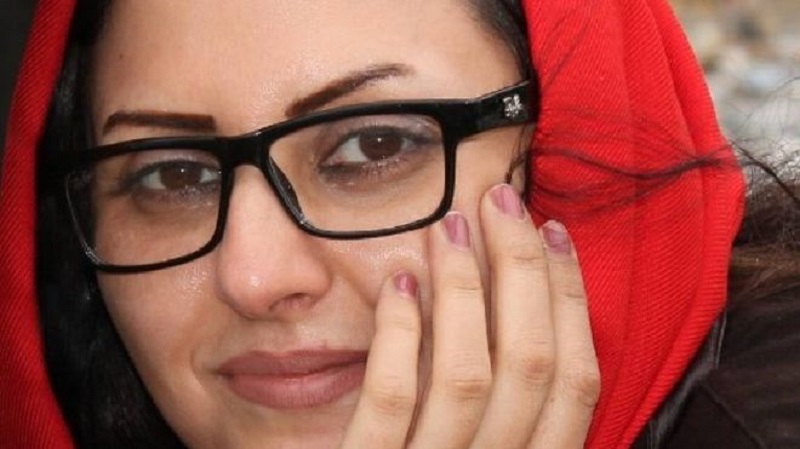 Civil rights activist : Critical Health Situation of Prominent Lady Political Prisoner
The health of political prisoner Golrokh Ebrahimi Iraee has significantly deteriorated now that she has been on hunger strike for 50 days. pic.twitter.com/fUGuIfvm4x

On October 24, 2016, her residence was stormed by security forces and she was taken to Evin Prison to serve her sentence. Her husband, Arash Sadeghi, went on a hunger strike in protest, and after 72 days, Golrokh Ebrahimi Iraee was released on January 3, 2017.

On January 22, 2017, Golrokh Ebrahimi Iraee was arrested again as she was heading to the hospital where her imprisoned husband was supposed to be examined.

Iraee was released on bail in April 2019 after serving three and a half years of a six-year prison sentence primarily for writing an unpublished story about stoning in Iran.

Her husband, civil rights activist Arash Sadeghi, has been serving a 15-year prison sentence for peaceful political activities since 2016 and is in poor health following a cancer operation last year.