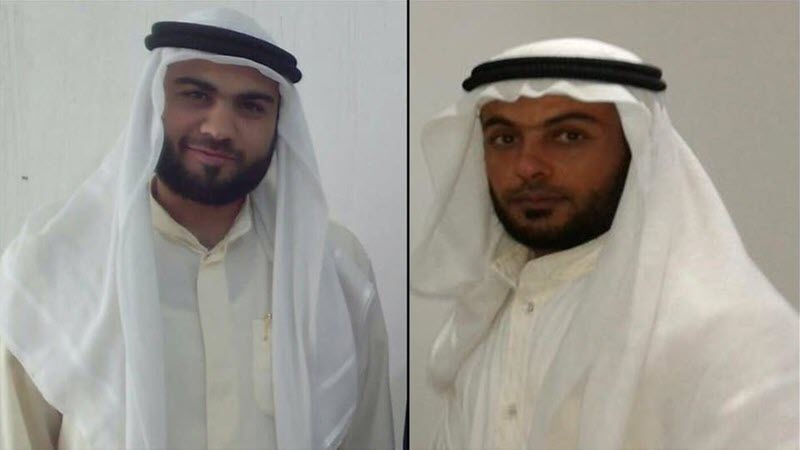 The Iranian regime has executed two members of the Ahvazi Arab minority population who were opponents of the regime.

Abdullah Karmollah Chab and Ghassem Abdullah, from Iran’s Ahvazi Arab minority, were executed in the Fajr prison in the south-western city of Dezful, according to state media.

They were executed on Sunday, August 4, 2019 following months of torture during which both were forced to make false confessions.

The official IRNA news agency said Sunday the two men were convicted of “enmity against God” (moharebeh) in connection with an armed attack in October 2015, which left two people dead. The men, however, had denied any involvement in the attack.

Their lawyers had said there were no evidence linking them to the attack and have identified inconsistencies between the “confessions” that led to their convictions and the accounts of eyewitnesses present at the scene of the crime.

On October 19, 2015, both men were arrested by the regime’s Ministry of Intelligence and Security (MOIS) and held in solitary confinement in an unknown location for six months. They have since been moved to several different detention centres. They have been given extremely limited access to their families through irregular telephone calls and only one visit.

On April 9, 2019, they were transferred to an MOIS detention centre in Hamedan province, where they had been denied access to their families.

During his imprisonment, Abdullah told his family that the regime’s interrogators had subjected him to physical and psychological torture, including hanging him upside down by his legs and beating him, and subjecting him to mock executions, telling him that they would bury him in an unmarked grave in a “graveyard which has no signposts”.

For three days, he told his family, the regime interrogators had woken him up by putting a sack over his head as though they were about to take him to be executed, telling him that if he “confessed”, he would not be executed. He rejected these attempts at blackmail, insisting that he was innocent and had committed no crime.

On the third day, he said he heard one of the interrogators say: “Just let him go. If he had anything to confess he would have done so by now.”

Both men were prevented from appointing lawyers, even during their trials when they were represented by a state-appointed defence attorney.

During their trial before the Revolutionary Court in Ahvaz on June 22, 2016, they reportedly removed some of their clothes to show torture marks on their bodies to the court.

However, no investigation was ordered. The Iranian regime’s Supreme Court later quashed the conviction and sentence due to lack of evidence and flawed investigations and ordered a retrial. On July 6, 2017, they were sentenced to death again.

In May 2019 Amnesty International urged the Iranian regime “release them unless there is sufficient evidence, not obtained through torture or other ill-treatment, to charge them with a recognizable criminal offence,” and “grant them a fair trial, without recourse to the death penalty.”