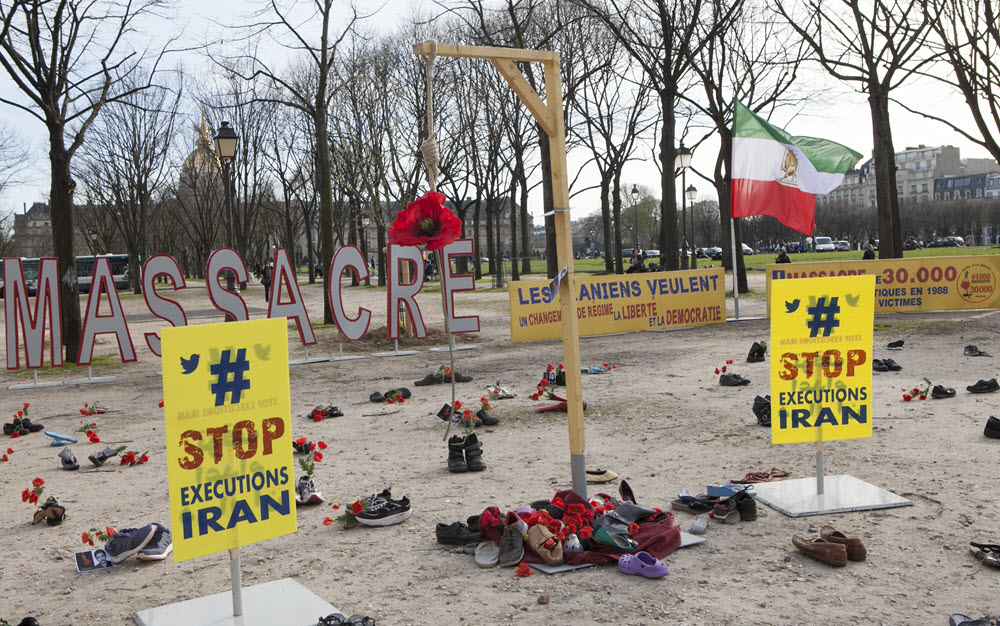 The victims’ names were not given.

Iran is the world’s number one executioner per capita.

On June 10, political prisoner Ali Reza Shir-Mohammad-Ali, 21, was stabbed to death at the Fashafouyeh Prison (Central Prison of Greater Tehran) in a premeditated criminal plot by the mullahs’ regime.

Two of the regime’s mercenaries who attacked him were among dangerous criminals. Shir-Mohammad-Ali was arrested last year and sentenced to eight years in prison on bogus charges such as insulting Khomeini and Khamenei and propaganda against the regime.

He had gone on hunger strike from March 14 to April 16, 2019 in protest to lack of separation of political prisoners from ordinary and dangerous criminals and insecurity, and in protest to the dire health and living conditions in the prison.

Following his murder, the Iranian Resistance once again called for condemnation of the crimes of the clerical regime against political prisoners by the United Nations Security Council and the Member States, the European Union, the UN Human Rights Council and the High Commissioner for Human Rights, and relevant rapporteurs and other international human rights organizations. It once again insisted on the call of Maryam Rajavi for the establishment of an international delegation to visit prisons and political prisoners in Iran.

Previous articleWorld Powers Call out Iran’s Regime for ‘Nuclear Blackmail’
Next articleKhamenei’s Representative: Cost of Compromise With U.S. Is Greater Than Cost of Confrontation