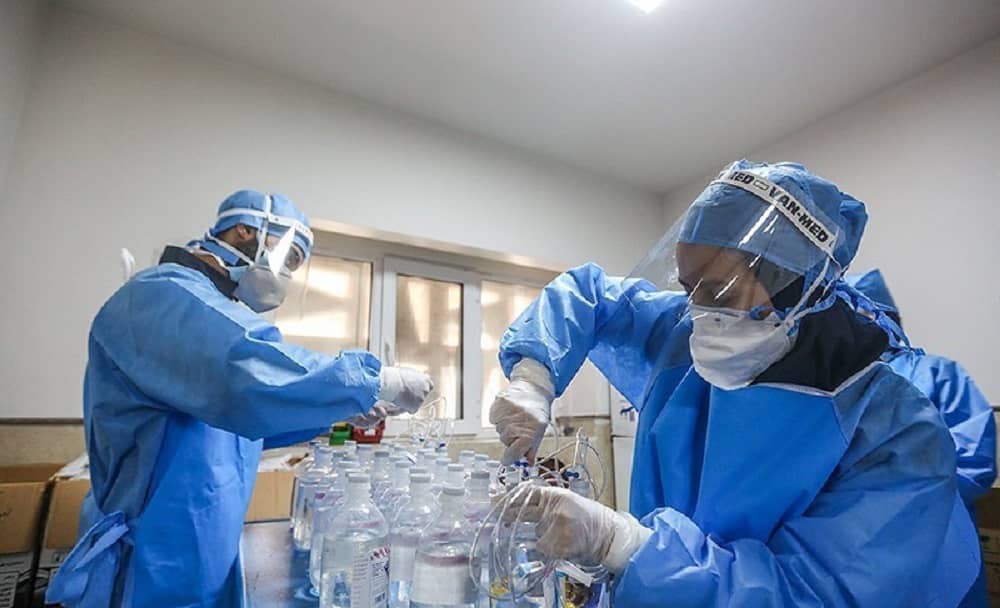 “Another bitter spring with thousands of Covid-19 fatalities passed. But the Health Ministry’s promise of providing people with Sputnik-V produced by Iran until the end of spring and thousands of other ‘good’ promises were never fulfilled. Yet, the Minister continues his speeches and giving promises,” wrote the state-run Mostaghel daily on July 12.

Over 330,500 people have died of the novel coronavirus, according to reports tallied by the People’s Mojahedin Organization of Iran (PMOI/MEK) as of Friday afternoon local time, July 16. Yet, the regime refuses to vaccinate people.

“How many Covid-19 waves should pass, how many people should die, so the [regime] adopt a scientific method to accelerating vaccine? How many lungs and souls should suffer, so the Health Minister fulfill its institutionalized responsibilities and stop their mismanagement?” Mostaghel article adds.

The Iranian regime initiated an inhumane Covid-19 policy, using this deadly virus and its mass casualties to control the restive society that showed its willingness to overthrow the regime during the major Iran protests in 2019.

The regime’s Supreme Leader, Ali Khamenei, described Covid-19 as a “test” and “blessing” and later banned the entry of credible vaccines.

Instead of acting, the regime officials keep blaming people and praising their so-called “management,” which has resulted in over 300,000 deaths.

“During this period, the officials of the Ministry of Health insulted the people, and a few days ago, the Minister of Health announced why he should apologize to the people. He is right; he does nothing, he should not apologize for sitting in a position where he should seek to save people’s lives yet does nothing. The apology should be made by those who appoint his likes as a minister so he could insult the possible,” wrote the state-run Eghtesad-e Pouya daily on July 14.

“People do not ask much from the Minister of Health except to provide vaccines or masks so they could survive. So far, several thousand people have lost their lives because the Ministry of Health could not import the vaccine. The Minister does not express sympathy for the victims. There is a lot to apologize for, Mr. Minister,” Eghtesad-e Pouya adds.

“Mr. Minister, you explicitly announced on national television that 400,000 people would be vaccinated by Saturday. How many people have been vaccinated?” Eghtesad-e Pouya wrote.

The regime’s inhumane Covid-19 policies and deception have increased society’s restiveness. The ongoing protests in Iran and the major boycott of the regime’s sham election are testaments to this fact.

Therefore, state-run media warn the regime of the consequences of pursuing the same Covid-19 policy.

“How could you joke with people’s lives? Would you have done the same thing if they were your loved ones? When you do this, you destroy the public’s trust. This is [dangerous],” Eghtesad-e Pouya warned.

Previous articleIran: Coronavirus Death Toll Exceeds 331,300
Next articleIran: The Third Day Of The Uprising Of The People Of Khuzestan In Ahvaz, Shush, Karkheh, Susangerd, And Kut-abdollah