Iran: U.S. Senators Call for Blacklisting of Raisi and Khamenei 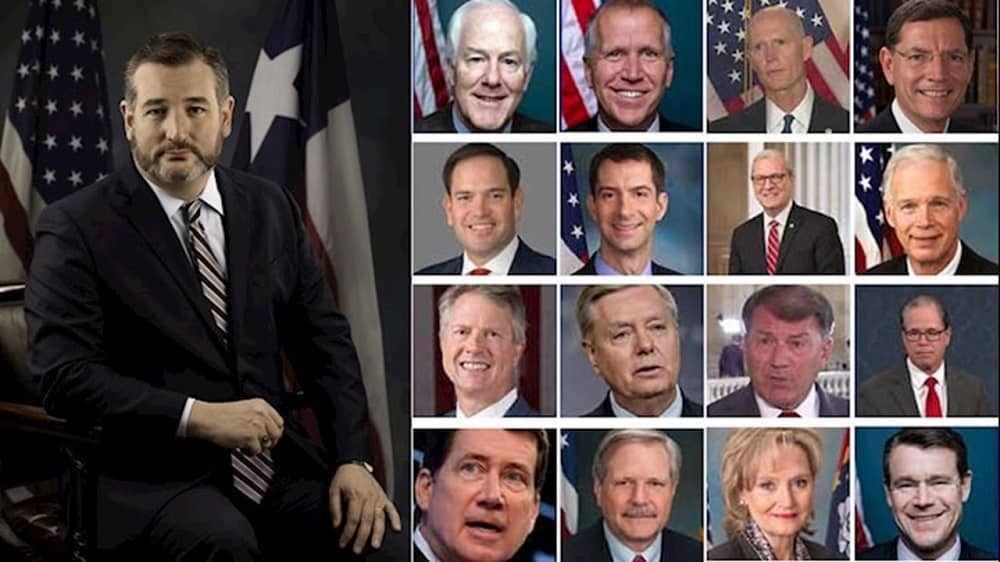 Upon introducing this legislation, Senator Cruz underlined that “Raisi is responsible for the butchering of tens of thousands of innocent Iranians. They should both be subject to the full force of American sanctions. I am proud to introduce this legislation to ensure we continue imposing critical sanctions to isolate the Iranian regime and block their malign activities.”

Senator Kevin Cramer (R-N.D.), another co-sponsor of this bill, said: “Ayatollah Khamenei and Ebrahim Raisi have used their positions to enrich themselves while terrorizing Iranian citizens and America’s allies. Our bill would prevent President Biden from rolling back the sanctions placed on these morally bankrupt members of the Iranian regime.”

“America must hold Iranian leaders accountable for decades of violence, terrorism, and human rights abuses, and Ayatollah Khamenei and Ebrahim Raisi should be sanctioned under the Global Magnistky Act. As the Iranian regime cracks down on Iranians demanding basic freedoms, now is not the time for America to ease pressure on despots who have systematically oppressed their own people and jeopardized the security of the rest of the world,” said Senator Thom Tillis (R-N.C.)

Raisi is a notorious criminal who has held top positions in the regime. Before becoming the regime’s president, Raisi was the Judiciary Chief and oversaw the crackdown on Iranian protesters during the major Iran protests in November 2019. However, Raisi’s dark human rights record goes back to the 1980s. Raisi was a member of the “death commission” in Tehran that was responsible for the massacre of political prisoners in the summer of 1988. Over 30,000 political prisoners were massacred in 1988; most of the victims were PMOI/MEK supporters.

Previous article
Iran: Uprising In Ahvaz, Susangerd, Shush, and Other Cities of Khuzestan in Protest To Water Shortage Enters Fourth Day
Next article
Amid Protests in Khuzestan State Media Acknowledge Source of Crisis and Its Consequences