Iran: violent attacks of the security forces to section 5 of Central Prison in Karaj, and the transfer of 6 prisoners to the solitary confinement 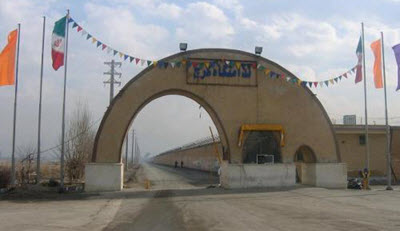 The Security & Intelligence forces accompanied by prison guards, brutally beat many prisoners while inspecting and destroying their belongings, and transferred six prisoners to the solitary confinement for further interrogation.

These criminal agents also threatened the prisoners of this section, majority of whom aresentenced with death by hanging, that their execution would occur earlier if they do notcooperate.

The security forces have asked prisoners to explain the leakage of news reports onexecutions in this prison, including that of the 12 prisoners who were hanged at the dawn of 6 th Shahrivar (28th August).

The prisoners of this prison had reported to out of their prison, audio and video documents of sentenced inmates prior to their executions. This is what sparked anger in the Revolutionary Guards, who then violently raided and brutally attacked the prisoners.

Previous articleIran: escalating pressure on political prisoners
Next articleDaughter of executed Sunni prisoner: I ask God we meet in heaven