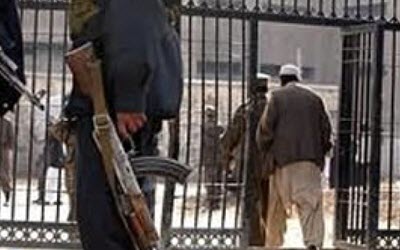 NCRI – According to reports, Zabol Central Prison in Sistan and Baluchestan Province (Southeastern Iran) is lacking the most basic sanitary living requirements. Located 2000 km away from central Iran, Zabol Central Prison is one of the most remote and perhaps the most forgotten prison in Iran in which the prisoners have been brutally piled up on one another.

While Zabol with its continuous dust is suffering from air pollution, the prisoners held in the Central Prison of the city, are deprived of even healthy drinking water. In the meantime, new sanitary and drug problems, malnutrition and other basic requirements are harming the prisoners as well.

The mullahs’ regime sent 63-year-old political prisoner Arjang Davoodi into exile in this prison on September 24. The executioners even prevented him from taking his belongings and medication. While suffering from various illnesses like heart and kidney problems as well as diabetes, Arjang Davoodi has been transferred from one prison to another from 2003. He has been under various tortures and persecutions while being held in solitary confinements for a long time. Davoodi is now transferred to Ward 2 in Zabol Prison, where the ordinary prisoners are being held.