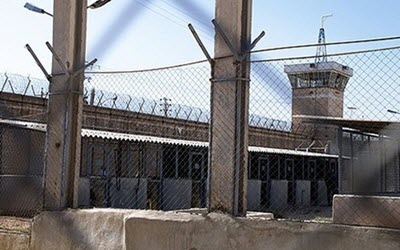 NCRI – According to reports, the Iranian regime’s henchmen and prison guards in the central prison of Zahedac( south eastern Iran)have cut off hot water in this penitentiary for 6 consecutive days and deprived the prisoners form taking shower in order to put pressure on them. Due to the overcrowding and illnesses caused by malnutrition and torture of prisoners, the only means of hygiene in the prison is hot water for bathing which is now denied to the inmates and they are forced to bathe with cold water which in turn aggravates the illness of sick prisoners.

The reports indicate that central prison of Zahedan has a small clinic that lacks basic supplies and amenities for medical treatment and only the prisoners who are on the verge of death are transferred to hospitals outside the prison if they are lucky. The political prisoners are denied any transfer to or treatment in hospitals outside the prison. If the patients receive a prescription form the doctors outside the prison, they must pay the costs of the medicine and other medical care themselves. This is despite the fact that most ordinary prisoners are from poor strata of the society and are not able to afford the cost of the prescribed drugs and treatment.
On the other hand, the number of prisoners is increasing day by day and the prison is so overcrowded that the prisoners are forced to rest or sleep in the corridors.

Previous articleProtest gathering of thousands of Iranians in Pasargade, site of the tomb of Cyrus the Great
Next articleIran regime’s years-long Corruption in Supreme Leader’s Office