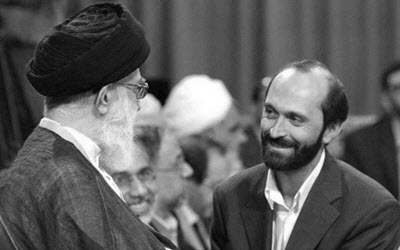 Following escalation of the years-long corruption scandal in ‘Khamenei’s office’ with the case documents being uncovered, Mullah Mohseni-Eje’i, the spokesman and Deputy to the Iranian regime’s judiciary, announced in his press conference on October 23, that in conjunction with the main charge in Saeid Toosi’s case, a stay of proceedings has been issued. “Regarding the complaints over unchaste acts, a stay of proceedings has been issued and that is the final verdict”, said Eje’i.

Meanwhile, despite numerous complaints by plaintiffs in the past few years, the case has been closed long ago by the direct order of Khamenei, a fact acknowledged by Mullah Eje’i in his press conference on October 23. To somehow manage Khamenei’s intervention in the case, Eje’i said that regarding Saeid Toosi’s second charge, namely ‘encouraging corruption’, a stay of proceedings was also issued at first, but considering the evidence available, it was decided that the proceedings be continued only for the second charge –which is a secondary charge aimed at covering up the main one.

Mohseni Ejei’s remarks on the years-long corruption case in Khamenei’s office are made following a recent escalation of the revelations in this regard in media and social networks. That’s why following his earlier remarks on closing the case by a stay of proceedings, Mullah Eje’i commented once again on the case in his press conference on Sunday October 23. “Saeid Toosi’s trial will be held behind closed doors, as the counter-revolution is seeking to take advantage of it.”

While the case is being closed due to a ridiculous ‘lack of evidence’ claim, there are numerous written documents, CDs, tapes and several complaints over repeated criminal acts committed by Saeid Toosi, one of the people in Khamenei’s office, which have been recorded in the judiciary with many of them being disclosed which suggest corruption and repeated violations.

Previous articleIran: Zahedan’s Prison guards Cut Off Hot Water on Inmates
Next articleTehran Prosecutor: “Those who Carried Out the 1988 Massacre are now Dead.”