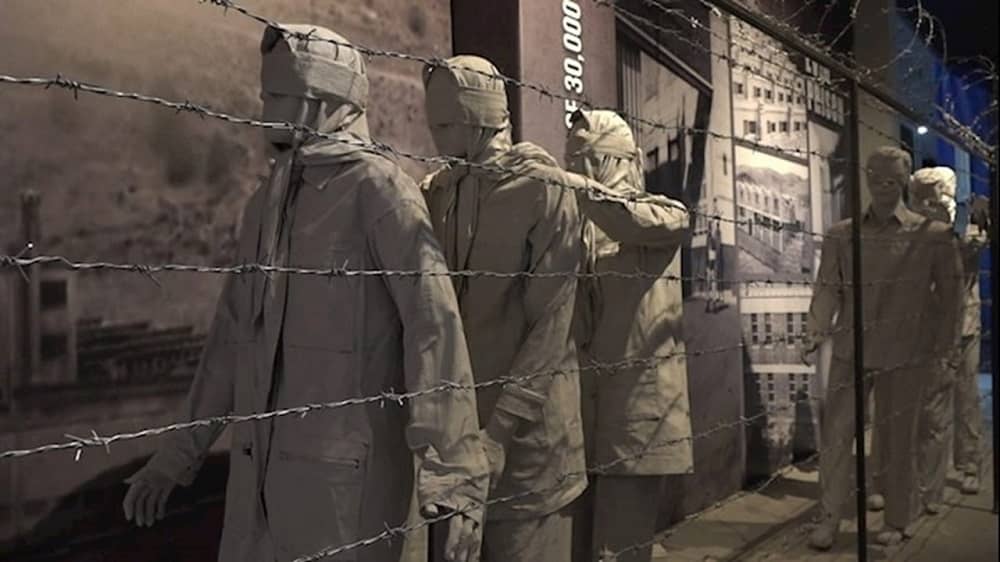 In a letter to the United Nations Secretary-General, more than 100 Iranian athletes, including world champions, participants in the Olympics, and national teams in football, wrestling, karate, judo, kung fu, taekwondo, gymnastics, sailing, weightlifting Basketball, marathon, athletics, boxing, volleyball, fencing, shooting, tennis and ping pong, drew his attention to the massacre of over 30,000 political prisoners in 1988. In their letter, they underlined how the regime targeted Iranian athletes.

“Silence and inaction in the face of genocide and crimes against humanity that took place at the end of the twentieth century is an encouragement to continue and intensify the crime,” their letter reads, pointing to the systematic impunity in Iran and calls for an international inquiry into the 1988 massacre. Below is the full text of their letter:

Your Excellency António Guterres, Secretary-General of the United Nations,

Thirty-three years ago, in the summer of 1988, some 30,000 political prisoners were executed throughout Iran within a few weeks following brief interrogations that last a few minutes by 3-4-member commissions known as “Death Commissions”. This was pursuant to a fatwa by Ruhollah Khomeini, the founder of the ruling theocracy in Iran, who had hijacked the Iranian people’s revolution against the monarchy for democracy and freedom.

Many of the prisoners had served their sentences or were kept imprisoned after their sentences had finished, but Khomeini wrote in his fatwa with unparalleled cruelty: All prisoners who remained loyal to the People’s Mojahedin Organization of Iran (PMOI/MEK), regardless of the stage of their imprisonment had to be executed. More than 90% of the victims of the 1988 massacre were members or supporters of the MEK.

Among the victims of this massacre were a number of athletes and members of Iran’s national teams. Forouzan Abdi, a member of the Iranian women’s national volleyball team, was one such victim who was executed after seven years in captivity. Among the 120,000 victims of political executions in the last 40 years, there were a number of sports champions, including Habib Khabiri, the captain of the Iranian national soccer team, and Navid Afkari, the wrestling champion, who were executed in 1984 and 2020 respectively.

Thirty-three years after the crime against humanity, which jurists consider as a genocide, most of the masterminds and perpetrators of this great crime still enjoy impunity and hold the most senior positions in the regime and continue to carry out executions. The killing of more than 1,500 protesters during the November 2019 uprising was carried out on the orders of the very same individuals who carried out the 1988 massacre. Ebrahim Raisi, the new president of the regime, was one of the key members of the Tehran Death Commission, who also has a dark record of execution and repression before and after the massacre. One of the henchmen involved in the 1988 massacre was arrested in Sweden in 2019, and his trial began in Stockholm in August 2021.

Various human rights bodies, including Amnesty International, the United Nations High Commissioner for Human Rights, and prominent international human rights experts have stressed the need to hold Ebrahim Raisi accountable for the 1988 massacre. Amnesty International’s secretary general said: “That Ebrahim Raisi has risen to the presidency instead of being investigated for the crimes against humanity of murder, enforced disappearance and torture, is a grim reminder that impunity reigns supreme in Iran.”

Silence and inaction in the face of genocide and crimes against humanity that took place at the end of the twentieth century is an encouragement to continue and intensify the crime. It is time for the UN Security Council, the Human Rights Council and other relevant UN bodies to take action. We call on the United Nations to immediately begin its investigation into the 1988 massacre, undoubtedly the largest political massacre since World War II, and to refer the case to the UN Security Council for holding its masterminds and perpetrators, including Raisi and Ali Khamenei to account and to put them on trial. Attached is a copy of the book “Crime Against Humanity”, which contains names and details of 5,015 of the people who were executed in 1988.

President, Vice President, and Secretary of State of the United States

The signatories of the letter to the UN Secretary-General: