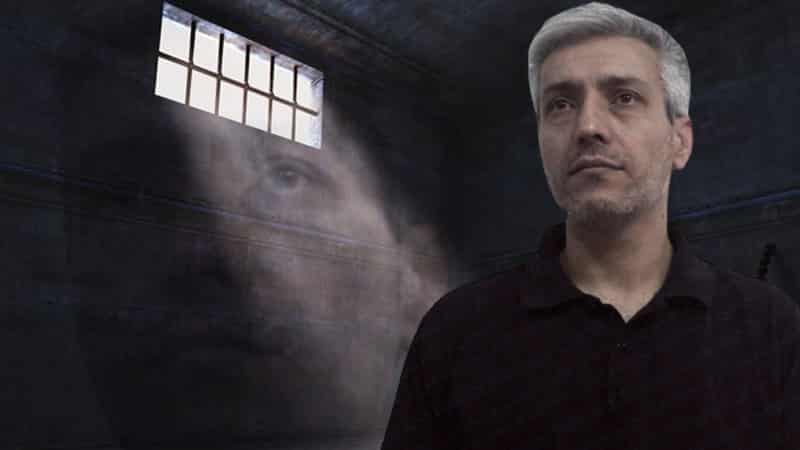 Last month, the Iranian judiciary arbitrarily added 11 months to the prison term for Saeid Sangar, after having previously extended his sentence from 18 to 20 years. By the time the latest extension was announced, he had already been behind bars for more than the full 20 years, having first been arrested in August 2000 before being prosecuted on charges of “waging war on God” and maintaining contacts with Iran’s main democratic opposition group, the People’s Mojahedin Organization of Iran (PMOI-MEK).

Sangar is already one of Iran’s longest-serving targets of political imprisonment, and the dual extensions to his sentence are reminiscent of many other cases in which authorities have halted a scheduled release in order to exert additional psychological pressure on a detainee, or to prevent them from resuming political activities outside of prison.

Over the course of two decades during which he spent time in Tehran’s Evin Prison and also in Urmia Central Prison, Sangar was reportedly subjected to various forms of torture including 13 mock executions. The National Council of Resistance of Iran (NCRI), described his ongoing harsh treatment as “retaliation” for prior refusal to disavow his political affiliation and issue public statements condemning the Iranian regime.

Tehran has a long history of using torture and threats against prisoners’ families in order to secure false confessions which are then broadcast on state media in an effort to poison public sentiment against anti-government activists. These efforts seemingly accelerate in the midst of major crisis for the Iranian regime, including sudden outpourings of popular dissent. There have been several of these in recent years, with one full-scale nationwide uprising taking place at the end of 2017 and the beginning of 2018, and another flaring up briefly across nearly 200 localities in November 2019, before being suppressed by government action that claimed an estimated 1,500 lives.

In September 2020, Amnesty International issued a report on the aftermath of that uprising and crackdown, titled “Trampling Humanity.” It noted that the initial killings and arrests were merely the start of a larger pattern, with the Iranian judiciary “bringing national security charges against hundreds of people solely for exercising their rights to freedom of expression, association and peaceful assembly, while judges doled out guilty verdicts on the basis of torture-tainted ‘confessions’.”

This report was recently cited in a statement signed by 24 members of the European Parliament, which focused attention on the case of Saeid Sangar and argued that his extended prison term is similarly part of a larger pattern of escalating repression. “We are deeply concerned about the alarming human rights situation in Iran, especially a recent surge of executions and mass arrests across the country since December 2020,” the statement began, before adding that many of these incidents are connected to the ongoing crackdown on participants in the 2019 uprising.

Statement by 24 Members of the #EuropeanParliament on #HumanRights in #Iran Calling for the Immediate Release of political prisoner Saeid Sangar
He is one of Iran’s longest imprisoned #political activists https://t.co/JlN3sDPUxm

The statement, drafted by the European Parliament’s Friends of a Free Iran (FOFI), noted that the sorts of actions on display in Sangar’s case are being spearheaded by figures like Ebrahim Raisi, the current head of the Iranian judiciary, whose backgrounds demonstrate that they “cannot be expected to hold the perpetrators [of specific abuses] to account.”

In 1988, Raisi played a leading role on one of the “death commissions” that were assembled in prisoners throughout the Islamic Republic in response to a fatwa from the regime’s founder Ruhollah Khomeini. That religious edict effectively created the charge for which Sangar would be given his lengthy prison sentence 12 years later – a charged that can also carry the death penalty. Khomeini specifically declared that members and affiliates of the MEK were enemies of God and were therefore subject to summary execution. This then became the primary mission of the death commissions, who proceeded to order the execution of an estimated 30,000 political prisoners over the course of just a few months.

In September, at about the same time Amnesty International released its report on the aftermath of the 2019 uprising, a group of UN human rights experts sent a letter to Iranian authorities highlighting the unresolved history of the 1988 massacre and demanding more information about its process and subsequent cover-up. After Tehran declined to respond, the text of that letter was released to the public in December, and it proved to convey much the same message as the more recent FOFI statement, with regard to the impunity enforced by the likes of Raisi.

The UN experts referred to the “failure” of the General Assembly, Security Council, and UN Commission on Human Rights to take serious action addressing the 1988 massacre. This, they said, “had a devastating impact on the survivors and families as well as on the general situation of human rights in Iran.”

The case of Saeid Sangar is just a single case study in that impact, but it is one of a potential starting point for international efforts to reverse the mistakes that were made when the UN and leading member states failed to address the 1988 massacre. Toward that end, the statement on Sangar’s case outlines four specific steps that signatories believe should be taken by the European Union specifically.

First, the statement encourages a formal demand for the immediate release of “Saied Sangar as well as other political prisoners and those detained in connection to popular protests in Iran.” Second, it calls for an international delegation to be dispatched to Iran for direct observation of the country’s prisons and especially their political wards. Third, it urges a formal European policy which makes future relations with the Iranian regime contingent upon improvements in its domestic human rights situation.

Lastly, the statement recommends that the EU and its member states impose sanctions under the Magnitsky Act “against Iranian officials who have committed serious human rights violations.” The prospective targets for these sanctions include Raisi and a range of other high-ranking officials who are known or suspected to have played a role in the 1988 massacre, the recent, violent crackdowns on public expressions dissent, or both.

Previous articleTurning a Blind Eye To Iran’s Terrorism in Europe Will Bring More Terrorism To Europe
Next articleCongressmen’s Letter To President Biden, Announcing H. Res. 118 Which Calls for a Free Iran

The British virus has spread to at least 16 provinces, and every COVID-19 patient is infected with the British type unless proven otherwise • Regime...
Read more