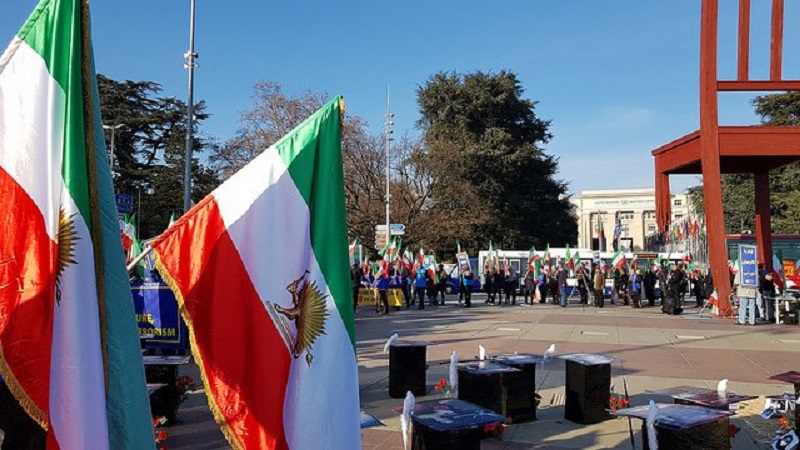 On November 4, 2019, the U.S. Department of Treasury sanctioned Ebrahim Raisi. The designation was announced by a Department of Treasury’s Press Release reading: “Previously, as deputy prosecutor general of Tehran, Raisi participated in a so-called “death commission” that ordered the extrajudicial executions of thousands of political prisoners in 1988.”

The demonstrators demanded that the Iranian regime’s officials be tried in international tribunals for their role in crimes against humanity. They also called on the international community to end three decades of impunity for the clerical regime’s leaders. They called for the referral of Iran’s human rights dossier, particularly the massacre in 1988, to the UN Security Council.