Blindfolded with his hands in cuffs, Farzad Madadzadeh would be beaten for up to 16 hours a day in an Iranian prison, the MailOnline wrote on Saturday. “He was electrocuted and punched by three guards who threw him around like a ‘football’, before returning him to a tiny solitary confinement cell. Each night for five years he would fall asleep wondering if death would come for him in the morning, or whether yet another day of torture and questioning was in store. His only crime? Speaking out against Iran’s regime.”

‘You are subjected to all kinds of torture – psychological and physical,’ he told MailOnline. ‘Constant interrogation, constant beating around the clock.

‘Any moment you wait for something to happen – a new torture session or a death sentence.

‘You are totally isolated from the rest of the world. The only voice you hear is the voice of death.’

He claims guards would bring drugs including heroin into the prison to encourage addiction, making it easier for interrogators to ‘crack’ prisoners suffering from withdrawal symptoms.

“The 30-year-old is speaking out after escaping from the country two months ago and ahead of a gathering in Paris today to protest against the surge in executions in Iran,” MailOnline wrote. 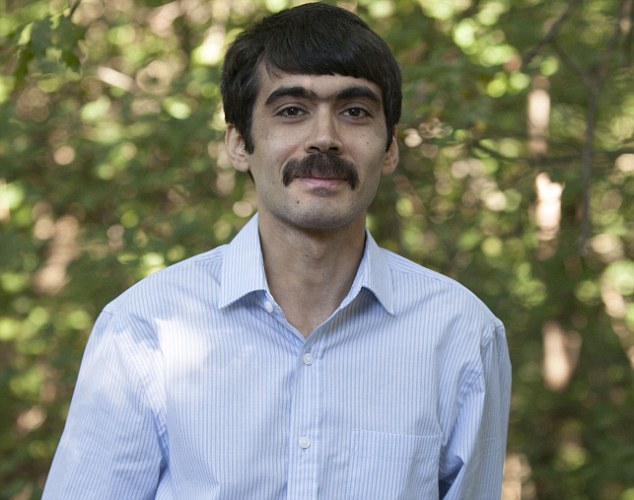 “He will be joined by 18-year-old Paria Kohandel, whose father – a political prisoner – remains behind bars in Iran.”

“Last year, the country had the second highest number of executions in the world after China and also killed the most juvenile offenders, according to Human Rights Watch.”

“And it remains one of the biggest jailers of bloggers, journalists and social media activists.”

“Farzad, born in Jolfa in north-west Iran, became a political activist after watching an illegal television channel run by the People’s Mojahedin Organisation of Iran – an opposition movement that advocates the overthrowing of the Islamic Republic of Iran.”

“He and others like him created an opposition cell and distributed leaflets, put up banners, took part in protests and helped mobilise young people.”

“Farzad would scrawl anti-regime graffiti on walls and collect information for the resistance – all the while protesting without violence.”

He was arrested in February 2009 and sentenced to five years in prison for supporting the PMOI (or MEK), MailOnline wrote.

“This was shortly before the 2009 uprising when a mass demonstration erupted in the country as a result of Mahmoud Ahmadinejad winning the presidential election – which many believed was rigged. They were the biggest protests the country had seen since the Islamic Revolution in 1979.”

‘I spent 10 months in ward 209, which is controlled by the Ministry of Intelligence,’ he explained. ‘It is the most vicious ward in the whole of Iran.

‘I was immediately blindfolded. The interrogations started – from 8am to 11pm or midnight.

‘If you said things they didn’t like to hear or you did not conform, the beating began. They hit you very hard, as hard as they could.

‘You were transferred to your own solitary confinement at midnight. The next day it continued.’

MailOnline added: “It was of one Farzad’s interrogators who informed him his sentence was five years. To his knowledge there had been no trial.”

“He was kept in a 1.5m by 2m solitary confinement cell for six months – but was allowed a visit from his relatives four months into his jail term.”

‘When my mother and my father and sister came to visit me they asked me, ‘where is our son?’ They didn’t recognise me because I had been so badly beaten.

‘They would torture with electric shock batons and a lot of people were burnt with cigarette lighters on their back.

‘Somebody was beaten so hard on the ear that he went deaf. I have some hearing problems myself because of all the beating on my ear. No real doctor was allowed to come in and treat us.

‘They tortured the prisoners to death by depriving them of any medical treatment.’

Two of his friends, political prisoners who had taken part in the uprising, were sentenced to execution, MailOnline wrote. The men told him the interrogators pulled out their fingernails.

One suffered a broken back during interrogation and did not receive medical treatment, another was raped by a male guard – prompting him to make false confessions, he said.

“Farzad’s interrogation continued for three or four months, although he cannot be sure of exactly how much time passed. He was constantly questioned about the opposition organisation and early on was asked to speak out publicly against it.”

‘The worst thing about prison is that they take your best friends and hang them,’ he added. ‘You can’t imagine how it feels to lay down at night and in the morning you wake up and you see your best friend is hanged.

‘The people who were so intimate to you and their only crime was believing in democracy or they went to Camp Ashraf.’

The camp in Iraq was home to the headquarters of the People’s Mojahedin Organisation of Iran and was where Farzad’s brother and sister were killed in April 2011, MailOnline wrote.

‘They were totally defenceless and were overrun by tanks and heavy weaponry,’ he said.

At the time, Farzad was at Gohardasht Prison, near Tehran, where his fellow inmates included 13 and 14-year-olds who had been involved in ‘accidental’ killings and were waiting to be hanged when they turned 18.

It was here that he witnessed drugs – heroin, crack and crystal meth – being brought into the prison, MailOnline wrote.

‘The Ministry of Intelligence and the guards themselves, they deliberately distributed drugs in prisons to make the prisoners addicted,’ Farzad told MailOnline. ‘When they get addicted they can be forced to do anything they want. They give up the idea of resisting.

‘If you have 30g of this kind of drugs on the streets you are sentenced to execution.

‘They even tried to bring me drugs in prison which I rejected.’

Despite the threat of beatings, he continued his activist work from behind bars until his release. Asked why, he explains: ‘Silence is treason. If I had become silent, it would have been the most despicable thing I could have done.’

On the day he was due to be released in February 2014, Farzad’s excited family waited outside the prison for 10 hours in the bitter cold. He said he was kept for two extra days out of spite.

“Farzad was not allowed to leave Iran, but fled the country secretly and arrived in Europe in August this year – many of his relatives remain in the country and he is reluctant to discuss them in fear they could face repercussions,” MailOnline wrote.

‘Sometimes in the middle of the night I wake up in fear of being arrested,’ he said. ‘I know its not real but this feeling comes back

‘I know these memories and these feelings won’t go away. That will only go away when the regime is overthrown.’

Farzad said he is speaking to the media so he can be a voice to the voiceless – those who have died and others oppressed by the regime. 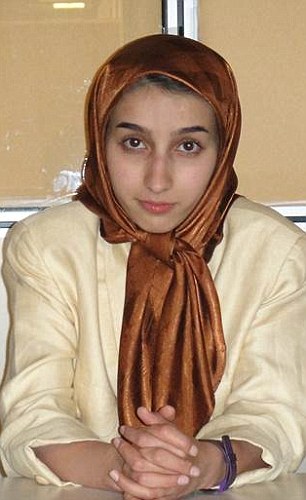 Also keen to talk was Paria, who also escaped from Iran and joined Farzad to speak to MailOnline via video conference on Friday.

“A female activist born in Tehran, her father is renowned political prisoner, Saleh Kohandel, who was first jailed when she was just four years old,” MailOnline wrote.

“He is currently serving a 10-year sentence at Gohardasht Prison for opposing the regime and she visited him during his incarceration.”

“Saleh was first imprisoned for five months and the second time when she was six for a year.”

“She claims that when she was just nine, the Revolutionary Guards broke into her home and held a gun to her head before arresting her father for the final time.”

His court hearing lasted just a few minutes, but due to media coverage, including interviews with his wife – Paria’s mother – he was not executed, she said.

“In 2008, Paria’s mother and older sister moved to Ashraf, not long before her uncle and aunt were killed there.”

‘From the age of 12 up until now, I visited my father in prison alone,’ Paria said. ‘It was hard for me because nobody was with me.

‘I saw children seeing their fathers and mothers crying because they had only seen them once in five or six years. I was one of them.

‘In 10 years I only hugged my father and held his hands three times.’

Describing the conditions, Paria said: ‘It was crowded. My father wrote in one letter that some nights they slept in the toilet.’

Paria herself was involved in the 2009 uprising at a young age and encouraged her classmates to take part in the demonstrations, MailOnline wrote.

Asked whether she was scared when she escaped from Iran, she said: ‘Yes, but in my mind nothing is scarier than the regime. I saw what happened to my father and other people.’

She fears her father will be executed or die behind bars.

“Farzad and Paria will attend the gathering marking World Day Against the Death Penalty, held at Palais Brongniart at 2.30pm. today. Pumla Makaziwe, the daughter of Nelson Mandela, will be among the attendees,” MailOnline added.

Previous articleParis conference honoring Oct. 10, World Day Against the Death Penalty
Next articleMaryam Rajavi: Our plan is an Iran without the death penalty