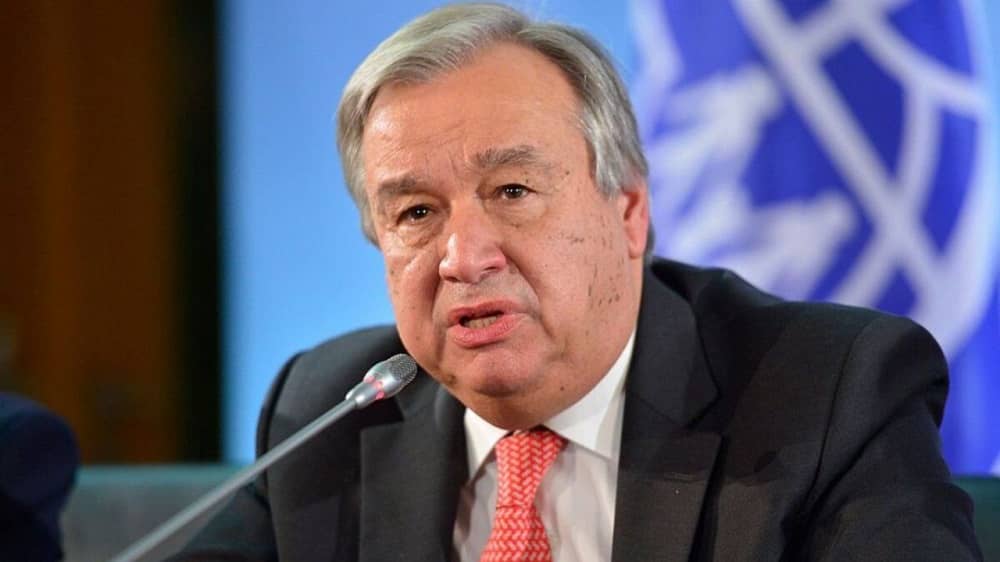 “Some political prisoners have been in prison for years without a single day of furlough. Maryam Akbari Monfared, sentenced to 15 years imprisonment for participating in protests in 2009, has remained imprisoned for the past 12 years. Harassment against her increased after she filed a formal complaint, seeking an official investigation into the executions of political prisoners, including her siblings, in 1988,” the report reads, raising concern about the situation of Maryam Akbari Monfared, who has called for justice for her loved-ones executed during the 1988 massacre.

In another part of his report, The UNSG refers to a mass grave in Khavaran, where thousands of the 1988 victims are buried. The reports condemn the regime’s attempt to destroy this mass grave.

“Impunity also prevails in relation to past violations. In April 2021, the authorities issued an order denying members of the Baha’i community the right to bury their deceased in their dedicated space in Golestan cemetery, forcing them instead to use space between existing graves or at the Khavaran mass grave site, 54 which is believed to contain victims of enforced disappearances and summary executions in the summer of 1988,” the report reads.

In his recent report to the United Nations General Assembly, Mr. Javaid Rehman, Special Rapporteur for Human Rights in Iran, expressed concern about the regime’s attempts to destroy evidence of the 1988 massacre. He also underlined that how the regime authorities involved in human rights violations enjoy systematic impunity.

“The Special Rapporteur is concerned at reported attempts by the authorities to continue to destroy evidence of past violations, including the reported mass extrajudicial executions of political dissidents in 1988,” read the report.

The selection of Ebrahim Raisi, one of the perpetrators of the 1988 massacre as  Iran’s new president is a clear sign of systematic impunity of human rights violators in Iran.

Following Raisi’s presidency, Amnesty International’s Secretary General Agnès Callamard said: ”That Ebrahim Raisi has risen to the presidency instead of being investigated for the crimes against humanity of murder, enforced disappearance and torture, is a grim reminder that impunity reigns supreme in Iran.”

In December, seven UN human rights experts, including Mr. Rehman and Ms. Callamard, asserted that the 1988 massacre may amount to “crimes against humanity.”

The international community should investigate the 1988 massacre as holding the regime to account for this crime against humanity, is an important step toward ending the systematic impunity in Iran which has resulted in systematic human rights violations.

This report is an excerpt of the second edition of a book titled “A Crime Against Humanity”. The book was published in August 2017 by the  People’s Mojahedin Organization of Iran (PMOI-MEK).