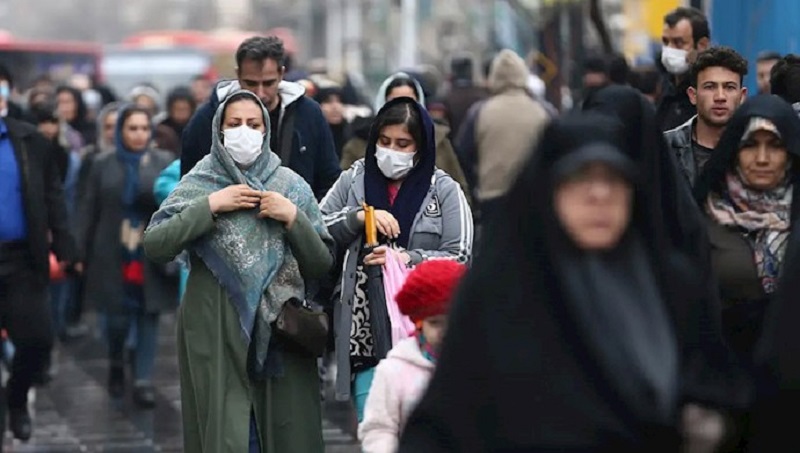 The People’s Mojahedin Organization of Iran (PMOI/MEK) announced on Friday that the coronavirus death toll has surpassed 145,400. The official death toll by the regime’s Ministry of Health stands at 37,409, around one-fourth of the actual figure.

The Iranian regime initiated a cover-up since the very first days of the outbreak. Now, even the regime’s latest, record-breaking statistics come nowhere close to revealing the true extent of the crisis. The daily death tolls are actually higher than acknowledged because the rates of infection are higher than acknowledged. And that is the case because the pandemic took hold of Iranian society much earlier and much more aggressively than most people realize.

Tehran officially acknowledged the first domestic cases of Covid-19 in mid-February, right around the time of parliamentary elections. But sometime later, the MEK obtained documents from the National Emergency Organization which recorded suspected cases of coronavirus infection in Iranian hospitals more than a month earlier. It now appears that the illness was spreading largely unseen in Iran before the end of 2019. It also appears as if the earliest cases were willfully ignored in order to avoid negative impacts on the regime’s celebration of its own 40-year anniversary in January.

More than 145,400 people have died of the novel #coronavirus in 462 cities checkered across all of Iran's 31 provinces, according to the Iranian opposition PMOI/MEK.

The regime held its celebration to legitimize its rule, especially in the aftermath of public demonstrations that revealed the Iranian people’s desire for regime change. Since the end of 2017, Iran has been rocked by five separate mass uprisings. Among them was a protest movement that spanned over 200 cities and towns in November 2019, as well as student-centered protests the following January, the same month as the regime’s anniversary celebrations.

Each of these uprisings has been defined by chants of “death to the dictator” and other slogans that evoke a call for regime change. They have shown the MEK’s social influence, which even Supreme Leader Ali Khamenei acknowledged as “planning for months” to bring the first series of nationwide protests to fruition. Warnings about that influence have been repeated on a number of occasions since Khamenei issued those remarks in January 2018. And the associated threat of renewed anti-government uprisings has only grown as regime authorities have failed to bring the public health crisis under control.

Today, there is little indication that the regime is moving toward rectification of this failure. Health Minister Saeed Namaki continues to report that less than one-third of a promised one billion dollars has been allocated to the coronavirus response from entities under the supreme leader’s control. Meanwhile, those entities collectively represent literally hundreds of billions of dollars, with similar amounts under the control of the Revolutionary Guards (IRGC).

While trying to portray sanctions as the real cause of the ongoing Covid-19 crisis, the regime has shown it is unwilling to use any of its resources for that purpose. The population as a whole has been offered no material assistance – not even in the form of government provided-face coverings. And yet, in the face of escalating daily death tolls, regime authorities have now taken to threatening an impoverished and out-of-work population with arrest and steep fines if they fail to abide by health experts’ recommended standards.

This in turn has provided entities like the IRGC with ample justification for increasing pressure on the general public. Some such measures are now being portrayed as part of the coronavirus response – a response that has inexplicably been placed in the hands of the IRGC, more so than the Health Ministry or its dedicated Coronavirus Combat Taskforce.

Recently, the IRGC’s chief commander, Hossein Salami, even went so far as to say that the IRGC was planning “door-to-door” operations “in search of the coronavirus carriers.” There is, of course, no indication that any oversight is planned for these operations in order to prevent them from harassing the public over other matters, or from actually raising the threat of infection by systematically violating people’s personal space.

It would not be the first time the regime actively made the public health crisis worse. The aforementioned anniversary celebrations involved government-provided transportation for the regime’s supporters in some remote Iranian towns to enter major cities and appear before state television cameras. Thus, the regime’s so-called “celebration,” of its anniversary became a sort of nationwide “super-spreader” event that put the population on the path to disastrous outcomes before most were even aware the threat existed.

In the wake of that event, Tehran famously declined to take any common-sense measures to prevent further spread, such as restricting travel and closing religious shrines. The regime finally implemented a nationwide lockdown around the time of the Nowruz holiday in March, but it was late in coming, short in duration, and weakly enforced. Khamenei’s speech on that occasion downplayed the outbreak in favor of declaring the new Iranian calendar year a “year of boosting production,” thereby signaling that the regime intended to prioritize economic outcomes over public health.

But it may be that the decision to force Iranians back to work amidst the pandemic was motivated not just by greed but also by anxiety. At the time, the Iranian people were already reeling from economic decline and receiving no help from the government. Officials recognized that a further decline in their fortunes could easily become a spark for additional anti-regime protests like those that swept the entire country in January 2018 and November 2019. Many of their questionable decisions can be understood in terms of an obsession with preventing this outcome, especially such decisions as assigning the coronavirus response to a violently repressive paramilitary group.

Of course, these same decisions have contributed to a worsening Covid-19 crisis, now costing more than 145,000 Iranian lives. To date, the regime’s Health Ministry has acknowledged only one-fourth of those deaths, but the official estimate is presently growing faster than ever before. This goes to show that the regime is gradually losing its grip on the narrative surrounding the Covid-19 crisis while doing little to take hold of the crisis itself. As the existing trends, continue, public outrage will surely continue to grow, and the world shall see whether the IRGC’s “coronavirus response” can prevent that sentiment from pouring into the streets again.

Previous articleIran News in Brief – November 7, 2020
Next articleIran Protests Anniversary: It Is Imperative for International Community To Hold Regime To Account for Its Crimes