Online conference on the anniversary of November uprising Iran

On the Anniversary of the November Uprising#Iran Youth for Regime Change with Resistance Units
Time to Prosecute Regime Leaders for Crimes Against Humanity
Online conference
November 10, 2020
16:00 CET#WeStand4FreeIranhttps://t.co/BnIoXv41og 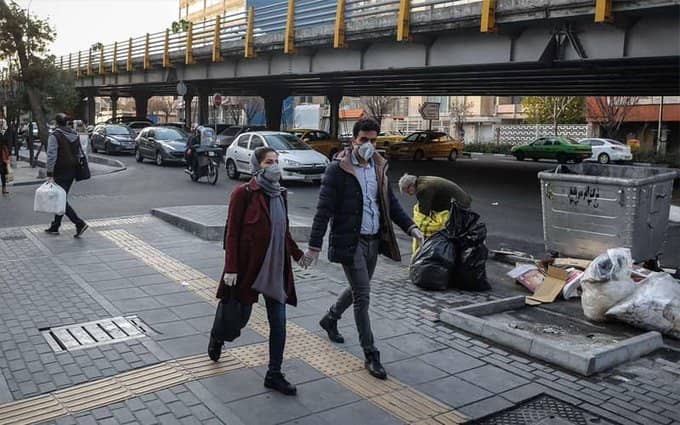 As the Iranian government tries to keep the people in the dark, officials can no longer cover-up several figures. However, they still refrain to tell the entire story, with concerns over triggering anti-establishment protests. Nonetheless, with over 400 Covid-19 deaths per day, according to the Health Ministry, Iran approximately possesses 30 percent of Asia’s total Covid-19 deaths per day.

Iranian security forces killed two border porters in Iran’s northwestern border and one man in a western city in the past days.

On November 5, security forces opened fire on a group of border porters or “kolbars” in Chaldoran, northwestern Iran, killing one kolbar. The other kolbars were arrested. Hengaw Organization identified the man who was killed as 38-year-old father of three, Hassan Dallayi Milan.

In the early hours of Wednesday and Thursday, November 4 and 5, 2020, on the threshold of the November 2019 uprising, defiant youth, targeted three centers of the IRGC Bassij, the criminal judiciary, and the so-called Martyrs Foundation, setting their signs and entrances on fire. 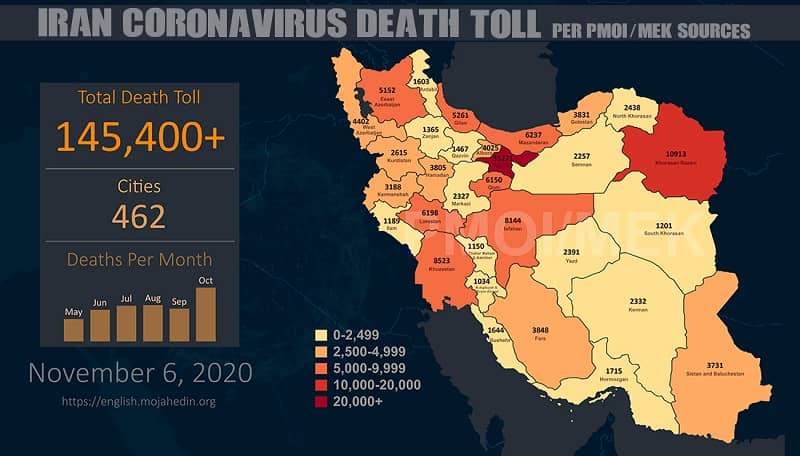 Saturday, November 7, 2020, marks the 351st day since the beginning of the nationwide Iran protests.