Iran: 13 Young Boys and Girls Were Arrested for Attending a Party 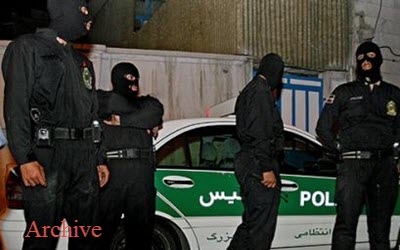 NCRI – Director of Public Relations and Communications of judiciary in Northern Province of Gilan announced: “six women and seven men who attended a party were arrested in Anzali”

‘Rokna’ a state run news agency reported on January 27, that a lawsuit was has been filed for these people, and they have been handed over to the judiciary authorities “.

The judiciary official claimed: projects dealing with social ills and women and girls’ ‘mal veiling’ are on the agenda of the prosecutor and the judicial system will handle these cases with inflexibility.

It is noteworthy that in 2016 hundreds of youth were arrested for attending mixed gender parties.

In similar cases Shahin Gobadi of the Foreign Affairs Committee of the National Council of Resistance of Iran (NCRI) had stated: “The clerical regime has never been so isolated at home and loathed by the Iranian people, in particular by the youth and women.

As such, it is resorting to more and more repressive measures to confront this growing trend This once again proves that the notion of moderation under Hassan Rouhani is a total myth. But it also indicates the vulnerable and shaky state of a regime that cannot even tolerate private festivities of the people, particularly the youth. It is becoming more evident that the mullahs are totally paranoid of any social gathering in fear of a popular uprising.”

When the people come together in Iran, the Regime will be overthrown. The Regime knows this and they are afraid of their people; they should be.

Previous articleThe Exclusive Interview About the Results of Astana Summit
Next articleIran: Union Activist Woes to Stand for Worker’s Rights