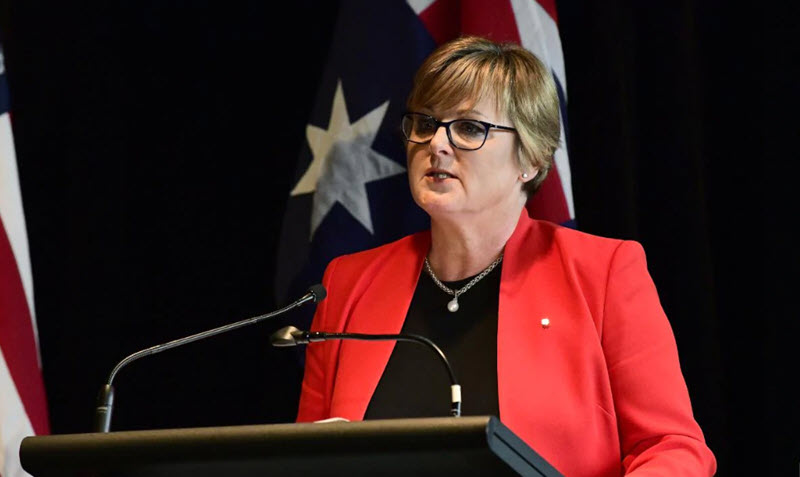 Australia is giving “very serious consideration” to a formal request from the United States government to join a U.S.-led coalition to protect shipping in the Gulf from the Iranian regime’s military forces.

Australia’s Defense Minister Linda Reynolds told journalists on Sunday after annual security talks between the Australian and American foreign affairs and defense ministers that the Morrison government was deeply concerned by the heightened tensions in the region, and strongly condemned the attacks on shipping in the Gulf.

U.S. Secretary of State Mike Pompeo made it clear in his opening remarks at the Australia–U.S. Ministerial Consultations (Ausmin) press conference that America wanted Australia to join the operation to stare down Iran’s regime.

Characterizing the relationship between Washington and Canberra as “unbreakable”, Secretary Pompeo said: “We hope Australia will partner with us [on] some of the most pressing foreign policy challenges of our time, like efforts to stabilize Syria and keep Afghanistan free of terror, and confront the Islamic Republic of Iran’s unprovoked attacks on international shipping in the Strait of Hormuz.”

U.S. Defense Secretary Mark Esper said the purpose of the proposed operation in the Gulf was to promote the principles of freedom of navigation and freedom of commerce and to “prevent any provocative actions that would lead to some misunderstanding or miscalculation that would lead to a conflict”.

He said any Australian co-operation in a U.S.-led mission in the Strait of Hormuz would depend on the details of the mission and the size of the international coalition.

“The international effort that’s been discussed here is designed to do one thing and that is to de-escalate and to ensure there’s a freedom of navigation and there’s the safe shipping lanes through this very sensitive part of the world.”

“That’s very much what Australia would be considering and that would be a motive if we were engaged in any of those operations,” he added, according to The Australian.