For Iran Regime, to Truly Reform Is to Lose Power and to Face the Wrath of the Population 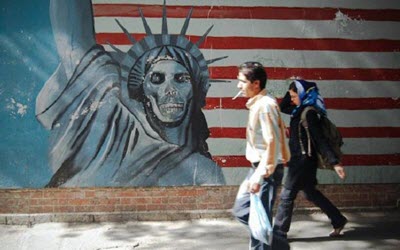 It’s time for a new policy on Iran, this is the topic of an article in thehill.com by Dr. Davina Miller senior lecturer and former Head of Peace Studies at the University Of Bradford (UK),

From Reagan to Obama, each U.S. president has approached the theocracy in Iran with a sense of defeatism. One can hope that President-elect Trump, who prides himself on being the arch negotiator, will have a better sense of the actual hand he has to play.

In spite of Trump’s avowed distaste for the nuclear deal with Iran — the Joint Comprehensive Plan of Action (JCPOA) — Obama’s ‘echo chamber’ is still reverberating with no shortage of ‘experts’ taking to the web to claim that the re-negotiation is impossible and tearing it up would have a range of consequences from a more rapidly nuclear-armed Iran to international distrust in the U.S.’ future deal-making. There are a number of assumptions underpinning these positions which need urgent unpicking.

In terms of a more rapidly nuclear-armed Iran, the JCPOA gave Iran an easing of sanctions and the release of $150 billion in frozen assets in exchange for limitations on its capacity to enrich uranium and other fissile material.

The International Atomic Energy Agency (IAEA) told Iran just last week that it was risking the nuclear deal with the West by yet again exceeding the limit placed on a sensitive material, in that case, heavy water. This precise criticism comes after many general accusations that Iran has broken the spirit of the nuclear deal.

Thus, Trump’s critics would do well to remind themselves that Iran has a history of breaking agreements, and, moreover, a history of clandestine nuclear activity.

Most important in countering the defeatism with which Iran has been approached by Washington élites is to unpick the hidden assumptions which surround the JCPOA. The JCPOA was meant to address one aspect of Iran’s problematic behavior in hopes that the mere act of resolution could lead to moderation in other areas.

It cannot — and the evidence is clear a year on — with, in the UN’s words, “a new wave of oppression” at home and increasingly vicious adventurism abroad. The fundamental driver of the Iranian élite is regime survival. Once that is understood, all assumptions about moderation dissolve.

That the regime is driven only by its need to survive can be grasped if one understands its origins. The Tehran regime hijacked a popular revolution through force of arms. It is that fundamental illegitimacy which propels the regime to repression at home and expansion abroad.

These are the means of survival, and factional fighting is about how best to maintain the regime, not reform it. To truly reform is to lose power and to face the wrath of the population. The factions, and the personalities within them, are, in the words of a 1990 State Department cable, “interchangeable parts of a machine.”

To understand this dynamic is to understand that there is no prospect of moderation, and, thus, that the wider ambitions of the JCPOA were always a chimera.

As for the risk to the U.S.’ standing as a dealmaker, any glance at the history of the West’s foreign policy towards Iran reveals each Western capitol criticizing the others for concessions to Iran while each making their own unholy deals to avoid the pain of terrorism or to gain a corner of the Iranian marketplace. Leadership in policy towards Iran is long overdue.

The dirty little secret of Western political élites is that Iran has outplayed them for nearly 40 years, dangling the prospect of moderation as the carrot and the threat of terrorism as the stick for a torrent of concessions to the regime’s ambitions.

The long-term has always been sacrificed to the short-term, whether that was the retrieval of U.S. citizens from Lebanon or Evin Prison or a brake — for that is all the JCPOA is — on Iran’s nuclear ambitions.

The last faulty assumption is that Western governments must yield to the Iranian regime as no alternative presents itself. Ironically — and, again, we see the regime outplaying the West — by restricting and demonizing the main opposition, the People’s Mojahedin Organization of Iran (PMOI or MEK) in exchange for concessions from Iran, Western governments have strengthened the security of what is an inherently weak regime.

Of course, the regime has worked hard both to demonize and to minimize the significance of its opposition. Those who buy into the regime’s propaganda about the MEK have clearly never interacted with it. Many of its supporters among U.S. decision-makers initially approached the opposition with sKepticism only to be won over by its political sophistication and the diversity of its Iranian supporters. All the MEK wants is a chance for democracy to take its course in Iran, whether or not it is a beneficiary of the result.

It should also be noted, when apologists for the Iranian government attempt to say it has no popular standing in Iran, that it was the MEK which exposed the regime’s nuclear programm. To penetrate the most secretive part of the state in the most comprehensive of ways demonstrates the depth and breadth of support the MEK has inside Iran.

In addition, the fact that the regime always puts the MEK on the negotiating table as a “diplomatic commodity,” in Ambassador Lincoln Bloomfield’s words, gives the lie to its insignificance.
The CIA once concluded that Iran had the U.S. “for breakfast, lunch and dinner.” If President Trump can unpick the long-held but faulty assumptions of U.S. policy towards Iran and appreciate the regime’s weaknesses and the MEK’s strengths, not least its anti-fundamentalist agenda, he can bring a lasting stability to the region — with all the attendant benefits for U.S. security.