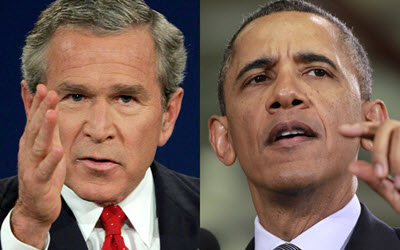 It would be in the Iranian people’s interests, and a pre-requisite of peace and stability in the region, for the Trump administration to adopt a firm Iran policy, argues Heshmat Alavi in The Hill. The following is the text of his op-ed which was published on November 22:

The U.S. presidential elections and the victory of Donald Trump alludes to the end to a long era. After all, Iran benefited significantly from the past 16 years of appeasement adopted by the past two U.S. administrations.

George W. Bush launched a war with Iraq, shifting all attentions from Tehran to Baghdad, and opening the doors of Mesopotamia to Iran’s lethal meddling. Barack Obama extended a helping hand to the mullahs, providing a green light for the regime to severely crack down on the Iranian people.

Obama’s foreign policy pillar of engagement with Iran resulted in the toughest period for the Iranian people ever since Eisenhower and the 1953 coup d’état against Iran’s sole democratically elected government. The mullahs received the ultimate life support as the Obama White House refused to implement many of the measures included in the already misguided nuclear agreement, the Joint Comprehensive Plan of Action (JCPOA), to full extent.

Thus, it goes beyond doubt that an end to the Obama tenure will be considered a severe blow to Iran

In the past 16 years, Tehran was able to take full advantage of Washington’s strategic mistakes to further plunge the entire region into chaos, as we see now in Syria, Iraq, Yemen and Lebanon. The U.S. policy on Iran in the Bush and Obama administrations increased the suffering of the Iranian people.

The election of Obama marked the beginning of the 2009 uprising in Iran following the highly disputed reelection (read re-selection) of firebrand Mahmoud Ahmadinejad. If Obama had supported the uprising, taken a position against Ahmadinejad or merely questioned the election’s credibility, his words would have fueled spirit into the popular movement.

Unfortunately, positions taken by Obama and U.S. Secretary of State John Kerry decreased the pressure on the mullahs.

Whether Trump remains loyal to all his election campaign pledges is a legitimate question. From Tehran’s point of view, however, this new White House will be completely different from a Hillary Clinton White House.

The fact that Trump has taken very firm positions against Iran, including threatening to rip apart the nuclear deal, has already terrified Tehran, representing a major contrast to the “golden era” under Obama.

While Trump may not eliminate the JCPOA, it is obvious he is not committed to any made pledges. Iran desperately needs the JCPOA to remain intact, as seen in the recent lobbying campaign.

Any JCPOA tension can spark major change for Iran under the Obama-blueprinted nuclear deal, and transform the pact into an unwanted ordeal.

Many possible Trump cabinet candidates vehemently oppose the Iran nuclear deal and/or have supported the main Iranian opposition MEK in its call for regime change in Iran. The mullahs’ lobbies on both sides of the Atlantic have launched a smear campaign against these figures, and yet they have maintained their positions.

HOW IRAN CHERISHED THE OBAMA YEARS

Analysts in Iran’s state media are already thinking deeply about Trump’s cabinet lineup. Any decision by a new White House to turn the heat up on the Iran deal will fuel internal disputes already flaring inside the regime.

Hossein Mousavian, a member of Iran’s nuclear negotiation team, shed more light on Obama’s huge incentives to Tehran. Mousavian emphasized no other president would have provided such key services to the mullahs, warning senior regime officials not to lash out at Trump.

A new American president with a firm stance will have a major impact on politics inside Iran. Does this mean the new American administration will completely put aside the entire appeasement policy and stand alongside the Iranian people?

A new era in U.S.-Iran foreign policy began Nov. 8. With Trump’s election, a complete restructuring is in the making for Washington. The Trump administration adopting a firm Iran policy is in the Iranian people’s interests, and a pre-requisite of peace and stability in the region. The more this regime is terrified of a Trump presidency, the more it proves how Obama played completely into the mullahs’ hands.

The election of Donald Trump marks a new beginning, and the mullahs themselves understand this best.

Alavi is an Iranian political and human rights activist. He tweets at @HeshmatAlavi

Previous articleNew Developments in the Internal Conflict of the Iranian Regime
Next articleFor Iran Regime, to Truly Reform Is to Lose Power and to Face the Wrath of the Population