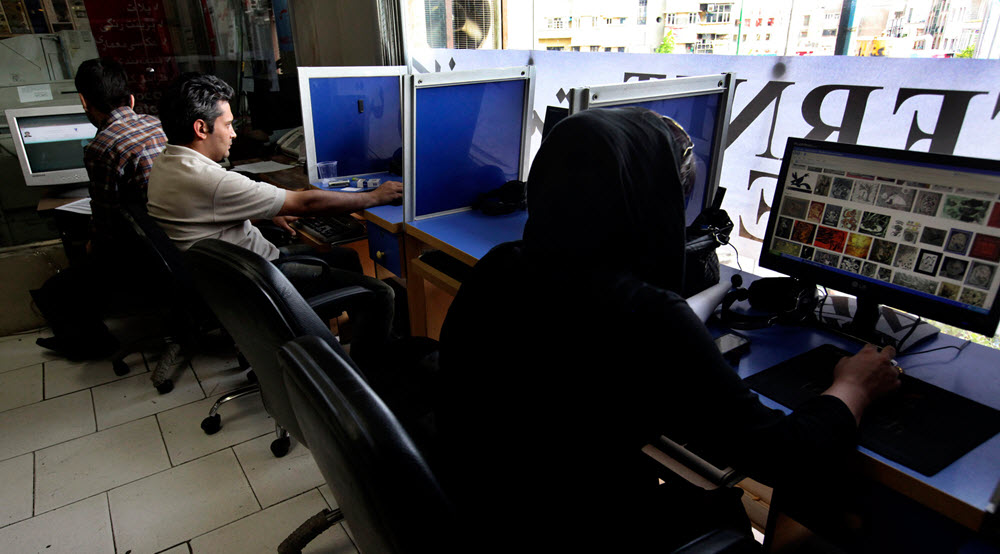 NCRI – The people of Iran are trying to gather support from the international community in the midst of the unrest that has spread across the country. Following weeks of protests and anti-government demonstrations, the Iranian regime has taken a number of steps to suppress the people even further.

As it has done in the past, it suspended the use of Telegram – a messaging application used by a large number of people in the country.

However, Iran has a large population of savvy, young people and they are able to bypass restrictions put in place by the government. For example, they use VPNs (Virtual Private Networks) to get past censorship. Bypassing censorship is not something that is done with a single app, as over the years the government sensors have been getting more and more sophisticated.

What is frequently done is “domain fronting” – a process that involves piggybacking off other services so that it is harder for governments to block certain apps. It involves making the traffic look like it is coming from a major website (i.e. Amazon Web Services or Microsoft).

Other than Amazon Web Services, internet users in Iran can piggyback off Google, but its app engine blocks traffic from Iran. This is not Iran doing the blocking – it is actually Google. That means that the people are not able to benefit from services that would be useful to them during the protests.

The reason behind Google doing this is to comply with sanctions. However, the specific reasons are very vague and it is unclear why exactly Google is taking this action because it is ambiguous which sanctions they are talking about.

In fact, some internet freedom activists say that Google is 100% complying with US sanctions. Google is the only big enterprise that is taking such action and the activists want it to reverse its decision and lift restrictions.

Furthermore, it has been reported that civil society has been urging Google to lift restrictions since 2013. Still no action has been taken, so it is clearly not a priority for the company. There have been thousands of signatures on online petitions.

Google clearly believes that this would be considered a breech of US sanctions, but experts suggest that all it needs to do is approach the Treasury Department for an exemption.

It is essential that the people of Iran have access to secure messaging services. It is a right that should be granted to everyone, but unfortunately that is not the case in Iran. The government routinely spies and the people via internet services.

This is just another way in which the people of Iran are oppressed and it is time that they have the backing of the international community, including internet giants like Google.

Previous articleAssassination Attempt on Workers’ Representative of Iran’s Main Sugarcane Company, for Leading a Strike
Next articleMassive Crackdown on the Peaceful Demonstrations in Iran