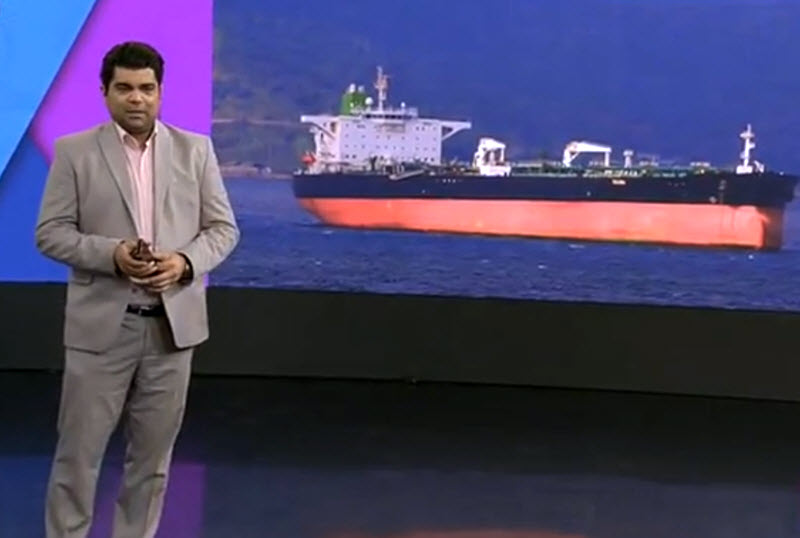 Officials of Iran’s regime slammed the state broadcaster on Wednesday for airing a program on oil sales to China that contravene US sanctions, saying the report went “against national interests.”

Washington abandoned a landmark 2015 nuclear deal between Tehran and world powers last year and reimposed sanctions on the regime’s crucial oil sales as well as other parts of the economy.

The “Hello, Good Morning” television talk show featured on Tuesday a program on the Salina, an Iranian-flagged tanker under US sanctions that reportedly had delivered 1 million barrels of crude oil to China’s Jinzhou port in late June.

China – along with Britain, France, Germany and Russia – is one of the signatories to the nuclear deal and has rejected US President Donald Trump’s administration’s efforts to cut Iranian oil exports to zero.

“This shows that sanctions are ineffective and Iran’s path to sell its oil is not blocked,” the program’s host said, showing what he claimed were satellite photos of the tanker berthed at the Chinese port.

The state broadcaster immediately came under fire from local state media who called the program “suspicious,” with officials weighing in the next day.

Oil Minister Bijan Namdar Zanganeh said that the program “has undone what the ministry set out to do.”

He had said previously that Iran was keeping up oil sales through “unconventional” means kept secret to skirt US sanctions.

“If the Americans were going to track the tanker, they would have last week and did not need Hello, Good Morning to remind them in Farsi”, it said in a statement.

Zanganeh said republishing reports by foreign media – some of which are Iran’s “enemies” – is “inappropriate” and state television should only report “news on oil export confirmed by the oil ministry”, ISNA reported.

As part of its “maximum pressure” campaign against the Iranian regime, Washington has vowed to reduce Tehran’s foreign currency earnings via blocking its oil, petrochemical and metal exports.