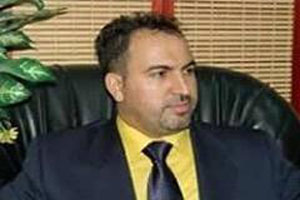 Amnesty International has urged Iraq to commute the death sentence of former member of Iraqi parliament Ahmed al-Alwani after a trial ‘marred with irregularities’.

Ahmed al-Alwani was sentenced by Iraq’s Central Criminal Court of Iraq on 23 November for the killing of two soldiers after being charged under the 2005 Anti-Terrorism Law for an ‘assault on military assets and killing and injuring security forces for terrorist ends.’

Ahmed Al-Alwani – a prominent member of the secular al-Iraqiya Bloc – was also sentenced to life imprisonment in three other cases relating to the same incident and has 30 days to appeal his sentences.

Since his arrest on 28 December, 2013, he has been denied access to his lawyer and family, and in court his lawyer Badi’e Arif was not allowed to cross-examine prosecution witnesses or ask questions deemed ‘not productive’ by the court. He was then arrested and interrogated, Amnesty said.

The human rights group added in a statement: “Badi’e ‘Arif was arrested in March 2014 before a planned meeting with officials of the United Nations Assistance Mission for Iraq. He was blindfolded for twelve hours and questioned about the motives for defending Ahmed al-Alwani.

“Despite calls by Amnesty International urging the government to stop intimidation against Badi’e Arif earlier in May, he said he was forced to withdraw from the case after he was threatened with arrest by the court’s presiding judge. Al-Alwani was then represented by another lawyer.”

Amnesty said the death sentence against Ahmed al-Alwani was condemned by Sunni tribal leaders in his own the Albu-Alwan tribe, which is currently fighting the Islamic State terrorist group alongside government forces in Ramadi.

The statement added: “Amnesty International recognizes the Iraqi government’s responsibility to bring perpetrators of crimes to justice, but it must be done in trials that conform to international standards and without resort to the death penalty.

“Amnesty International urges the Iraqi government to commute the death sentence against Ahmed al-Alwani. Iraq is one of the leading executioners in the world. In the past years most of those sentenced to death and executed have been sentenced in terrorism related offences, often after grossly unfair trials.”

Since the death penalty was reinstated in August 2004, at least 689 people have been executed, with 169 executed in 2013 alone, Amnesty said.