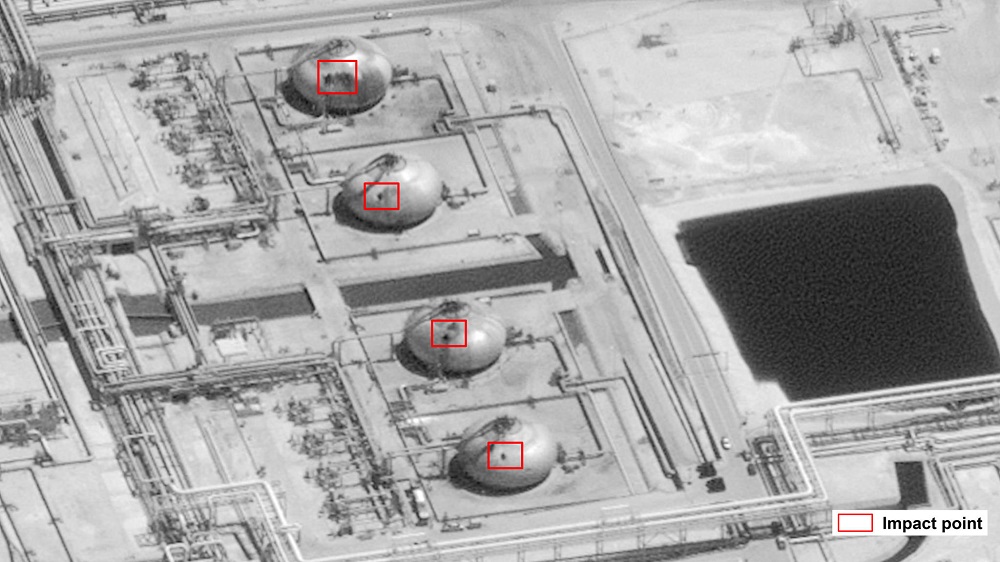 United States President Donald Trump said on Wednesday he had ordered his Treasury Secretary to “substantially increase sanctions” imposed on Iran’s regime, in the wake of its attack on Saudi oil facilities.

U.S. Secretary of State Mike Pompeo described the attack as “an act of war” against the world’s top oil exporter and said Washington wants to build a coalition of European and Arab partners to deter the Iranian regime.

“This is an attack of a scale we’ve just not seen before,” Secretary Pompeo told reporters traveling with him before landing in the Saudi city of Jeddah for talks with Crown Prince Mohammed bin Salman. “The Saudis were the nation that were attacked. It was on their soil. It was an act of war against them directly.”

Secretary Pompeo said drone and cruise missile strikes on the two Saudi oil installations on Saturday had not come from Yemen’s Iran-aligned Houthi group, which has claimed responsibility.

Riyadh has said Iranian weapons were used and it is investigating the launch point.

Secretary Pompeo said flight patterns suggested the attack did not come from the south, which is the direction of Yemen, and that the U.S. intelligence community has “high confidence” the weapons used were not in the Houthis’ arsenal.

“We also know that these are systems that the Iranians have not deployed anyplace else, that they have not deployed outside of the country, to the best of our knowledge,” he added. “We’ve seen no evidence that it’s come from Iraq. It could well have traveled over Kuwait, we’ve not seen that either.”

A former U.S. Treasury official told Reuters Washington could target Iran’s regime with so-called secondary sanctions that could hamper the efforts of European allies still party to the 2015 nuclear deal with Tehran that the U.S. pulled out of last year.

“France has been floating the 15 bln credit line and there’s no way I could see the Trump administration letting that happen now,” the former official said.

Iranian opposition leader Maryam Rajavi has described the attack on the Saudi’s oil installations as a major step and a new phase in the warmongering aggressions of the religious dictatorship ruling Iran, adding that exerting power and decisiveness is the only language the mullahs understand.

Inaction only emboldens this medieval regime, whose primary victims are the Iranian people, she noted, emphasizing that the ultimate solution to rid the world of Iran’s ruling religious fascism as the source of all crises in the region is a change of this illegitimate regime by the Iranian people and their organized resistance movement.