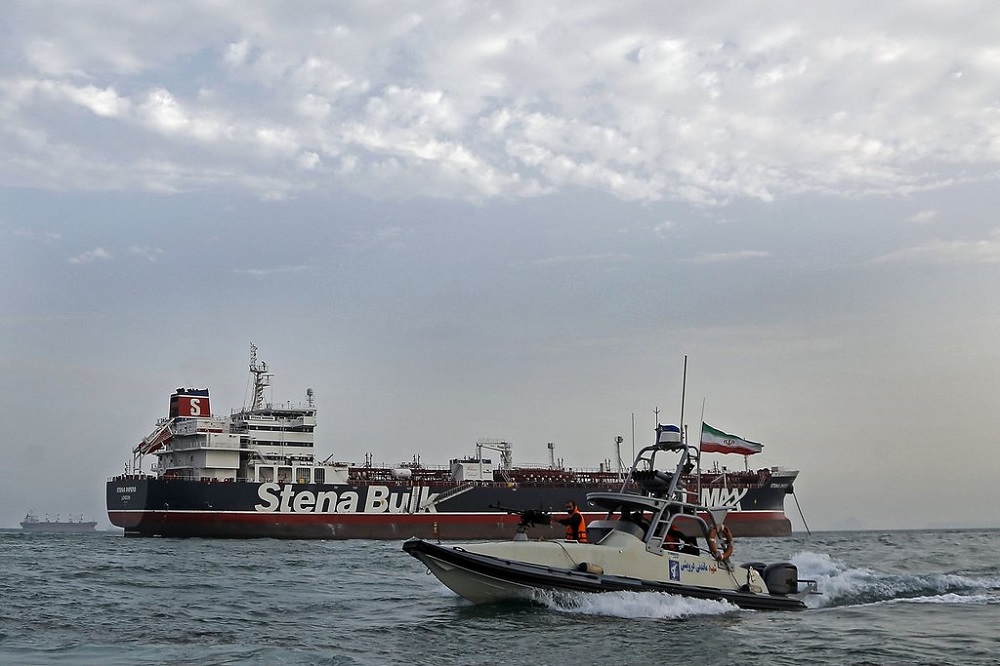 A secret cyberattack against Iran’s regime in June wiped out a critical database used by the regime’s paramilitary arm to plot attacks against oil tankers and degraded Tehran’s ability to covertly target shipping traffic in the Persian Gulf, at least temporarily, according to senior American officials.

The Iranian regime is still trying to recover information destroyed in the June 20 attack and restart some of the computer systems — including military communications networks — taken offline, the officials told The New York Times.

The United States government obtained intelligence that officials said showed that the Revolutionary Guards were behind the limpet mine attacks that disabled oil tankers in the Gulf in attacks in May and June. The U.S. military’s Central Command showed some of its evidence against Iran’s regime one day before the cyberstrike.

The database targeted in the cyberattacks, according to the senior official, helped Tehran choose which tankers to target and where. No tankers have been targeted in significant covert attacks since the June 20 cyberoperation, although Tehran did seize a British tanker in retaliation for the detention of one of its own vessels.

Though the effects of the June 20 cyberoperation were always designed to be temporary, they have lasted longer than expected and the Iranian regime is still trying to repair critical communications systems and has not recovered the data lost in the attack, officials said.