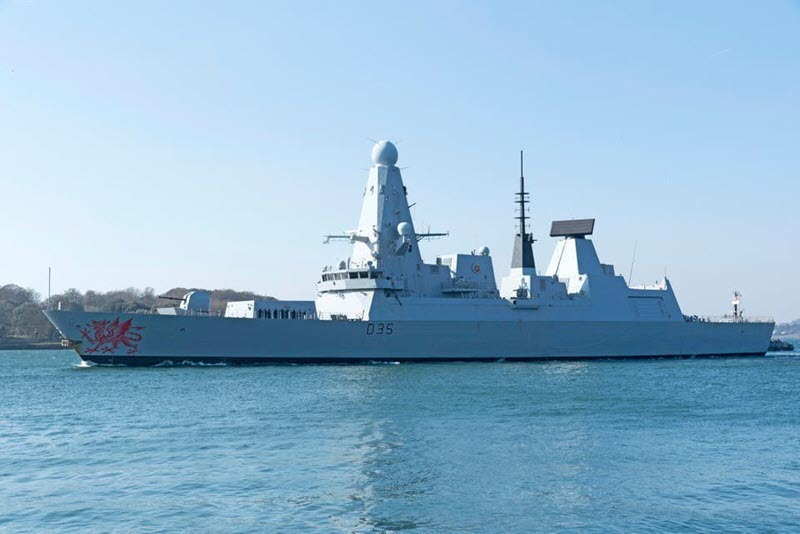 A heavily-armed British warship steaming to the Gulf to protect key shipping lanes has been put on action stations after a “bomb boat” belonging to Iran’s regime was spotted in its path, according to reports in Britain on Tuesday.

The remote-controlled Blowfish was located by Saudi forces in the Red Sea, close to HMS Duncan’s route.

The unmanned attack vessel packed with explosives could have blown a hole in the hull of Type 45 destroyer HMS Duncan.

Tensions are at boiling point in the region after the Iranian regime vowed to take revenge on the UK after Royal Marines impounded one of its tankers near Gibraltar. Military sources believe the Blowfish, which can be steered from four miles away, was deployed by the Iranian regime’s Houthi allies.

HMS Duncan is sailing though the Suez Canal and will join forces with frigate HMS Montrose in the troubled Gulf.

HMS Duncan is the latest warship to join the growing fleet gathering in the Gulf after the US sent another warship and a Patriot missile-defence ­system to the Middle East.

British Foreign Secretary Jeremy Hunt said he did not think the US was looking for war with the Iranian regime.

He said: “The risk we have is something different, which is an accidental war, because something happens in a very tense and volatile situation.”

Tensions have soared since US President Donald Trump decided last year to abandon the nuclear deal under which Tehran agreed to curtail its atomic programme in return for relief from economic sanctions crippling its economy.

Britain will send a third warship and a navy tanker to the Persian Gulf but the move is not related to Iran crisis, a reporter at Britain’s Times newspaper reported on Tuesday.

Previous articlePortugal Suspends Visas for Iranians Over Security Reasons
Next articleIran Regime Hangs 1 in Public, 4 Others in Prison