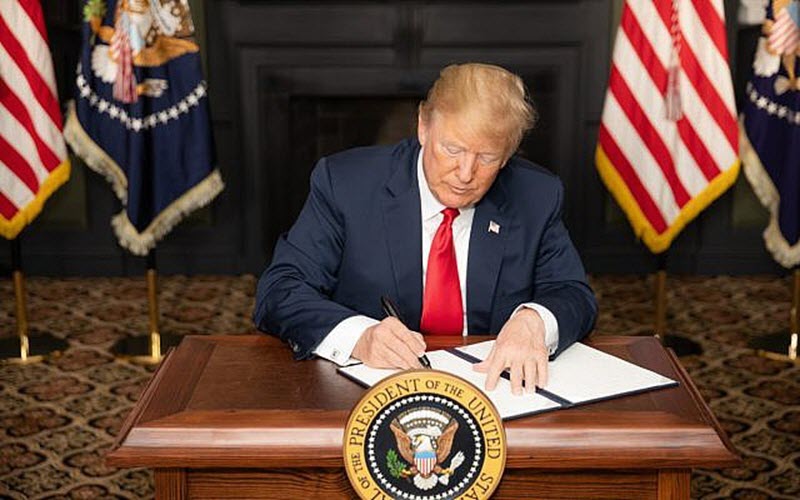 On Monday, the first round of US sanctions against Iran was reimposed, putting additional pressure on the highly unstable Iranian Regime.

These sanctions, which were eased under the 2015 nuclear accord, affect financial transactions that involve US dollars, Iran’s automotive sector, the purchase of commercial planes and metals including gold.

This comes just three months after Donald Trump pulled the US out of the Iran nuclear deal of 2015, which had lifted these sanctions against the Iranian Regime, to the disapproval of the other signatories to the deal. He warned that any companies continuing to invest in Iran after the deadline would “risk severe consequences”.

Trump said that the “horrible” agreement had given Iran the money it needed to fuel additional conflict in the Middle East, whilst imposing insufficient restrictions on its nuclear weapons programme.

In a statement, he said: “We urge all nations to take such steps to make clear that the Iranian regime faces a choice: either change its threatening, destabilizing behaviour and reintegrate with the global economy, or continue down a path of economic isolation.”

The Iranian Regime has blamed the US withdrawal for the economic crises currently plaguing Iran, which has resulted in a deep devaluation of the rial and widespread protests by the people. This is typical behaviour from the Iranian Regime, who are ignoring the fact that the weak economy was caused by the Regime’s corruption and mismanagement and that the protests are centred on an overwhelming call for regime change by the people.

The American government stands with the Iranian people and supports their protests, according to US officials.

Secretary of State Mike Pompeo said that these sanctions will remain in place until the Iranian government radically changes course and ends its reign as the world’s leading state-sponsor of terrorism.
He said: “They’ve got to behave like a normal country. That’s the ask. It’s pretty simple.”

While National Security Adviser John Bolton said the Iranian Regime is on “very shaky ground”, but that the economic pressure on is not an attempt at “regime change”. Perhaps it should be. After all, the Iranian Regime will not change, as the past 40 years have shown.

However, the US sanctions have received support from Israeli Prime Minister Benjamin Netanyahu, who said that the sanctions symbolize “the determination to block Iran’s regional aggression as well as its continuous plans to arm itself with nuclear weapons.”

The second round of US sanctions targeting Iran’s oil sector and the central bank will come into place in November.