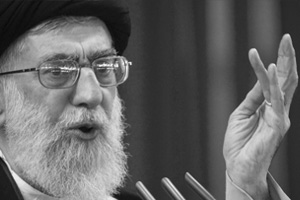 NCRI – The Iranian regime’s supreme leader Ali Khamenei and his family have amassed a huge fortune, amounting to billions of dollars, even as the people of Iran including a majority of the working class have been living in poverty and destitution.

Much of Khamenei’s personal wealth is in the hands of his sons and daughters, large amounts of which are held in banks in the United Kingdom, Syria and Venezuela.

Mojtaba Khamenei, the supreme leader’s second eldest son, has more than $3 billion, according to a report by the Arab-language Alquds Alarabi Newspaper. Most of his wealth is held in banks in the United Arab Emirates, Syria and Venezuela, and several African countries, the paper wrote on July 7.

Mojtaba is estimated to have $300 million of assets in gold and diamonds. Some $1 billion of this wealth has been obtained from special taxes in oil sales: $1 for each barrel sold to China and India, and between $5 to $15 for each barrel of Iran’s general oil sales.

Mojtaba has also begun to take over vast stretches of land near the city of Mashhad, north-east Iran, turning it into his personal property.

Mojtaba owns the largest shopping center, the largest building project, a private plane and helicopter for urgent trips, and a variety of state of the art Mercedez-Benz vehicles and horses.
The Mayor of Tehran, Mohammad-Bagher Qalibaf, has given thousands of hectares of the best areas of Abbas Abbad and other districts in the capital to Mojtaba as a ‘gift.’ Qalibaf is a former senior commander of the regime’s Islamic Revolutionary Guards Corps (IRGC) with other close ties to the mullahs’ supreme leader.

The supreme leader’s third son Masoud, a former law student from Tehran University, is in charge of many of his father’s institutions. He is the director of Ali Khamenei’s personal website.

Khamenei’s youngest son Meysam is a former theology student from Tehran University and is married to the daughter of one of Iran’s most famous bazaar merchants. He also has a key role in many of Khamenei’s institutions. He is partner to his brother Masoud in the Renault company and receives 5 million Rials from each vehicle that his brother sells in Iran. Meysam has accumulated a wealth of more than $200 million and he owns liquidity valued at around $10 million used for trade in the country’s own market.
Boshra, Khamenei’s daughter, who is married to the son of Mohammad Golpaygani, Khamenei’s chief of staff, is well looked after as the eldest daughter in the family. Boshra’s wealth is estimated at around $100 million.

Khamenei’s youngest child is Hoda. Her husband comes from a well-known religious family. Hoda has a keen interest in fashion and jewelry. She has a women’s salon in her home. Her wealth is also estimated at $100 million.

Khamenei’s famous uncle Hassan is the contractor of Iran’s state television corporation and responsible for purchasing the cameras and electric equipment and assembling the necessary machinery. He is also the representative of Sony in all of Iran. Sony’s sales in Iran are estimated at $600 million each year, and 7% of the sales revenue goes to the supreme leader’s uncle.