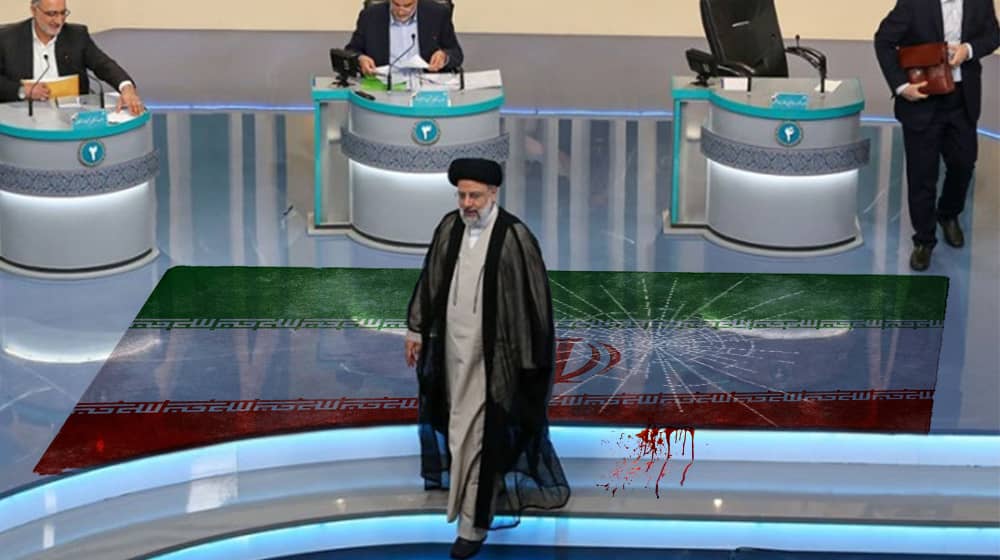 They acknowledged the plight of Iranians under economic pressures and the regime’s corruption as the real cause of this situation.

“Corrupt groups and rent-seekers have seized the economy and the society’s culture. They have expansive connections in imports and exports as well as money launderers and smugglers,” said Abdolnasser Hemmati, the former Central Bank Chief, referring to the Revolutionary Guards (IRGC).

“The establishment’s officials have turned into nobility. They have seized control of the economy for three decades,” said Alireza Zakani in response to Hemmati. Zakani, a current member of parliament from Khamenei’s faction, has close ties with the IRGC.

In response, Hemmati said, “Every year, the merchants of sanctions make $16 billion in profits,” referring clearly to the IRGC’s network of smuggling.

“The main task of these debates was attacking the political establishment of the [regime]. These speeches were indictments against the entire system,” wrote the state-run Arman daily on Thursday.

“We witnessed a very low-level debate. It was an embarrassment. These debates showed how low-level the future president be,” Arman daily adds.

In other words, these debates portrayed a picture of a corrupt and warmongering regime and how weak the regime is. What has been revealed during these debates was only the tip of the iceberg of the regime’s 40 years of oppression and corruption.  As Arman daily underlined “Nothing comes out of the sack, but what was in it.”

Many of the regime’s state media outlets and officials said that these debates had increased the public’s willingness to boycott the election. Khamenei’s rival faction had also claimed that eliminating its candidates from the election by the Guardian Council will decrease people’s participation.

While these developments certainly impact society to further confirm the regime is not democratic, the Iranian people have long announced their willingness to boycott the regime’s sham election. Iranians from all walks of life have been chanting in their protests that “we will not vote anymore; we have seen no justice.” The People’s Mojahedin Organization of Iran (PMOI/MEK) has played a key role in popularizing the call for boycotting the regime’s sham election through its Resistance Units.

“The low voter turnout in the upcoming election is our enemy’s everlasting dream. Yet, today some people speak of low participation. This presumed low voter turnout is not due to the disqualifications by the Guardian Council,” said Mehdi Kiany, Khamenei’s representative in Kohgiluyeh and boyer-Ahmad province, on Friday.

“I believe mismanagement is the cause of low participation. Some people try to blame the Guardian Council for the low voter turnout. This is a trick. Was the participation 80% before the announcement of the qualifications?” said Gholamali Hadad-e Adel, the regime’s former parliament speaker from Khamenei’s faction.

In a nutshell, the regime’s sham election would meet a nationwide boycott, showing that this regime is not legitimate. This is what frightens the regime and its officials.