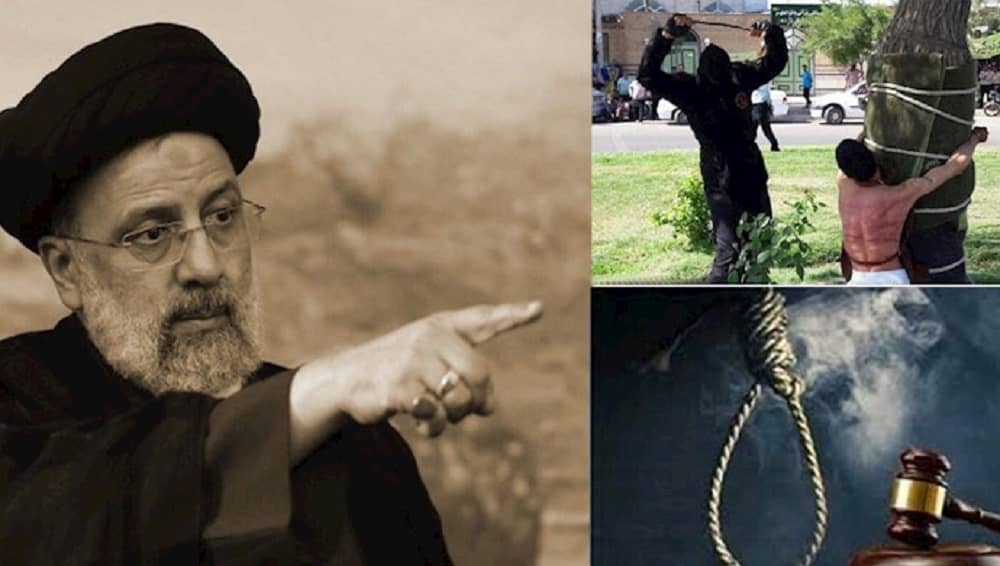 Days before Iran’s sham presidential election, the conflict between the Iranian people and the regime is amplifying. Yet, the regime’s apologists try to downplay the nationwide campaign for boycotting the elections.

The regime’s Guardian Council disqualified all candidates but seven, at the behest of the regime’s Supreme Leader Ali Khamenei. Khamenei could not tolerate the slightest opposition, so it banned his close officials such as Ali Larijani from running for the presidency.

Yet, regardless of disqualifications and Khamenei’s intention to consolidate power in his regime, Iranian people have shown their desire of boycotting the regime’s election farce.

The calls for boycotting the regime’s election farce have reached a point that even the Friday prayer leaders are literally begging the public to participate in the election. Ahmadi Alam-ol Hoda said last Friday that this election “is a referendum, and each vote is a yes to the Islamic Republic.

In other words, regime officials know people would boycott the election, and the regime is illegitimate.

Meanwhile, the regime’s apologists abroad are trying to link the election boycott to removing the so-called reformists.

While videos from Iran show people, mainly family members of the regime’s victims say “my vote is regime change,” the regime’s apologists try to downplay the cause. They try to show that the highest possible nationwide boycott is because of the absence of the so-called “reformists.”

Iranian people have rejected this claim during their nationwide uprising in the last two years, by chanting “Reformists, hardliner, the game is over.”

There is no difference between the regime’s factions, and they are all trying to preserve the system, asking people to participate in this election.

“The head of Iran’s Reformist Front, in a video, invited people to go to the polls and participate in the presidential election,” wrote the state-run Mostaghel daily on June 15, 2021.

The so-called reformists know they can no longer deceive people. So they have shown their true face and pledged allegiance to Khamenei’s preferred candidate, Ebrahim Raisi. Raisi has a dark record of human rights violations. These so-called reformists supporting him are indeed from the same ilk, as they have been involved in forty years of oppression by the mullahs’ regime.

The state-run Mostaghel daily reported on June 15 about “The allegiance of the managing directors of the reformist medias such as Shargh, ILNA, Arman, Donya Eghtesad, narrator, Aftab Yazd in a meeting with Ebrahim Raisi.”

“The reformists have realized the end of an era in Iran’s history, so they pledged allegiance out of need. They have given up hope for the future and the path of reformism,” Mostaghel daily acknowledged reformists’ failure in deceiving the public.

“It is not clear which candidate the reformists will vote for in the presidential elections, but interestingly, some of the leaders of this movement have issued statements calling for the participation in the elections,” wrote the state-run Siyasat-e Rouz daily on June 15, 2021.

“Behzad Nabavi, an official in the reformist party, has also called people to participate in the election to ‘save’ Iran,” wrote the state-run Arman daily on June 15.

Therefore, those speaking of the myth of moderation and reformism in Iran are not supporting the Iranian people. They are trying to preserve the regime.

The regime’s apologists try to spread this false notion that the actual conflict is between reformists and hardliners. But the real struggle is between the Iranian people and their organized Resistance to the mullahs’ regime.

State media and officials of the so-called reformist faction acknowledge their failure in deceiving people. But regime’s apologists continue speaking of reformism in the regime. Their goal is to preserve the regime and deceiving the international community and prevent it from supporting the Iranian people’s desire for regime change.

Those in the west calling for reforming the terrorist regime would soon pledge alliance with a murderer like Ebrahim Raisi, as some of them in recent days called Raisi a great “reformer.”

Unlike the regime’s apologists, the Iranian opposition, the People’s Mojahedin Organization of Iran (MEK), has been pushing for regime change and popularizing the campaign of boycotting the regime’s sham election. The MEK has been calling for regime change in the past 40 years, representing the Iranian people’s genuine desire and paying its price by sacrificing over 120,000 of its members and supporters.

The regime’s sham election will have low voter turnout, but not because of the elimination of the so-called reformists. Iranian people would boycott the mullahs’ election farce due to the regime’s 40 years of crime and the Iranian Resistance’s role in shedding light on the regime’s crimes.

Previous article
Iran Election 2021: The November 2019 Uprising And Election Boycott
Next article
Iran: Coronavirus Takes Away the Lives of More Than 313,300