NCRINational Council of Resistance of Iran
EN FR DE IT AR ES AL
HomeIran News NowIran Presidential Election 2021: Who is Ali Larijani?
Iran News NowLatest News on Iranian TerrorismIran ElectionElections Candidates BiographyIran Election in Brief-News and VideosNews- Find what is going on In IranWho is who? 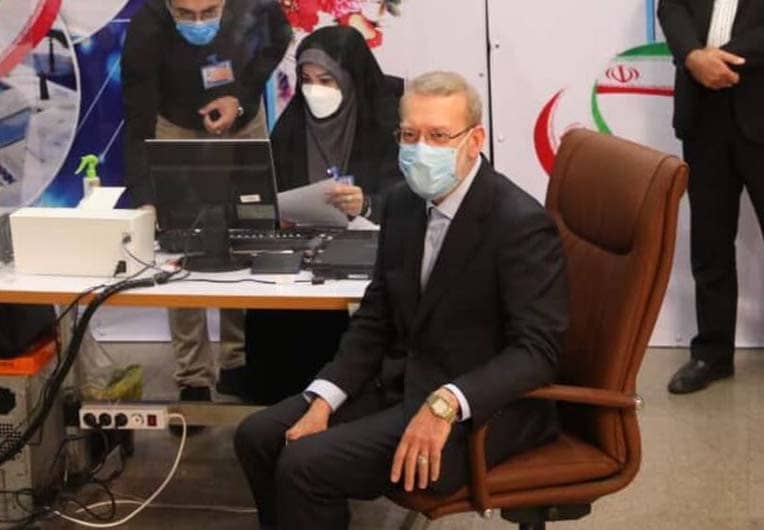 Ali Ardeshir Larijani entered the race for the upcoming sham Presidential election on May 15, 2021, by registering his candidacy.

Larijani was an IRGC Brig. Gen. and played a major role in the eight-year Iran-Iraq war. He held the following posts in the IRGC:

After serving in the IRGC for 10 years, he became the Minister of Culture and Islamic Guidance during Akbar Hashemi Rafsanjani’s presidency in 1992 and remained in that post until 1994. He played a key role in the censorship of the media and cultural activities.

Khamenei appointed Larijani as the head of the state broadcasting network (IRIB) in 1994, a position he held for the next 10 years. During his tenure, the regime’s interference in regional states was buoyed by several Arab-language television stations that Larijani set up to disseminate propaganda and ideological indoctrination of Arab youth, especially to Iraq and Lebanon. He also used the broadcasting network to broadcast forced confessions of imprisoned dissidents and intimidation of the public.

His chief security officer at the state broadcasting network was Ghafour Darjazi (an IRGC Brig. Gen.) who was implicated in the assassination of Abdol-Rahman Qassemlou, the Secretary-General of the Kurdistan Democratic Party of Iran in July 1989 in Vienna, and the murder of Mohammad Hossein Naghdi, the NCRI’s representative in Italy in March 1993 in Rome. Darjazi followed Larijani to work at the Supreme National Security Council when Larijani became the SNSC’s Secretary.

As the Secretary for the Supreme National Security Council, Larijani appointed an IRGC Brig. Gen. Mohammad Jafar Sahraroudi as his deputy and later as his chief of staff during his term as Parliament Speaker. Sahraroudi was the commander of the hit-squad that shot and killed Qassemlou in Vienna in 1989. Sahraroudi was wounded and hospitalized in that operation in Vienna, but quickly flew to Iran by invoking diplomatic immunity to avoid prosecution. On December 12, 1989, Austrian Police issued an international arrest warrant for Sahraroudi for his role in the assassination of Mr. Qassemlou.

He was a member of a committee headed by Saeed Emami, the then-Deputy Intelligence Minister, and serial killer, who infamously abducted and murdered numerous dissident intellectuals and writers in Iran in the 1990s.

At the same time, he was a member of the Expediency Council and the Supreme Council for Cultural Revolution, sitting on almost all consequential agencies of the regime.

In a February 2005 interview with the Fars News Agency, he said, “any concession on the nuclear program is treachery.”

In June 2008, he became the Speaker of the Parliament, a position he held for 12 years.

Larijani’s brothers, all influential in the regime, are heavily implicated in high corruption and profiteering to an extent that the Larijani family name in Iran is today synonymous with rampant bribery and corruption.