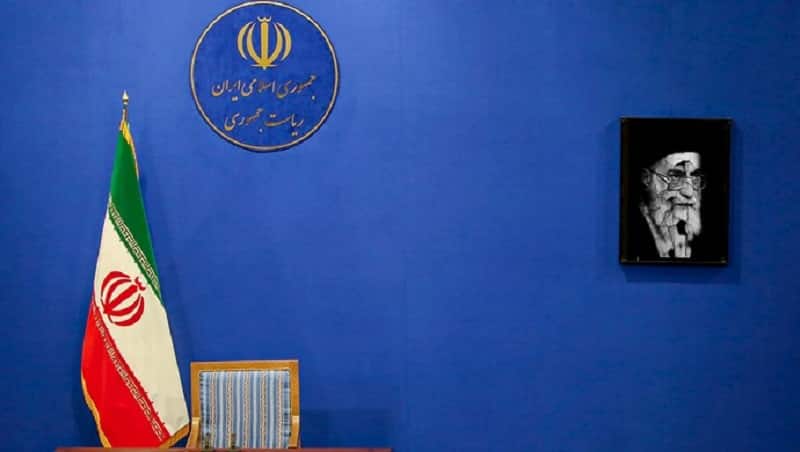 Iran’s sham presidential elections will be held on June 18. As the date approaches, the regime’s factional feuding increases, fueled by the increasing people’s social and economic hardships. In recent days the state-run media admit the regime is engulfed in crisis and warn of the rising social hatred and the nationwide boycott of the regime’s elections amid the regime’s infighting.

“In the last four and a half years, the social trusts gap has reached its lowest point in the last 40 years,” wrote the state-run Arman daily on Wednesday.

Arman underlines that “the decline of the social treasure in our country is not without reason. The sudden increase of the fuel price in November 2019 [which led to major Iran protests] despite authorities’ promises and then the cover-up of downing the Ukrainian airliner has added [to the social mistrust.”

The regime’s inhumane Covid-19 policy, which is based on cover-up and inaction, has also increased the social hatred. “The contradiction between the Health Ministry’s official death toll and the local officials, and now the vaccination issue and officials’ corruption in this regard, has deepened the social gap,” Arman wrote in this regard.

Arman then warns the regime’s factions that the deepening of the social gap will result in “Social indiscipline” or rather uprising as the elections approach.

In another article, while admitting to part of people’s economic and social hardships, Arman underlines that “Encouraging people to go to the polls requires something like a miracle.”

“The [sham] presidential election is considered a referendum from a perspective. Therefore, participation or non-participation in it must be with the understanding and acceptance of this presupposition. Let us be vigilant and think of a solution; Since today, the sharp decline and poverty of public trust in the regime has raised the alarm more than economic poverty,” Arman adds.

Arman confirms that the regime “as a political system, undoubtedly is in crisis, due to the numerous domestic and international problems and its 40-year performance.”

Arman warns that “This crisis, by a significantly low turnout in the elections, can lead to a crisis from an internal and external perspective, along with the numerous challenges for the [regime].”

While the regime’s so-called reformists of hardliners fight over more power, Arman’s article reminds them that none of the regime’s president “couldn’t fulfill the promises they made to people. They destroyed the last drops of public’s trust.” Arman then advises the regime’s factions to “end the power struggle.”

“There is still no motivation or attention from the people. Hassan Rouhani’s government has been able to neatly portray for people the inability, failure, and inefficiency of all Iranian governments,” the state-run Mostaghel daily wrote on Thursday.

In an article on Thursday, the state-run Setare-h Sobh (morning star) warns regime officials of people’s boycott of the regime’s sham presidential elections.

“Iranian society is affected by the hardships it has gone through and is going through in difficult conditions. These difficult conditions of the country in the fields of domestic and foreign policy and regional and economic conflicts and rifts that our society suffers from, including generational and ethnic challenges, have created a situation in which public opinion has been unprecedentedly disappointed and frustrated with elections,” Setar-e Sobh’s article warns.