Written by Mansoureh Galestan
22nd May 2021

On Thursday, Ontario’s Superior Court of Justice issued a ruling in the case brought against the Iranian regime by four families who lost loved ones in the downing of Ukraine International Airlines Flight 752. The incident took place on January 8, 2020, when the Islamic Revolutionary Guard Corps fired two missiles at the flight that had just taken off from Tehran. Iranian authorities initially attempted to cover up the IRGC’s culpability, then later attributed the missile strikes to human error. But Thursday’s ruling by Justice Edward Belobaba holds that the incident was a deliberate act of terrorism and that Tehran should be held accountable with asset seizures leading to compensation for victims’ families.

The flight was carrying 176 passengers and crew members, all of whom were killed in the strike and resulting crash. The Canadian venue for the just-concluded court case reflects the fact that 55 of the passengers were citizens of Canada while 83 others had ties to the country through permanent residency or family relations. The United Kingdom, Sweden, and Ukraine each lost residents to the disaster as well, and all four countries have participated in efforts to secure a full accounting of the circumstances leading up to it, with an eye toward establishing the Iranian government’s level of culpability.

Those efforts have faced a number of obstacles throughout the 16-month investigation process, with Iranian regime authorities initially promoting a false explanation and later withholding the flight data recorder from civil aviation authorities with the means of analyzing its contents. Within hours of the crash, the regime issued official statements attributing it to a “technical problem.” But the following day, American and European intelligence agencies cited satellite imagery and other data sources as justifying the conclusion that the airliner had been struck by at least one missile. These statements were backed up by civilian recordings from inside Iran, which showed the moment of impact, followed by a fireball rising from the crash site.

About three days after the strike, the regime authorities altered their cover story to accommodate “human error” but continued their efforts to exert tight control over information that reached the international community. At least one person was arrested on suspicion of having leaked one of the videos that exposed Tehran’s initial lie. Furthermore, a spokesperson for the Iranian judiciary acknowledged on January 14 that at least 30 individuals had been arrested for taking part in protests that sprang up across more than a dozen provinces, largely centered on university campuses, in response to the regime’s aborted cover-up.

The actual number of these arrests was likely much higher, especially considering that protests in question tended to feature calls for the resignation of all leading officials and even for a wholesale change of government. In this way, the Iranian people’s response to the Flight 752 disaster ended up being closely linked to at least two prior uprisings, which similarly condemned both the “hardline” supreme leader and the “reformist” president while seemingly endorsing a message of support for regime change.

The January 2020 protests were somewhat smaller in scale than those which took place in January 2018 and November 2019 but has still been cited by activist groups as the last in a series of “uprisings” that were supposedly put on pause the following month by the official start of the Iranian branch of the coronavirus pandemic. The country’s leading pro-democracy opposition group, the People’s Mojahedin Organization of Iran (PMOI/MEK), has suggested that in absence of the pandemic, the unrest would have continued recurring throughout 2020, in response to persistent crises regarding Tehran’s domestic conduct as well as its support for terrorism.

The MEK was also among the first entities to explicitly describe the downing of Flight 752 as an intentional act of terrorism. Statements cited Tehran’s initial cover-up and the advanced nature of IRGC missile programs as evidence against claims that the incident was simply an accident. The Ontario court’s ruling took much the same position, with Justice Belobaba saying, “I find on a balance of probabilities that the missile attacks on Flight 752 were intentional and directly caused the deaths of all on board.”The January 2020 missile strike is by no means the only such evidence to emerge in recent years. In 2018 alone, Iranian operatives were caught plotting terrorist activities in at least three European countries, leading to the expulsion of Iranian diplomats from Albania, France, and the Netherlands, and also to the arrest and prosecution of one diplomat who was determined to be the mastermind of a plot to bomb a venue just outside of Paris. 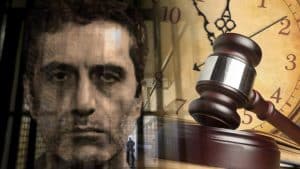 That individual, Assadollah Assadi, was sentenced to 20 years in prison by a Belgian court in February. His trial established that his efforts to attack the National Council of Resistance of Iran’s gathering of Iranian expatriates and Western dignitaries was based on orders from high within the Iranian regime. Investigators also found that Assadi had recently made contact with dozens of fellow operatives all across continental Europe, some of whom received payment for services as yet unspecified.

MEK activists and affiliated groups have issued numerous statements in response to these details, urging Western governments to take further action to counter the underlying threat, as by designating the Iranian Intelligence Ministry and the Revolutionary Guards as terrorist entities. The push to blacklist the IRGC has already been given new traction by the Ontario court’s ruling, with Canada’s Shadow Minister of Foreign Affairs calling it “another confirmation that the IRGC should be listed as a terrorist entity by the Trudeau government, something it has refused to do.”

The MEK has long criticized other Western governments for similarly refusing to hold Iranian terrorist entities accountable. It has often attributed that refusal to a miscalculation of the risks associated with exerting new pressures on the Iranian regime. Those risks were arguably diminished in the immediate aftermath of the Flight 752 disaster, as Iran’s domestic population revolted against the authorities responsible for it. The MEK now predicts that the regime’s domestic vulnerability will once again be amplified by public protests, which the NCRI’s President-elect Mrs. Maryam Rajavi has described as “rising from the ashes” of the coronavirus pandemic.

Previous article
Iran News in Brief – May 22, 2021
Next article
Iran Election 2021: A Power Struggle Between The Mass Murderers