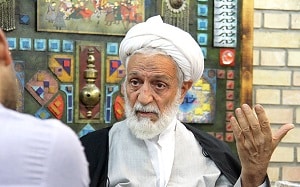 In an interview with the state-run Khabar Online, Mohammad Taghi Rahbar, the Supreme Leader’s representative and interim Friday Prayer leader of Isfahan said: “Regarding allowing women to enter the stadium, we cannot simply issue this permit. As men’s clothing who play football is kind of… according to Islam, it should be kept out of the sight of women.”

“Of course, since the denial should not be a reason for people to hate religion, we can take measures to ensure that women go to the stadium and do not fall into sin,” Rahbar added. “Last year, for example, in the city of Isfahan, there was a lot of sensitivity about women’s cycling and the topic became a hot debate. In the Friday prayers, while discussing the religious forms of pedaling by women in the street in front of the eyes of nonrelatives, we proposed to specify a park for women, where women can ride bicycles and, thank God, they would not become prone to guilt. I stress that we should avoid the situation where people, especially the youth, are going to despise Islam and the clergy.”

Admitting to the regime’s serious concerns, Rahbar said: “Some people believe that there is a gap between the people and the clergy. Weakening this relationship and changing the way people look at the clergy has nothing to do with these issues. People nag the clergy because of the pressure that is caused by inflation and problems such as unemployment and… Many times, people in the streets or shops stopped me and protested against the situation, and sometimes they even got angry.” On Sunday evening, the Yemeni National Army Media Center said in a statement that Iranian regime-backed Houthi militias have violated the ceasefire on several occasions on the first day of the UN-blessed truce.

The statement suggests: “The Houthis violated the ceasefire on various fronts, including the provinces of Al-Hudaidah, Hajjah, Taiz, Al-Jawf, and Marib.”

The Yemeni National Army Information Center has recorded more than 44 ceasefire violations by Houthi militants, which included Houthi attacks on governmental, military, and civilian properties with Katyusha artillery and missiles as well as sending manpower and equipment to various fronts.

Congressional Republicans are spearheading a legislative effort to bar the Biden administration from lifting terrorism sanctions on Iran’s Islamic Revolutionary Guards Corps (IRGC) as part of a new nuclear agreement with Tehran, according to a copy of a new bill obtained exclusively by the Washington Free Beacon.

Reps. Brian Mast (R., Fla.) and Scott Perry (R., Pa.) introduced on Monday the Preventing Terror Sympathizers from Appeasing Terrorists Act, a bill that would block the White House from delisting the IRGC from the Foreign Terrorist Organizations (FTO) list without congressional approval.

In Defiance of Ramadan’s Spirit, Local Officials in Lorestan Province Increased Public Suppression for Failing to Fast or Feeding

The head of the Lorestan Province Police announced that 14 food and beverage units in the province were shut down for serving food during Ramadan while three citizens were arrested for eating in public.

State-run Borna news agency quoted Ahmad Reza Ahmadian as saying: “According to a special plan, 141 food and beverage units were visited, of which 14 units were sealed due to serving food and 124 unit managers were warned to observe the rituals of the holy month of Ramadan.” 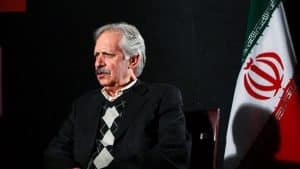 “Frequent meetings in the Middle East have made releasing the IRGC from the burden of sanctions more difficult,” Ali Bigdeli, a state-affiliated analyst told Mostaghel Online. “The six-party meeting that took place in Israel, where Egypt, Bahrain, the United States, Israel, etc. is going to increase the pressure even more. A new political-security alliance is being shaped against us, to which Jordan and Turkey will probably join too.”

Bigdeli added: “Jordan’s overt and covert meetings with Israel and Iraq and the transfer of gas to these countries will change the geopolitics of the region. If we can not fundamentally change our regional policies, we will become more and more isolated. Our regional policies have not worked very well so far. Evidence shows that these policies have failed and have so far resulted in nothing but costs. We spent a lot in Syria. Finally, Syria went over to the Arab world.”

Warning about the fate of the regime, Bigdeli concluded: “Iran’s economy is also a paralyzed economy and we must find a way, and if we fail to find a way to improve it, we may get involved in social uprisings this year and next.” According to the latest regulations issued by the Iraqi government for tourism agencies and airlines, travelers who intend to enter the country from Iran must have been vaccinated with one of the Iraq-approved vaccines.

The list of approved vaccines does not mention the names of any of the vaccines produced inside Iran. All travelers over the age of 12 can travel to Iraq by presenting a valid Covid-19 vaccination certificate issued 14 days after the last injection, or by submitting a negative PCR test within 72 hours of the incoming flight.

In the list provided by the Iraqi government, Pfizer, Moderna, AstraZeneca, Johnson & Johnson, Sinopharm, and Sinovac have been named as approved vaccines. So far, none of the vaccines produced in Iran have been able to obtain approval from the World Health Organization.

If Iran’s Oil Revenue Increasing, Why Is the Economy Tanking? 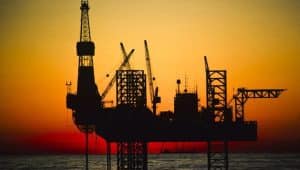 Iran’s oil exports have reached the pre-sanctions level, regime president Ebrahim Raisi claimed on March 31. In a meeting with a group of clerics on March 31, Raisi said, “The country was in a state that some officials said that if anyone manages to sell 200,000 barrels of oil, we will appoint him as the oil minister. But today, oil sales have returned to the levels before the sanctions and the revenue from oil sales is returning to the country.” 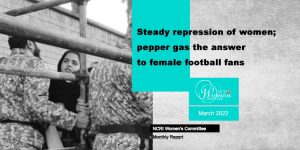 Over the past month, the Iranian regime has intensified its repressive measures and launched a new round of violence against women. In addition to increasing arrests and summoning of women activists and issuing prison sentences for them, the clerical regime carried out specific social measures during March. Granting new powers to the State Security Force to deal with improperly veiled and unveiled women in the street, banning female musicians from performing in concerts, revoking the licenses of female coaches, and cracking down on protesting female football fans who demanded to enter the stadium were among the most significant examples of these repressive measures. One could look at the Persian year 1400 (the Persian calendar) in the areas of the economy, social justice, and freedom. Regardless of the many different angles, these matters may be analyzed, an undeniable fact reveals itself in total clarity and absolute distinction. The year 1400 was a year of hardship for the ordinary citizens of Iran, a year of challenges for the regime of the ayatollahs, and a year of progress for Iranians who want regime change. 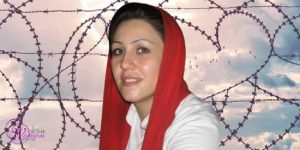 Reports from inside Iran’s Semnan prison indicate that political prisoner Maryam Akbari Monfared’s health is deteriorating day by day. According to the order of the regime’s ministry of intelligence, to increase the pressure on Monfared, prison officials are refusing to send her to the hospital for medical care.

For the past 11 months, Monfared has been suffering from liver disease. Due to her condition, the prison’s doctor prescribed her to only consume food specialized for patients with liver disease. However, until now the regime’s officials have not allowed her to obtain the prescribed food. 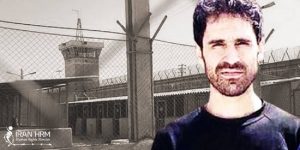 Saeed Afkari, the outspoken brother to executed protester and wrestling champion Navid Afkari wrote that his brother Vahid was attacked in prison and has a broken hand, and his family was shot outside the prison when they protested.

He wrote on his Twitter on April 3, that the regime security forces opened fire on his family while they had gone to visit Vahid, who remains behind bars for unjust reasons. They saw that prison guards had broken Vahid’s arm.

Previous articleIran: What Message Would IRGC’s Delisting Send?
Next articleWho was Mohammad Reyshahri?