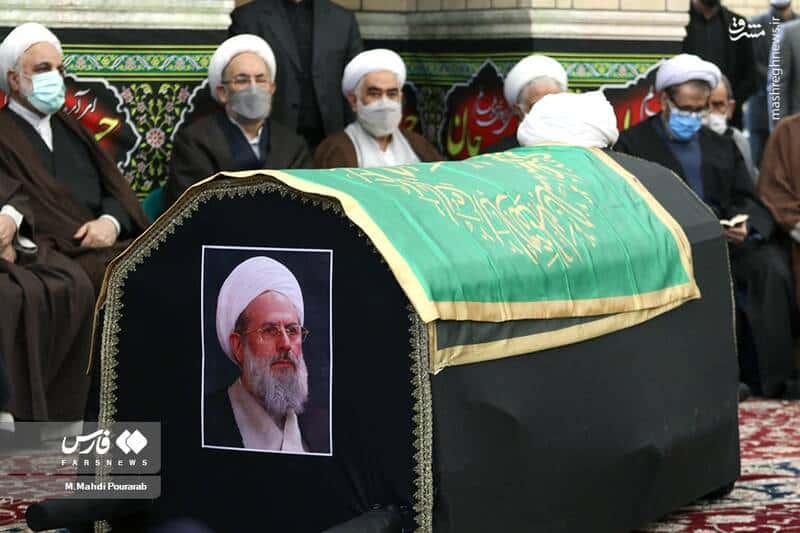 Mohammad Mohammadi Nik, also known as Mohammad Mohammadi Reyshahri and the “Judge of Death,” one of the main officials involved in sending political dissidents across Iran to the gallows following the 1979 revolution, died recently on March 21, 2022. Reyshahri was a key figure in the regime’s major decision-making throughout the past four decades and played a pivotal role in the massacre of political prisoners under orders directly from Ruhollah Khomeini, the regime’s first Supreme Leader.

Through Khomeini’s orders, Reyshahri was initially appointed to a senior post in the regime’s so-called judiciary system, and from there he was installed as the chief judge of the regime’s conventional military courts. Proving his loyalty to Khomeini by executing patriotic members of the military and dissident youth, Reyshahri was then appointed as the regime’s Minister of Intelligence and Security (MOIS) in 1984 and oversaw the 1988 massacre of political prisoners as the regime’s intelligence chief. Until his death, Reyshahri served as the regime’s prosecutor general, prosecutor of the special court for the clergy, caretaker of Iranians in pilgrimage to Mecca in Saudi Arabia, member of the Expediency Council, and member of the ultra-conservative Assembly of Experts.

“The measures of this revolutionary cleric in different posts played a security role in the country’s security and strength,” said Majlis (parliament) speaker Mohammad Bagher Ghalibaf on March 22, according to the regime’s official news agency, IRNA.

Ahmad Jannati, head of the regime’s Assembly of Experts and hardline Guardian Council, described Reyshahri’s main characteristic as serving Khomeini in his crackdown against dissident youth and especially the Iranian opposition People’s Mojahedin Organization of Iran (PMOI/MEK). “In the first decade following the revolution Reyshahri served the state by confronting various seditions,” he said on March 22, according to the semi-official news agency, ILNA.

In his memoirs, Reyshahri talked about playing a “significant” role in the regime’s crimes and keeping the mullahs’ apparatus in power. “Each day there were reports of protests and riots in a military base of a province. The PMOI/MEK were calling on the military ranks to launch disobedience campaigns… Officials reached a conclusion that launching a military court was necessary to confront these groups’ conspiracy in the military,” according to a March 24 piece wired by the Mehr news agency, an outlet linked to the MOIS. 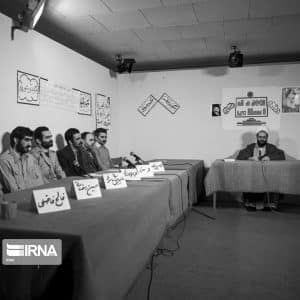 Just a few days after Iran’s revolution on February 11, 1979, and being appointed as a judge with full authority by Khomeini, Reyshahri was ordered to launch kangaroo trials across the country, ordering the execution of dissidents in Kurdistan, western Iran, across to the Turkmen Sahra regions of northeast Iran.

“During the Turkmen Sahra protests that began in March 1980 and continued until April 1981, Reyshahri was dispatched to the city of Gonbad Kavous as a senior judiciary official and issued a large number of death sentences,” according to a Deutsche Welle report on March 23 reviewing Reyshahri’s background.

Another crime in Reyshahri’s record during his role as the intelligence minister was the massacre in Mecca that targeted Muslim pilgrims on July 31, 1987. The regime’s Revolutionary Guards (IRGC) carried out Khomeini’s orders that left over 1,000 people killed and injured, including 275 Iranians killed and 303 Iranians injured.

Reyshahri’s role in the 1988 massacre of over 30,000 political prisoners, consisting mostly of PMOI/MEK members and supporters, could be considered his most atrocious crime against humanity since World War II.

“Reyshahri’s secret summer 1988 letter regarding the PMOI/MEK was a pretext and resulted in the execution of political prisoners based on Khomeini’s fatwa. Mostafa Pourmohammadi represented Reyshahri among the members of the Death Commission,” according to the March 23 Deutsche Welle report.

In an interview with the state-run Etemad daily on August 15, 2019, Mousavi Tabrizi confirmed that the “1988 executions began with a letter Reyshahri wrote to Khomeini as the regime’s intelligence minister.”

In response to the Etemad Online reporter asking why isn’t the 1988 dossier ever resolved, Mousavi Tabrizi replied: “You must ask Reyshahri who was the intelligence minister at the time, and this entire issue began with the Intelligence Ministry. It was Reyshahri who wrote a letter to Khomeini… Reyshahri was an important judge of political courts in the history of the Islamic Republic. Mostafa Pourmohammadi, [regime President] Ebrahim Raisi, Morteza Eshraghi, and Hossein-Ali Nayeri were among the officials who made decisions regarding the prisoners’ executions.”

During the 1990s Reyshahri began setting up a major economic cartel known as the “Foad Rey Holding” under the pretext of providing the financial needs of a religious site. His authority came directly from Khamenei. Members of this cartel included cabinet ministers and individuals from Khamenei’s personal office. This cartel was one of the main stockholders of Parsian Bank, the largest owner of meat exporters, and launched one of Iran’s largest turkey farms. 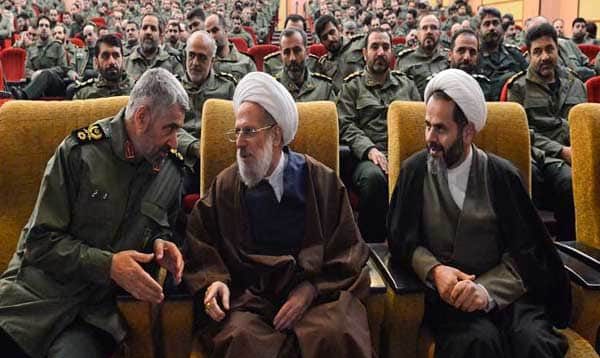 As in every part of the world, despite the huge differences in defining merits, in Tehran people have always been appointed to high positions based on the regime’s priorities. Mohammad Reyshahri who climbed the ladders of the hierarchy by cleansing insiders and dissidents, first and foremost from the MEK, became and remained the Minister of Intelligence for the best portion of his “professional career”. While his death might be of little importance to the world of today, his time on earth speaks volumes of Tehran’s priorities, and the system that rewards based on hostility towards those who the regime fears most.