Raisi Warned Gathering of MOIS, IRGC and Police About ‘Penetration’ 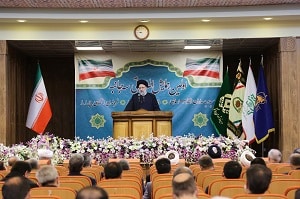 Today, following a series of strikes on the Iranian regime’s intelligence and information centers, including the interruption of state radio and television networks, the regime’s president Ebrahim Raisi, addressed an unprecedented gathering of officials from the Ministry of Intelligence, the Revolutionary Guards, and the state police.

While explaining the purpose of this meeting, allegedly to “prevent penetration”, “fighting corruption” and “eliminate the smuggling mafia”, Raisi said: “The enemies of the state have targeted every capacity of our country. They have threatened and sanctioned, they use new methods and evil tricks, and they use science and technology to fight our system.”

Referring to the regime’s inability to prevent intelligence leaks, Raisi added: “It is not enough to just warn the intelligence forces, rather you have to prevent sedition and incidents. The enemy seeks to change the management system of our managers.”

Researchers have come across a previously undocumented Trojan used by an APT group of Iranian origin that has been targeting organizations in Israel but also other countries since last year with the intention of damaging their infrastructure.

The group, tracked as Moses Staff by researchers from security firm Cybereason, has been operating since at least September 2021 and its primary goal is to steal sensitive data. It also deploys file-encrypting malware, but unlike ransomware, the goal is to cause business disruption and cover its tracks rather than financial gain.

The Iranian regime’s Judiciary has executed two prisoners in Ardabil Prison on Sunday, February 6. The prisoners were identified as Yousef Tahmatan and Behzad Tahmatan. Both have been in Ardabil prison for three years. The cyber group named ‘Adalat Ali’ (Persian for Imam Ali’s Justice) claimed it has hacked the Ghezel Hesar prison in Karaj and to have obtained “very confidential” security documents, including a list of 1,600 people arrested during the November 2019 uprising.

The group said in a message: “We hacked the Ghezel Hesar prison in Karaj to expose the regime’s oppression in another dreadful prison and not to allow it to be hidden again… We, the Iranians, are political prisoners of this authoritarian regime and we are going to turn the anniversary of the 1979 revolution to nationwide protests.”

In April 2021, the group had released footage that contained images of torture and inhumane treatment in Evin Prison. 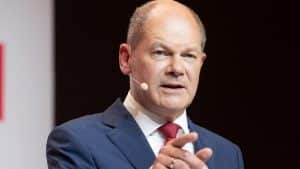 During an interview with the Washington Post, German Chancellor Olaf Scholz made clear Germany will not allow the Iranian regime to acquire a nuclear weapon.

When asked about how far away the negotiations are from making a deal, Mr. Scholz responded: “It depends on Iran. We gave them a clear message that now is the time for decisions and for progress, and not for prolonging the process. We will not accept the ability of Iran of having a nuclear bomb… There is not much time left. Because we know about the progress of the nuclear program of Iran.”

In tandem with ongoing protests by teachers, workers, pensioners, and other segments of the Iranian society, Resistance Units, a network of MEK activists inside Iran, continue their activities, calling for the overthrow of the mullahs’ regime and the establishment of a democratic state.

These activities take place as the regime continues to disregard the basic needs of the Iranian people and squanders the country’s resources on its destructive and criminal policies, such as arming terrorist groups in the region and chasing nuclear weapons. 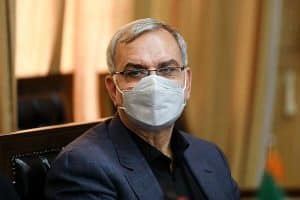 On Sunday, February 6, talking to the state TV, Bahram Einollahi, the Iranian regime’s health minister reported that in the next three weeks, the increase in the number of Covid-19 contracting and hospitalization cases will reach its height.

Report of More Executions in Iran

According to reports from inside Iran, the regime’s Judiciary has executed a young woman in Qazvin prison on Saturday, February 5. The victim’s name has been identified as Khatoon Hamidi and she was 23 years old. Khatoon has been in prison for 5 years. The Iranian regime stepped-up repression by the soaring executions and widespread arrests of civil activists and protesters, on the one hand, and escalated pressure on prisoners, especially those incarcerated on political grounds. January saw the clerical regime ratchet up social clampdown in step with the growing discontent and the spread of popular protests. Arbitrary killings, violations of prisoners’ rights, as well as torture, and ill-treatment of civilians continued.

Khatoun Hamidi, 23, Hanged in the Central Prison of Qazvin The authorities of the Central Prison of Qazvin (a.k.a. Chubindar) hanged a young woman by the name of Khatoun Hamidi on the morning of Saturday, February 5, 2022. Khatoun Hamidi, 23, was accused of deliberate murder for which she was sentenced to death. The execution of Khatoun Hamidi brings to 130 the number of women executed in Iran since summer 2013. An informed source said Khatoun Hamidi was arrested and detained five years ago after killing her fiancé. She did not love her fiancé and had been forced by her father, a drug addict, to marry him because he was rich. The sources added, “Khatoun had just one brother.

Shining Stars and Heroines of the Iranian Resistance February 8th marks the anniversary of a fate-making event in the history of the Iranian people’s quest for freedom. On February 8, 1982, Khomeini’s Revolutionary Guards surrounded and destroyed the headquarters and killed some of the most prominent leading figures of the PMOI/MEK. Khomeini –still alive in those days– thought that by dealing such a heavy blow to the opposition, he could put up a show of force, demoralize the staunch supporters of the movement and break their resistance in prisons and outside.

Previous article1st Week of Feb: Calls for Freedom and Justice in Iran Echoed Across European Cities
Next articleIran: The Misogynist Clerical Regime Is Responsible for Provoking Women’s Murder