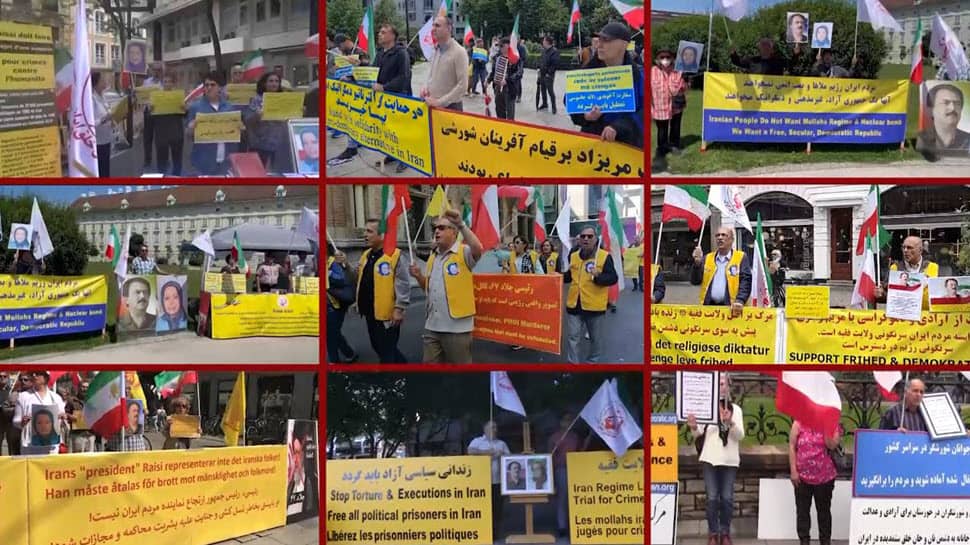 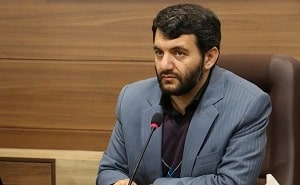 After months-long protests across Iran and protesters calling for him to step down, the Iranian regime’s Minister of Labor resigned today.

This morning, the state-run Fars news agency quoted the spokesman of Ebrahim Raisi’s administration as announcing that Hojjat Abdolmaleki’s resignation was accepted by the regime’s president. The agency also reported that Mohammad Hadi Zahedi-Vafa, former economic deputy of the vice president becomes acting Minister of Labor.

Abdolmaleki attributed his resignation to “increasing coordination” in the government. 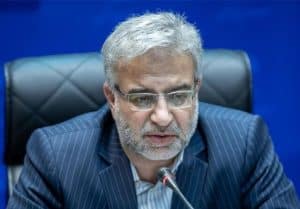 ISNA also mentioned a managerial record that shows his background in other institutions that are tied with the IRGC and have their hands dirty with systemic corruption and plundering the Iranian people’s wealth. 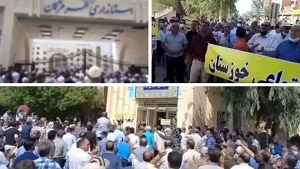 “In the current circumstances… the enemy is counting on protests and the social conditions!”

These remarks were made by Esmaeil Khatib, the Minister of Intelligence and Security of the regime ruling Iran, on June 5. This warning is quite something in and of itself. It is a stark warning to all factions and entities inside the mullahs’ regime in Iran, and a clear signal to the Iranian people and those seeking to overthrow this regime that major and unprecedented opportunities are in the making. 4 UN Rapporteurs wrote to the clerical regime in Iran about violating the rights of two political prisoners, Fatemeh Mosanna and her husband, Hassan Sadeghi.

Addressing Ebrahim Raisi’s Government, the 4 UN Rapporteurs gave them a 60-day deadline in which they expected a response to violations of the two political prisoners’ right to property and housing.

This letter, dated April 7, 2022, was made public and published on the UN website with a two-month delay under UN rules. As an instrument of harassment, Iran’s judiciary courts have been extremely busy with execution orders carrying out 26 executions in the span of just ten days. According to reports, at least 26 people, including two women, were executed from May 17 to 27 in 11 Iranian provinces. Seven of the executed men were Baluchi citizens — an ethnic minority making up five percent of the population — and were sentenced to death on “drug-related” charges.

The clerical regime hanged 12 inmates in Kermanshah, Ilam, Birjand, Ardabil, Khalkhal, Ahvaz, Isfahan, and Amol prisons from June 7 to June 9. Twelve prisoners from the Baluch minority were sent to the gallows in Zahedan Prison on June 6.

Tehran’s Breakout Timeline Is “Zero;” Weakness Is Not an Option Toward Iran 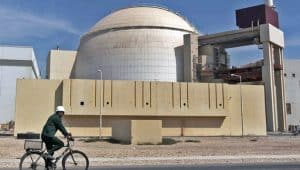 In recent months, all evidence has shown that the Iranian regime authorities are tirelessly continuing their nuclear bomb-making projects, and the international community, the P5+1 in particular, is still avoiding taking a firm approach against them.

Iran’s Atomic Energy Organization (IAEO) has failed to provide reliable and convincible details about the traces of uranium of human-made origin found in the regime’s Torquzabad, Varamin, and Marivan nuclear facilities, all of which were unknown until 2019. Tehran’s failure to comply has led the Board of Governors to approve a resolution. 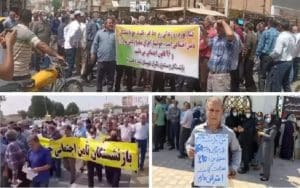 On Sunday, June 12, 2022, retirees and pension recipients affiliated with the Social Security Organization took to the streets in at least 20 cities across Iran for the sixth time in a week. “In another nationwide protest, retirees continue their rallies and marches, demanding their fundamental rights,” the Iranian opposition Mojahedin-e Khalq (MEK) reported. Reza Shahabi, a leading member of an independent trade union in Iran, who has been detained since May 12, started a hunger strike in protest at his continued detention.

A board member of the Union of Workers of the Tehran and Suburbs Bus Company (Sherkat-e Vahed), Shahabi was arrested on May 12.

Intelligence Ministry officers arrested him shortly after he publicly called on the authorities to investigate death threats against him and his family.

Saturday, June 11, 2022: Freedom-loving Iranians, supporters of the People’s Mojahedin Organization of Iran (PMOI/MEK), rallied in various cities in Europe and Canada against the mullahs’ terrorist regime ruling in Iran.