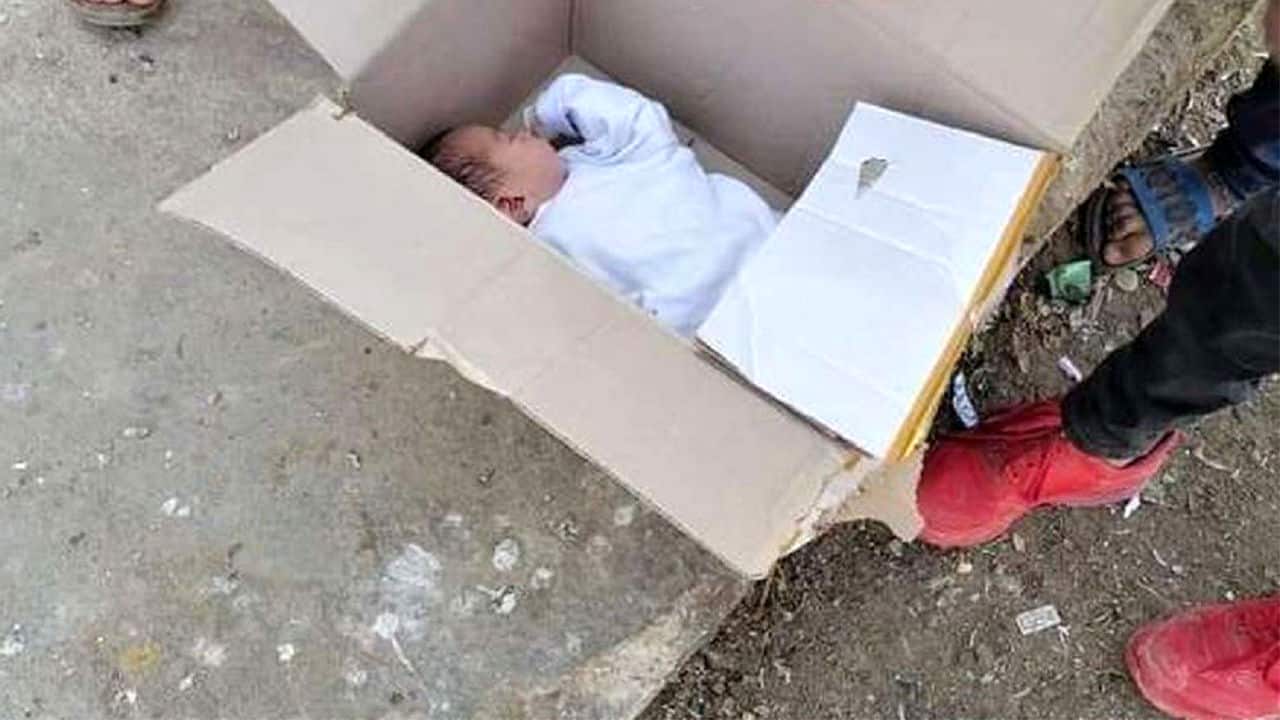 Newborn infants bring joy to the family. Some consider them as a piece of heaven on earth. A mother endures pain for nine months to have her baby, considering it the love of her life. But news from Iran indicates that poverty and hunger caused by the ruling corrupt regime are forcing some mothers to abandon their newborn babies on the street as they cannot afford to feed, raise, and keep them healthy.

Hundreds of heart-wrenching videos circulated on social media recently, showing newborn infants abandoned on the streets in plastic bags in dozen Iranian cities. These babies were later transferred to local hospitals, but little is known about their fate.

On May 28, 2022, Iran’s state media reported that over 5,000 newborn babies were found across Iran in less than ten days. This tragedy happened as the Iranian regime approved and has been promoting the so-called “Youth Population Plan.” 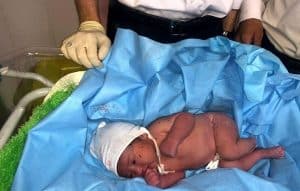 “The plan has not facilitated youth marriage and falls short of improving the quality of life of the people because the authorities must create welfare for the people to encourage marriage and childbearing. There are no real incentives for childbearing, and people who try to have children in the hope of these incentives remain at the expense of their child’s birth and upbringing. At the end of the day, they attempt abortion or abandon their babies on the street,” Mohammad Reza Mahboubfar, an Iranian pathologist was quoted as saying by the state-run Roydad-e 24 website.

Mahboubfar underlines that authorities have caused the abortion rate to multiply by approving this plan. And instead of providing a safe environment for abortion, they prosecute those mothers who intend to do this legally. Thus, many Iranian women try to have an abortion illegally, increasing health risks.

Many believe that Ernest Hemingway’s famous saying “For sale: baby shoes, never worn” is the shortest yet saddest story. But many advertisements on walls across Iran of parents selling their unborn babies deeply hurt any human being. The walls across the country are ashamed of thousands of ads of people selling their unborn child or their body parts due to the country’s mal ruling and corrupt regime.

In December 2021, Iran’s state media acknowledged some facts about this tragedy that showed the grim face of poverty in Iran.

“Over the past six months, we have seen an increase in infant sales across the country,” the state-run Tabnak website quoted Habibollah Massoudi, Deputy of Social Affairs of Welfare Organization, on December 18, 2021.

Massoudi acknowledged many Iranian women presell their unborn babies for as low as 1,000,000 rials, or $3! 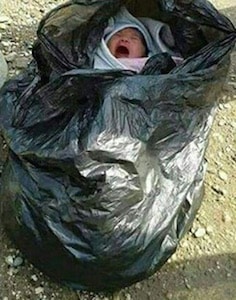 “Six months ago, a short advertisement in Tehran struck me like lightning: ‘We are selling our unborn boy.’ I called the number and reached a young couple who had auctioned their 5-month-old fetus,” the state-run Jam-e Jam website acknowledged in a tragic story in 2015.

According to this report, the parents were finally able to sell their priceless baby for 50,000,000 rials, or around $152. “We had high hopes to build a nice family, but we couldn’t. We tried every job but to no avail. We did not want to ruin our son’s life,” the parents told Jam-e Jam reporter.

In April 2022, pictures posted on social media showed Zahra Moshir, the wife of the Iranian regime’s parliament speaker Mohammad Bagher Qalibaf, and two other companions returning from Turkey, identified as his daughter, Maryam Qalibaf, and her husband, Mohammad Reza Bahiraei.

They arrived in Tehran from Istanbul with 19 pieces of luggage, including a hefty and expensive cargo of baby stuff for their unborn baby. This news caused a lot of stir in society, with online users calling it “baby stuff-gate.”

This was the last, not least, case of news about relatives of regime officials enjoying lavish lives. Pictures of children of Iran’s top authorities driving luxurious cars or wearing expensive clothes and jewelry circulate online.

Due to the regime’s corruption, ineptitude, and mismanagement, Iranians grapple with a severe financial calamity. Inflation hovers above 40%, millions are unemployed, children search for food in trash cans, women turn to prostitution to make a living, and some sell their body parts or unborn babies to “stay alive.”

No one is enjoying life in Iran under the mullahs’ regime, where authorities encourage people to live in austerity while plundering national wealth and squandering it on terrorism or funding their own relatives.

The ongoing protests across the country by people from all walks of life show another aspect of Iranian poor but brave people. Protesters loudly and clearly point to the root of their problems when they chant slogans about regime officials. And this is what frightens the regime most.

“Officials should leave their luxurious lives, then invite people to economic austerity. We cannot stop prices from increasing by issuing orders. Inflation doesn’t buy these words and keeps on rising. The ruling system bears all responsibility for people’s current situation,” the state-run Mostaghel daily wrote in this regard on June 6.