Two days after the controversial dismissal of the head of the IRGC’s Intelligence Unit, the commander of the IRGC’s ‘Vali Amr’ Unit, which is in charge of protecting Ali Khamenei was fired on Saturday by the Revolutionary Guards commander in chief.

In recent days, the dismissal of Hossein Taeb from the IRGC’s Intelligence Unit and his appointment as an ‘advisor to the IRGC commander in chief’, which many believe is largely ceremonial, has provoked many speculations about the internal affairs of Tehran’s military and security apparatus. 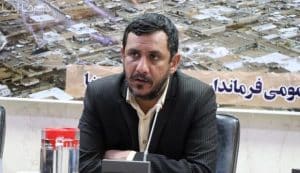 On June 24, the Governor of Shahreza in Isfahan province joined other high-ranking regime officials in warning that the Iranian opposition the Mujahedin-e Khalq (MEK) has “monopolized” the social media platforms, calling on the state to mobilize various organizations and ministries to counter the MEK.

The state-run Mehr news agency quoted Amir Jafari as saying: “The hypocrites, (regime’s description for the MEK) have monopolized the cyberspace… The enemy is trying to show that the Islamic Republic is at a dead end and to lead the people to dread and despair.”

Calling on other state officials, he said: “We should provide facilitation for the families of the martyrs of the assassination to express their experience, and here, we can cooperate with the Habilian Foundation. We are ready to cooperate to hold various ceremonies with the departments of the Judiciary, Education and the Martyr Foundation, Islamic Culture and Guidance, and other sectors.”

In recent months, the nationwide network affiliated with the Iranian Resistance has increased its activities against the regime, forcing many state and local officials to warn against the resistance and trying to contain its influence on the population. 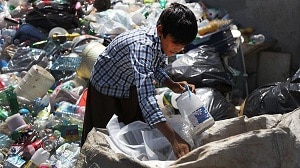 On June 22, Mohammad Fathi, the Judiciary’s Director-General of the Office of Women and Family Affairs and Cultural and Social Prevention said: “Poverty, as well as economic and cultural problems, are driving children to work in waste separation workshops or other places. They are being exploited for long periods of time on the streets by gangs and mafia groups and they are suffering physical, mental, psychological, and social injuries.” 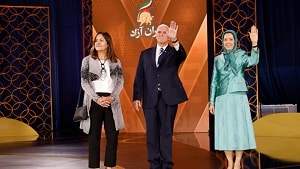 Former Vice President Mike Pence on Thursday visited the Iranian opposition People’s Mojahedin Organization of Iran (PMOI/MEK) in Ashraf 3 near Tirana in Albania, praising their decades-long struggle to overthrow the theocratic mullahs’ regime and establish a democratic and secular government – and calling on the Biden administration to change their current Iran policy by adopting a strong approach, pulling out of the failed talks to enter a renewed nuclear deal with Tehran that Mr. Pence emphasized will merely serve to “empower and enrich” the current regime. Human rights abuses in Iran have a long history. Under the reign of the late Shah, Iranians were deprived of fundamental rights and freedoms and suffered from pervasive violations of human rights, much at the hands of the Shah’s notorious security forces and SAVAK. The 1979 anti-monarchy revolution in Iran awakened hopes that a new era was dawning in which human rights and human dignity will be respected in practice. As it turned out, the policies and behavior of the new regime offered changes that were limited in styles and rhetoric but the same in content. Once more, human rights, freedom, and justice were caged, this time by the ayatollahs. Political prisoner Soada Khadirzadeh gave birth to her baby after two weeks of delay. She was cuffed to her bed after undergoing C-section to deliver her baby. Her family had no information about her health. Soada was kept in prison until 3 hours before delivering her baby. The delivery had been delayed by two weeks.

Soada’s legs and arms had swollen, and her baby’s health was at risk.
Finally, on Monday, June 20, 2022, at 5 am, Soada Khadirzadeh was transferred to a medical center in Urmia to deliver her baby by a C-section operation. 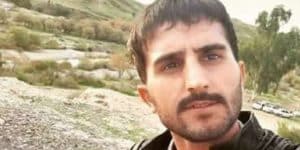 The state security forces arrested dissident activist Majid Khademi on Wednesday, June 22 after he appeared in Branch 1 of the Mahshah Revolutionary Court. The political activist stood trial the same day along with another activist Mehran Gharabaghi​.

Majid Khademi’s lawyer wrote on his Twitter account the same day: ” My client Majid Khademi was arrested again today after a hearing in the Revolutionary Court of Mahshahr due to new charges brought against him by the security officers of Behbahan city. He was transferred to Behbahan.”