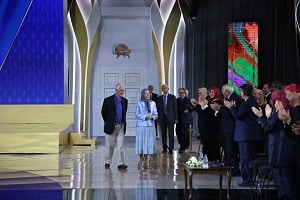 Professor Richard Roberts is a valuable scholar of molecular biology. His research led to the discovery of alternative splicing of genes, which proved instrumental in the prevention, and treatment of hereditary illnesses in infants. Prisoners who have recently been able to receive temporary leave have reported the condition of contaminated water in Qarchak Prison.

The contaminated water in Qarchak Prison has caused prisoners to experience various problems, including severe stomach pain and red blisters on their bodies.

According to an informed source, the quality of water in Qarchak Prison has deteriorated compared to the past 20 days. The water has turned saltier, smells, and tastes terrible. Since the mullahs’ regime seized power in Iran following the 1979 revolution, the country has been on a path of negative growth and economic decline. The regime has been plundering the nation’s wealth and resources and devastating industrial production and growth to further its own objectives. The regime’s economic bankruptcy has reached a point where its media and economic experts are admitting the economic challenges the government and the people have to face with the new budget. 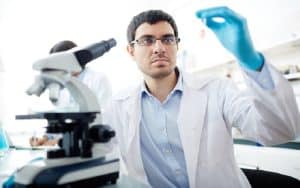 Since the Iranian revolution in 1979 one of the worst things that have happened is the acceleration in brain drain. Each new year, we are reading more concerning statistics in the state-run media.

This dark era started after many of the country’s intellectuals voiced protest over increasing repression and declining living conditions.

In response, Khomeini said, “Why are you yelling so much about the escape of the elites. To hell that they are escaping. Those who went to the universities and speak about science and culture, let them go because the universities are the root of all these miseries that have happened to humanity and the blows delivered to Islam.” The Coordinating Council of Iranian Cultural Associations announced on Sunday, June 26, that in the last two months, 230 teachers and teachers’ union activists have been arrested and imprisoned in various cities in Iran.

The council’s telegram channel also reiterated that about two weeks ago, no information was available on the situation of three imprisoned teachers, including Rasoul Badaghi, Mohammad Habibi, and Jafar Ebrahimi. Iran Mansouri, daughter of political prisoner Mohammad-Ali Mansouri sought the help of the international community to save her father, who is being held in Rajai Shahr Prison in Karaj, near the capital of Iran.

In her letter, Iran Mansouri referred to her father’s dire health and said he was still being held in prison, despite the advice of doctors.

Political prisoner Mohammad Ali Mansouri is serving his 15th year in prison despite suffering a heart attack last year. According to doctors, he must receive treatment in medical facilities outside prison.

The lawyer of Ali Younesi and Amir Hossein Moradi, two elite imprisoned students, says his clients were transferred to the general wards of Evin Prison on Saturday night after 26 months in a security ward with “difficult conditions”.

Mostafa Nili wrote in a tweet on Sunday, June 26, that “the case officer had requested from the beginning that they should not be transferred from ward 209 until a final verdict is issued, and this happened in practice.” 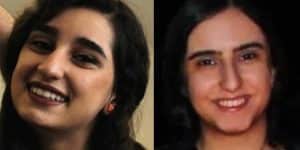 Two Baha’i citizens living in Shiraz were arrested by security forces on Sunday, June 26, and taken to an unknown location. The two Baha’i women are Shaghayegh Khaneh Zarrin, 20, and Negar Ighani, 22.

Their homes were searched, and their personal belongings including their religious books, computers, and smartphones were confiscated upon arrest.
No information is available on the charges against the two women and their whereabouts.