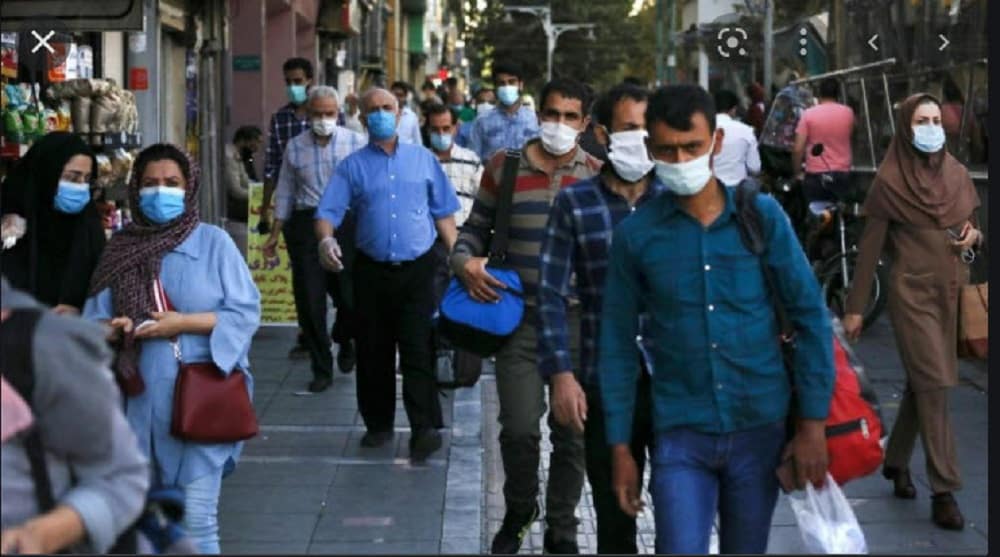 On Sunday, February 27, despite protests of school teachers, local officials ordered and executed the evacuation of the Aftab Primary School in Kerman, which was dedicated to poor children, and poured their furniture and equipment on the street. The school was used to educate children that were previously working on the streets to earn some income for their poor families.

According to the state-run newspaper Resalat on June 30, 2019, there are between 3 and 7 million children in Iran that are considered victims of child labor. These children are basically deprived of education, insurance, and any form of social support.

Iranian Regime Branded as Supporter of Russian Invasion by Ukraine 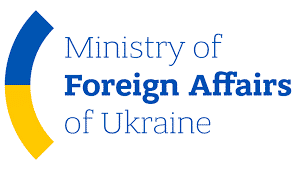 The Ukrainian government has branded the clerical regime ruling Iran as a sponsor of the Russian invasion of its country.

DUBAI, United Arab Emirates (AP) — Iran likely suffered another failed launch of a satellite-carrying rocket in recent days attempting to reinvigorate a program criticized by the West, even as Tehran faces last-minute negotiations with the world powers to save its tattered nuclear deal in Vienna.

Satellite images from Maxar Technologies seen by The Associated Press show scorch marks at a launchpad at Imam Khomeini Spaceport in Iran’s rural Semnan province on Sunday. A rocket stand on the pad appears scorched and damaged, with vehicles surrounding it. An object, possibly part of the gantry, sits near it. The state-run newspaper Arman wrote on February 27: “Since 2015, the Indians have been interested in reaching Central Asia and Afghanistan through the port of Chabahar. In 2016, an initial agreement was signed between Iran and an Indian company. Now, after almost four years of uncertainty about the fate of this port, it was announced that the Indians intend to leave the port of Chabahar!”

The Arman daily quoted the director-general of Sistan and Baluchestan Ports and Maritime Affairs as saying: “Recently, we have witnessed the refusal of shipment of goods from India to Afghanistan through the port of Chabahar. The reason is the improper infrastructure and all kinds of problems in the process of transferring goods from Chabahar to its destination. Meanwhile, some international media are reporting that Indian goods are being sent to Afghanistan via Pakistani ports!” As the army and the people of Ukraine have shown steadfastness and their resistance has raised international praise and recognition, an Iranian regime’s mouthpiece tried to belittle their resistance and minimize their suffering.

The Kayhan newspaper whose editorial policies are directed by the Supreme Leader’s office wrote in an article on March 1: “When a country is attacked militarily and if the people of that country imitate resistance as much as a scarecrow, they can defeat the enemy. When a country loses its cities in just 48 hours and the line of refugees becomes longer than the lines of those who want to take part in the battlefields, it means that the people of that country don’t know anything about resistance, even as much as a scarecrow.” 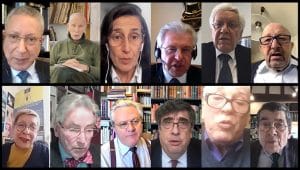 A panel of a dozen renowned human rights defenders and organizations held a virtual conference on Monday to raise concern over the critical situation of human rights in Iran. The conference took place in tandem with the opening day of the 49th session of the United Nations Human Rights Council, held in Geneva.

The participants, which included former UN judges, special rapporteurs, UN officials, and prominent jurists and human rights personalities, called on the UN to conduct an independent inquiry into the 1988 massacre of 30,000 political prisoners, a crime against humanity that has gone unpunished for more than three decades. 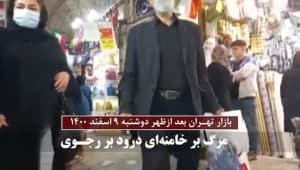 On the evening of Monday, February 28, the capital, Tehran, and Shahriar, west of Tehran, were scenes of yet another round of anti-regime slogans broadcast in public areas.

During afternoon hours people in the famous Tehran bazaar heard such slogans targeting the regime’s senior officials and calling for the overthrow of the mullahs’ establishment. 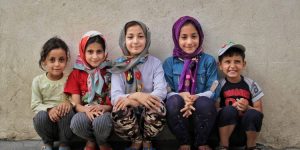 The corrupt and disarrayed regime in Tehran has pushed Iran to many interrelated political, social, and natural crises, including environmental degradation, unemployment and poverty, among other things. In Iran, due to the mismanagement of natural resources, sustainability is being hugely undermined in every aspect of environmental issues at the cost of future generations. The Iranian regime is facing unprecedented difficulties in maintaining its current infrastructure, housing, food, and educational facilities. The regime additionally is faced with everyday uprisings and protest actions of various sectors of the society demanding justice. February saw the Iranian regime ratchet up social clampdown in step with the growing discontent and the spread of popular protests.

The increasing repression was vividly evident in the regime’s persistent use of the death penalty and widespread arrests of civil activists and dissidents.

Torture, degrading punishments, and persecution of citizens continued in Iran. The regime violated the right to peaceful assembly by the arrest of a number of teachers, during the nationwide sit-ins and demonstrations of Iranian teachers.

Brave and Resilient, Iranian Women Lead the Fight for Freedom and Equality 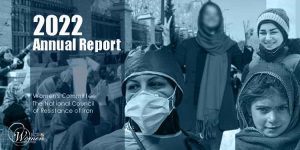 On the eve of International Women’s Day, the NCRI Women’s Committee publishes its Annual Report 2022, reviewing the past year as Iranian women lead the fight for freedom and equality in Iran. The recent beheading of Mona Heydari, a child bride, shocked the world. The heartless murder of this 17-year-old mother by her husband was the culmination of an incessant wave of honor killings and femicides in Iran over the past few years.

Iran: Coronavirus Takes the Lives of More Than 515,600 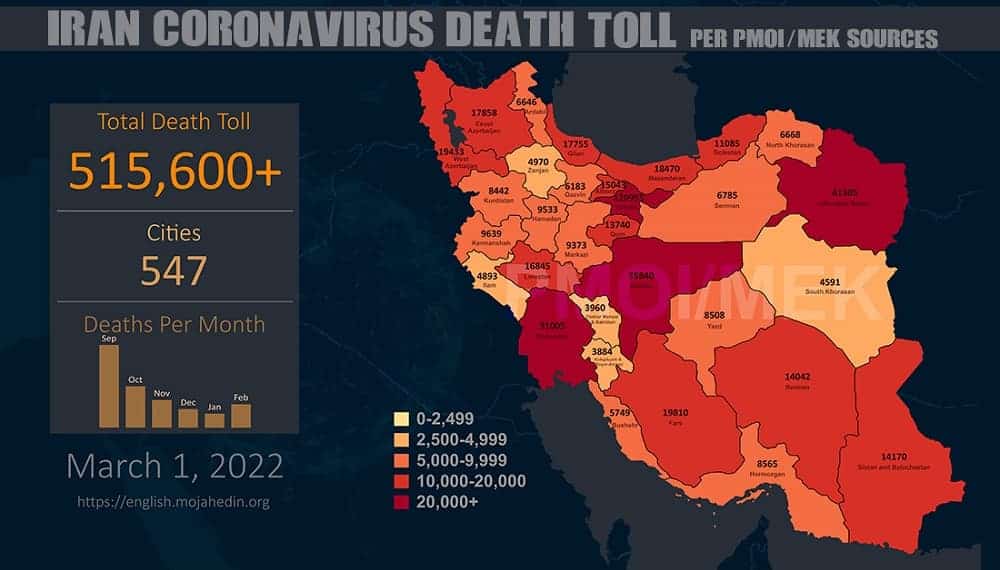