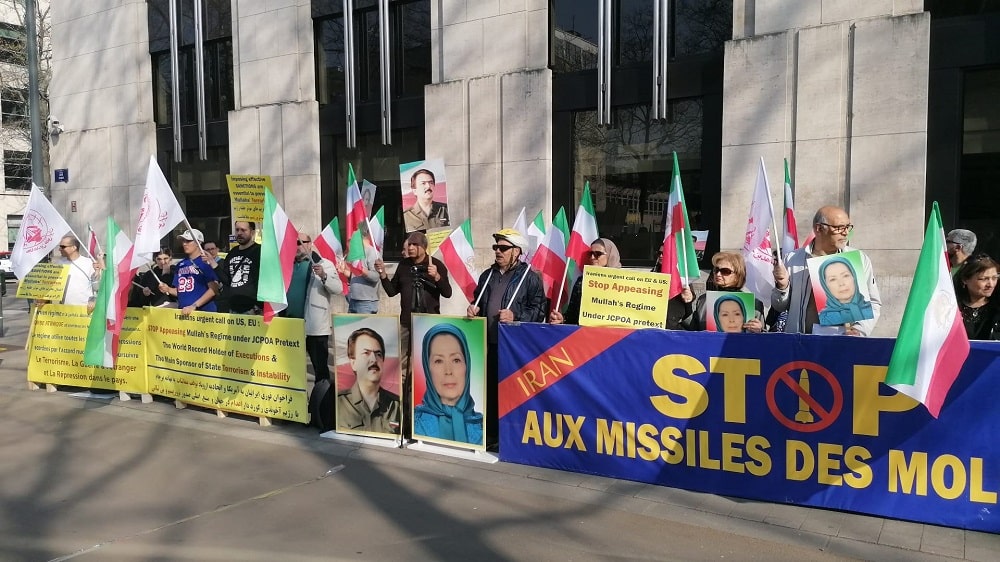 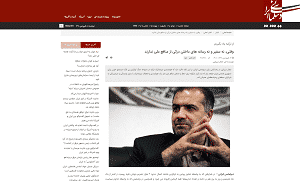 Following the remarks of the Iranian regime’s ambassador to Moscow Kazem Jalali who suggested Tehran intends to join the Russian financial transaction system called MIR, former MP Jalal Mirzaei called out the ambassador and called his remarks a blow to the regime’s interests.

“While in light of the Ukraine invasion, the international community strongly promotes anti-Russian and anti-Putin statements, even if we accept that the Islamic Republic of Iran has decided to continue economic and commercial cooperation with the Kremlin, which is a totally wrong decision and against the national interests, the more important question is why should this issue be made public?” questions Mirzaei in an article on the state-run website Diplomacy Irani (Iranian Diplomacy)

Referring to the long history of problematic statements of the Iranian regime’s ambassador to Moscow, the author continued: “In the midst of the pandemic, without conducting the necessary due diligence, the Iranian ambassador signed a contract with Russia to import about 50 to 60 million doses of Sputnik vaccine and used the latter for political, diplomatic and extensive media maneuvering. At the end of the day, we witnessed that the Russian side failed to fulfill its obligations to send this amount of vaccine to Iran and only about two million doses of Russian vaccine were sent to Iran. Those vaccines did not have the necessary credibility in the world, nor did they show the necessary efficacy against the coronavirus.”

Blaming the regime’s ambassador to Moscow for humiliating Ebrahim Raisi in his visit to Moscow, Mirzaei added: “Observing the sensitive domestic atmosphere in the country as well as considering the conflicts between the Kremlin and Putin himself, the Iranian ambassador to Russia could have suggested another time for the president’s trip to Moscow. But Kazem Jalali failed to come up with such a proposal. It must be said that Iran’s humiliation in Russia was due to the wrong advice of Kazem Jalali as the ambassador of the Islamic Republic of Iran to Russia. He is partially to blame for this untimely meeting  of Raisi with Putin.”

Telecommunication Tower Falls on a Residential Unit in Southeast Iran

Following strong winds in Zahedan, Sistan and Baluchestan Province, a telecommunication tower fell on a house and caused serious damage. The state-run website Eqtesadonline blamed unknown saboteurs and wrote today: “With the aim of destroying one of Irancell’s communication towers in Zahedan, an unknown person or persons committed a sabotage action and damaged this tower and intentionally caused it to collapse.”

Arab Leaders Stress The Importance of Facing the Iranian Threat

Reporting on the Quartet summit in Jordan, the Al-Arab newspaper wrote on March 26: “The demonstration of the power by the Houthis continues with a new wave of attacks targeting psychological centers in Saudi Arabia.”

“King Abdullah II of Jordan held a quadripartite meeting where Crown Prince of Abu Dhabi Sheikh Mohammed bin Zayed Al Nahyan, Egyptian President Abdel Fattah al-Sisi and Iraqi Prime Minister Mustafa al-Kadhimi gathered in Aqaba in southern Saudi Arabia,” the daily added. “Jordan’s official television channel reported that the meeting was held in a city overlooking the Red Sea, 325 km south of Oman, in a “consultative and fraternal” manner, focusing on recent international and regional developments. Observers said the summit, albeit small, would have implications for other Arab countries that see the Iranian regime and its weapons in the region as a threat, and that the priority of Arab meetings is now the issue of defense coalitions to prepare for international and regional developments.” 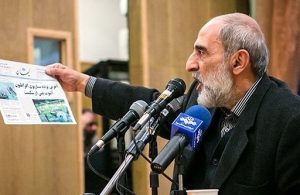 Following the statements made by the Iranian regime’s foreign minister Hossein Amir-Abdollahian in which he indicated that Tehran would drop its condition that the Revolutionary Guards be removed from the US list of terrorist groups, a number of officials criticized him for his remarks as being “dangerous” and expressed doubts about his eligibility to continue as Foreign Minister.

Reacting to the Iranian regime foreign minister’s remarks, Hossein Shariatmadari, the editor in chief of Kayhan newspaper, whose editorial guidelines are directed by the Supreme Leader’s office reacted with harsh words. Shariatmadari said: “Wat motives drove you to make these comments? You attributed the surrender to the IRGC commanders and called it self-sacrifice!”

The state-affiliated journalist Abbas Abdi told Jamaran website: “Is the fate of state institutions, especially the military institutions, in the hands of the officials of that very institution, to decide about being sanctioned or not? These arguments are dangerous.”

Last night, in a telephone interview with a state-run media outlet, the regime’s foreign minister stated that IRGC officials had allowed him not to make the removal of the Revolutionary Guards from the US State Department’s FTO list a priority in the Vienna nuclear talks.

Republican opponents of a new Iran deal are increasingly convinced the agreement is vulnerable and are focusing on a concession that could see sanctions on Iran’s Islamic Revolutionary Guard Corps (IRGC) reversed, according to sources familiar with the Republicans’ thinking.

The removal of IRGC sanctions has reportedly stalled talks in Vienna and is threatening to derail the accord at home. In the aftermath of a classified Senate briefing on the deal held last week that left members of both parties fuming, Republican staffers on Capitol Hill are circulating declassified U.S. military information detailing how IRGC-backed militias are responsible for killing more than 600 Americans in Iraq, according to a copy of that document obtained by the Washington Free Beacon. 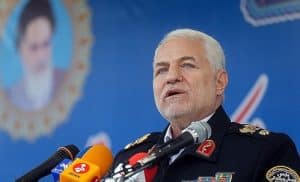 Kamal Hadianfar, the head of the regime’s traffic police, said today: “Every hour, two deaths and 29 wounded people are registered on the country’s roads. During the Nowruz holidays, 431 people died and more than 8,000 people were injured.”

According to the state-run website Tabnak, he also added that 35% of vehicles and 80% of the general fleet in Iran are worn out. Referring to 12 million motorcycles in Iran, he said that among them, 10 million and 500 thousand motorcycles are worn out.

He mentioned the lack of full lighting, surface differences, and damaged asphalt pavement as road problems and causes of accidents in these accident-prone areas. According to him, 17,000 people lost their lives and 360,000 were injured in road accidents in Iran last year.

The Fallacy of Khamenei’s Promise of “Knowledge-based Growth” 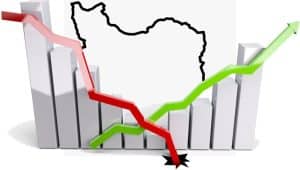 Khamenei’s remarks come at a time that Iran’s economy is beyond bankruptcy, with millions of people struggling with growing poverty, unemployment, inflation, and skyrocketing prices. 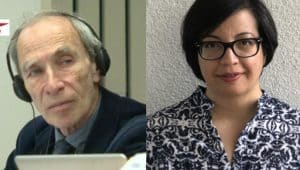 On Thursday, March 24, the trial of Hamid Noury, an Iranian regime operative for his role in the summer 1988 massacre of over 30,000 political prisoners, continued in Stockholm with Professor Eric David, a renowned international human rights law expert and president emeritus of the Centre for International Law in the Free University of Brussels, provided his expertise on this topic. On Wednesday, Shadi Sadr, another international law expert and one of the founders of the Justice for Iran organization, took the stand.

Iranian Children in Sistan and Baluchestan Denied Right to Education 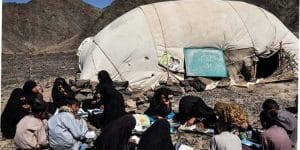 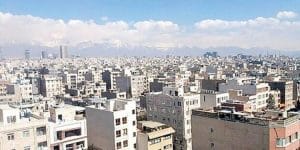 In Iran under the ruling mullahs, real statistics on the economy and other crucial matters are considered a matter of security and out of reach for the public. Transparency and accountability do not go hand in hand with the regime in Tehran. Specialized institutions often release some of the relevant statistics from time to time to avoid responsibility and accountability. Due to Iran’s crumbling economy, most Iranians have a very hard time making ends meet. Some food items have been replaced with low-quality alternatives at lower prices. Some families have stopped eating meat and are consuming vegetables instead as more people fall deeper into absolute poverty. Some are forgoing new clothing and wearing their threadbare clothes. In a letter from Rajai Shahr Prison in Karaj, a jailed civil activist who has been deprived of medical leave for months wrote about his observations about the ‘weekly executions’ plan and the hanging of up to ten people every Wednesday morning in this prison.

In his letter published on Thursday, March 24, Saeed Eghbali described the “sound of cars coming and going on Tuesday nights to carry out the execution.”

March 22, 2022—As Iranians mark the beginning of the new Persian calendar year and century, the mullahs’ regime has left very little for Iran’s people to celebrate and be joyful about.