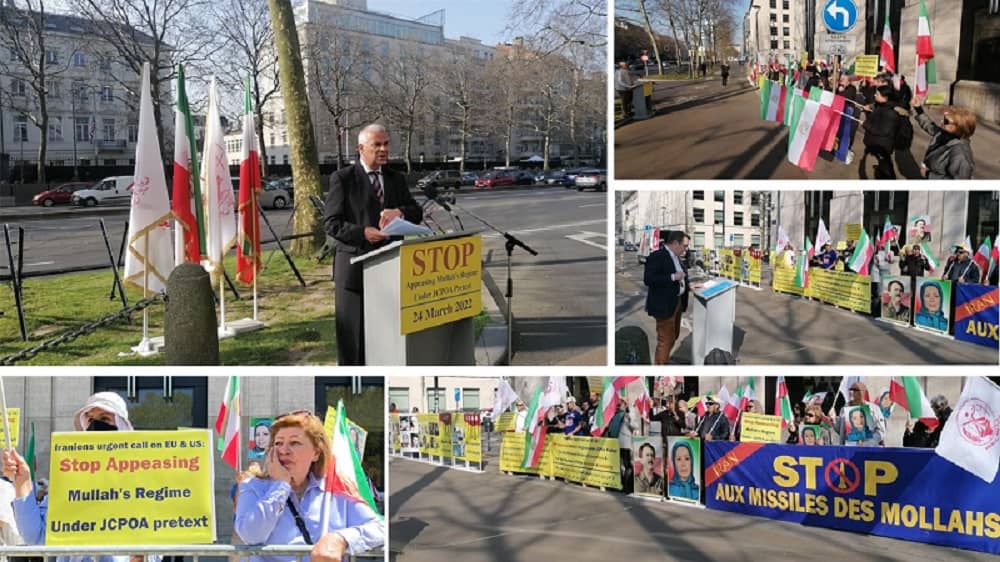 The Arab Coalition Information Office announced on Saturday, March 26 it had targeted four bombing boats in the port of Al-Salif during an air operation and succeeded to thwart an imminent Houthi attack on tankers in the Red Sea.

According to al-Arabiya, the coalition had previously said that the Iranian regime-backed Houthi militant group are using protected sites such as Sanaa International Airport and al-Hudaidah Port to launch drone and ballistic missile attacks on Saudi oil facilities.

The Biden administration is playing with fire as it considers lifting the formal terrorism designation on Iran‘s elite military force, former U.S. officials and national security scholars said Friday, warning that American lives will be at greater risk if Washington makes such a concession in a bid to revive the 2015 Iran nuclear deal.

The debate over whether to pull Iran’s Islamic Revolutionary Guard Corps (IRGC) from the State Department‘s official list of “foreign terrorist organizations” has become a flashpoint in Vienna, where negotiators from Iran, the U.S., Russia, and a handful of other nations are seeking the revival of an Obama-era deal limiting Tehran‘s nuclear program that President Trump repudiated in 2018. The IRGC — which backs militant groups that routinely target U.S. forces in Iraq and Syria, and itself claimed responsibility for a ballistic missile attack in northern Iraq earlier just weeks ago — was put on the terror list in 2019 as the Trump administration was re-imposing sanctions and ratcheting up a “maximum pressure” campaign on Iran.

Brussels, March 24, 2022 – Iranian Resistance Supporters: No to a Nuclear Iran, No to the Appeasement Policy on Iran’s Regime 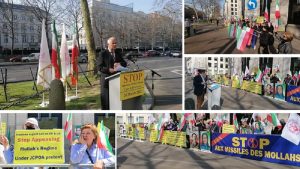 Brussels, March 24, 2022: Iranian community in Belgium, supporters of the National Council of Resistance of Iran (NCRI), and the People’s Mojahedin Organization of Iran (PMOI/MEK)staged a rally in Brussels in front of the U.S. embassy. This rally was simultaneous with the U.S. president, Joe Biden, in Brussels participating in the NATO Summit. Freedom-loving Iranians protested the U.S. concessions during nuclear talks to appease the mullahs’ regime. 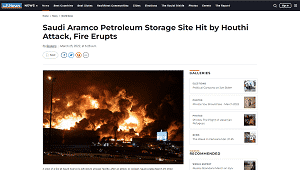 A huge plume of black smoke could be seen rising over the Red Sea city where the Saudi Arabian Grand Prix is taking place this weekend, an eyewitness said.

Documentary: 1988 Massacre of 30,000 Political Prisoners in Iran and the Role of Ebrahim Raisi 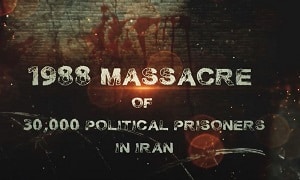 A documentary produced by the National Council of Resistance of Iran(NCRI) looks at the 1988 massacre in Iran. In this genocide, more than 30,000 political prisoners were executed in prisons across Iran based on Ruhollah Khomeini’s fatwa. More than 90% of the massacred were members and supporters of the MEK.

Within months after the 1979 revolution, Ruhollah Khomeini labeled anyone challenging his rule as “corrupt” and started an agenda to eliminate all political dissidents.