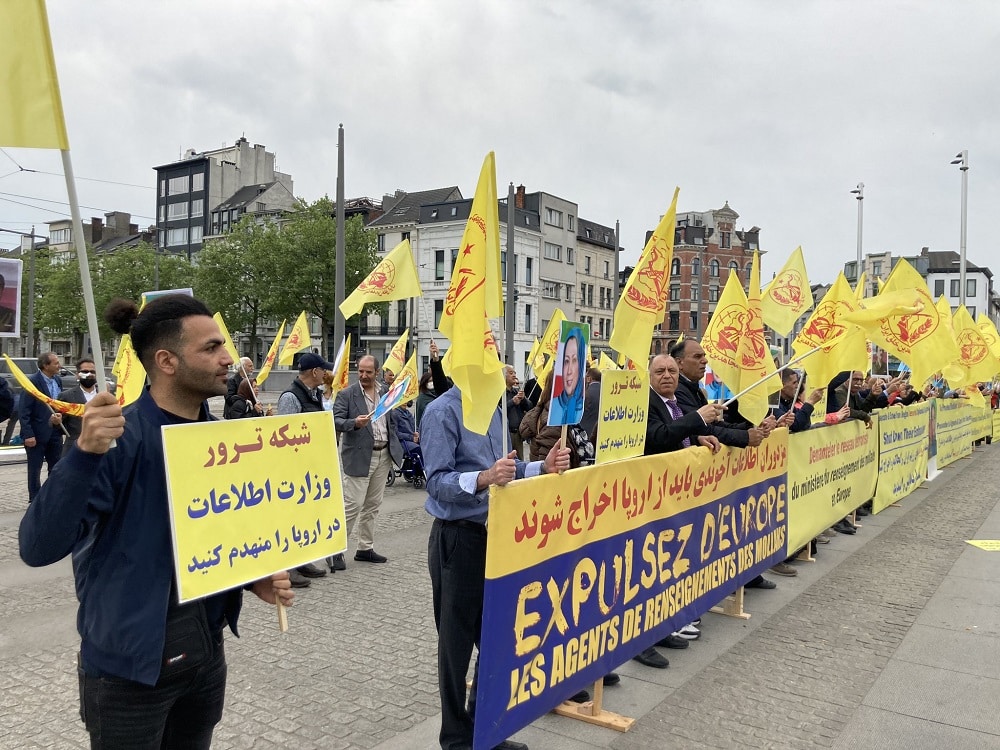 This evening, according to reports and footage posted on the Internet, the youth of Dezful, Khuzestan province, held large-scale demonstrations and protested against the state’s economic policies that are leading to skyrocketing prices of basic food items. Calling out the Iranian regime’s president, they chant: “Death to a Raisi!”

Also today, May 11, new videos of rallies in Izeh emerged that show the youth protesting the soaring price of bread and basic livelihood items.

As the Iranian regime has partially cut off or slowed down the Internet in troubled areas, people have not been able to post their videos and photos but new images are being posted gradually.

Also today, residents of Sar-e Pol-e Zahab in the Western Kermanshah province protested against the rampant prices. According to sources, the people were attacked and suppressed by the paramilitary Basij forces. 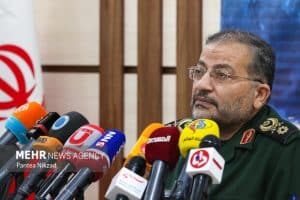 On Wednesday evening, while conducting a speech at the opening ceremony of “Literacy Training Centers” in Shiraz, Basij chief Gholamreza Soleimani said: “The enemy is using tools such as the internet to discourage people in the Third World, especially the Islamic Republic of Iran, by producing content in well-equipped centers in Albania. They monitor and send generated messages.”

The head of the Basij organization emphasized: “While the enemy has not neglected to sanction our food, medicine, and our daily needs, the only way left for them today is through this soft war and cyberspace. This is why the people must establish a cyber base consisting of young revolutionary believers who are proficient in cyberspace techniques and specialize in content production.” 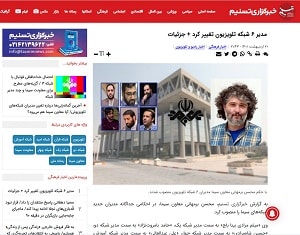 Following an order by the Iranian regime’s propaganda apparatus deputy director Mohsen Barmahani, the directors of 6 state TV channels were removed and replaced.

Concluding its report, Tasnim speculated: “We have to see if more changes are going to take place in our TV stations and how many networks are going to proceed with their efforts without such replacements.”

Tasnim did not elaborate on the reason for these changes.

On January 27, the Iranian regime’s state television Channel 1, the Quran Channel as well as 25 other TV and radio networks were disrupted and more than 600 servers were eliminated. The Iranian Resistance reported from sources inside Iran that following the occasion, security forces stormed IRIB headquarters and quarantined the area. Accordingly, the regime’s propaganda apparatus has been through a period of screening and surveillance to find out penetration and “malign actors” within the system.

Once Again IRGC Attacked Iraqi Soil and Violates Its Sovereignty 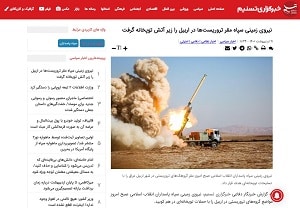 According to the Quds Force-run Tasnim news agency on May 11, last night the Iranian regime’s Revolutionary Guards shelled artillery and fired rockets at the Iraqi Kurdistan region.

In a statement, the IRGC officially claimed responsibility for the attacks. The statement said: “Following the recent atrocities committed by terrorist groups affiliated with the global arrogance in sending terrorist teams to infiltrate and carry out sabotage operations against the country’s security, this morning, the northern region of Iraq was targeted and destroyed by fighters from the IRGC’s Hamza Seyyed al-Shuhada base.”

Maryam Rajavi: The Ruling Today by the Court of Appeals in Antwerp Is the Decisive Defeat of the Clerical Regime 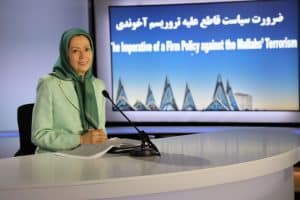 The Appeals Court of Antwerp, Belgium, announced its final verdict on Tuesday, May 10, 2022, regarding the clerical regime’s terrorist plot to bomb the 2018 annual Free Iran gathering of the Iranian Resistance in Villepinte, Paris. Following the announcement, a virtual conference was held connected with Ashraf-3, the seat of members of the opposition PMOI/MEK in Albania. The conference featured various international dignitaries and private plaintiffs, some of whom addressed the meeting. In recent months, protests over social, economic, and environmental issues have escalated in Iran. The response of the country’s security forces – usually a mix of riot police and plainclothes security forces of the Islamic Revolutionary Guard Corps – to the protests is nothing more than to suppress them. Iranian teachers, factory workers, and labor activists have taken to the streets across the country to express their dissatisfaction with the Iranian regime. In addition, farmers have protested water shortages, and villagers have protested sanitary waste disposal problems.