Maryam Rajavi: The Iranian People and the Organized Resistance Are the Decisive Factors in Developments Pertaining to Iran 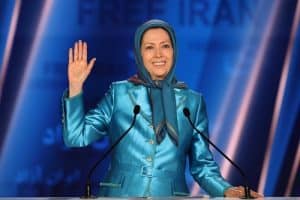 On Monday, May 16, 2022, Michael Pompeo, the 70th U.S. Secretary of State, visited Ashraf-3, Albania, home to thousands of members of the Mujahedin-e Khalq (PMOI/MEK), and met with Mrs. Maryam Rajavi, the President-elect of the National Council of Resistance of Iran (NCRI). He also visited the Museum of 120 years of Struggle for Freedom in Iran and later addressed members of the MEK in Baharestan Hall at Ashraf-3. Maryam Rajavi addressed and welcomed Secretary Pompeo.

In Iran, the Regime Seeks Economic Solutions in Plundering the People 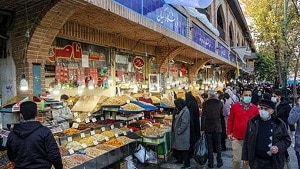 On April 8, Iranian regime President Ebrahim Raisi said revoking the country’s subsidized currency exchange rate will not cause a shock to Iran’s economy. Less than a month later, rising inflation and skyrocketing prices are leaving tens of millions of people unable to purchase their basic necessities, including even bread.

The price of wheat has jumped 100 percent compared to three years ago. Flour prices have jumped between 500 and nearly 700 percent. The price of ordinary sandwich bread has increased by a whopping thirteen-fold. Cooking oil prices have increased by more than 750 percent. Rice has seen a price hike of 130 percent in the past six months alone. Medicine is costing an average of 1,000 percent higher.

The ‘Policy of Poverty Is Accelerating Iran’s Regime’s Downfall Iran’s economy is heading to no man’s land. The country’s economic crises are tuning into major political obstacles for the Iranian regime and have reached the stage beyond repair. Problems are increasing, congesting, and are becoming incurable.

Therefore, the regime will face new social upheavals, but this time it will be led by starving people. This situation is the result of the “expanding government influence over the past four decades,” as the regime’s media have stated.

In a recent publication, the state-run daily Jahan-e Sanat wrote, “Officials are aware of the social ills, but their strategy is to take advantage of the country’s impoverished situation. The impoverishment of the people is a divine gift for government officials. The people in power are also the ones who have taken the country hostage.” Political prisoner Mohammad Ali (Pirooz) Mansouri has been deprived of necessary medical care and sick leave. He has been serving his 15th year in Raja’i Shahr Prison in the city of Karaj, near the capital, Tehran. Mansouri’s daughter, Iran Mansouri, wrote a letter to Javid Rahman, the Special Rapporteur on human rights in Iran, expressing concern about her father’s condition.